The Oliver + S, Pinwheel Slip Dress has been a favorite of EA’s for QUITE. SOME. TIME. 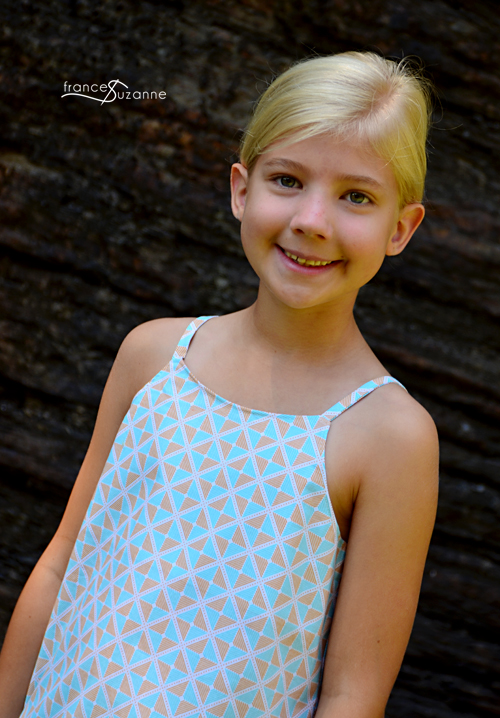 Some of our “early creations” for her can be seen HERE {the first one} and HERE {for a particular Disney character}.

So, this is a pattern that has withstood the test of time . . . and the love continues on!

A few years ago, when we were lamenting the fact that the Oliver + S, Swingset Tunic only goes through a size 5, we ran across a post on Facebook. It was probably on the Oliver + S Friends page, but we really can’t remember for sure.

Anyway . . . someone BRILLIANTLY mentioned using the Pinwheel Slip Dress and modifying it to be a top.

It would be similar to the Swingset Tunic {at least the straps . . .there wouldn’t be a yoke, like the Swingset}, and serve a similar purpose. So, we went with it! 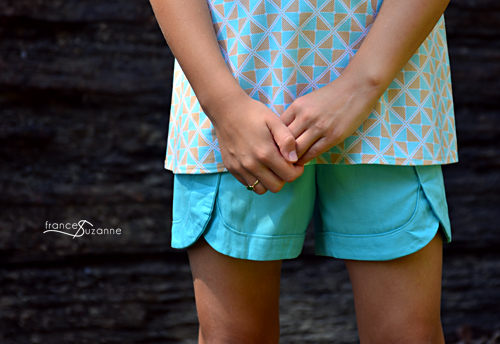 Let’s just say, it was the start of a “beautiful friendship”!! 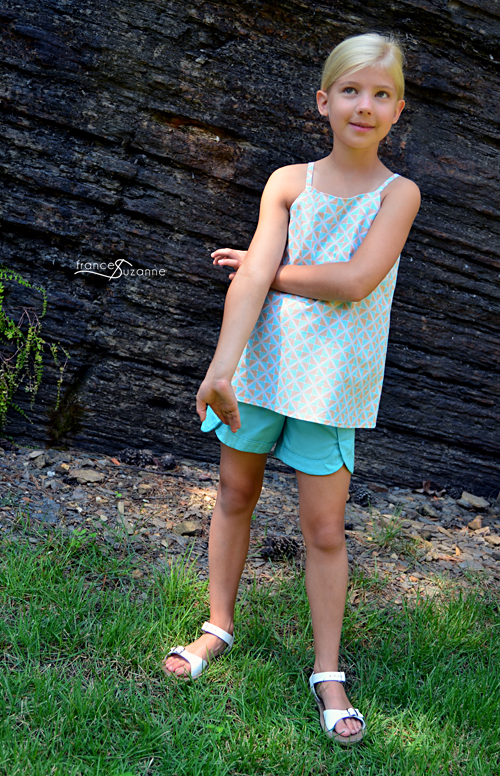 **Fabric was previously used for THIS CREATION {another Oliver + S pattern}.