Well, what do you know? We never completed our “Sewing for Disney” series – that was begun years ago. . . 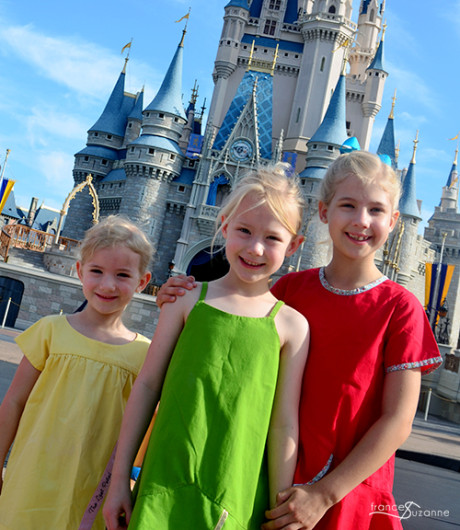 Nothing like picking up a dusty old series again! 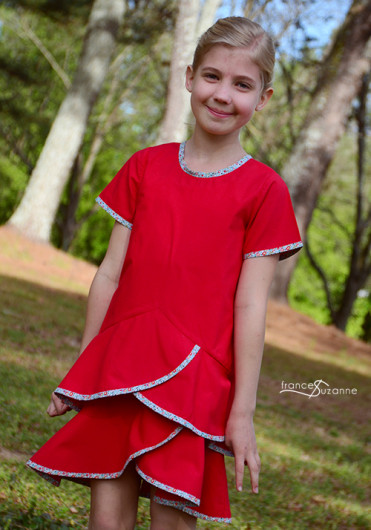 We actually had three more Disney creations made that were never shared. 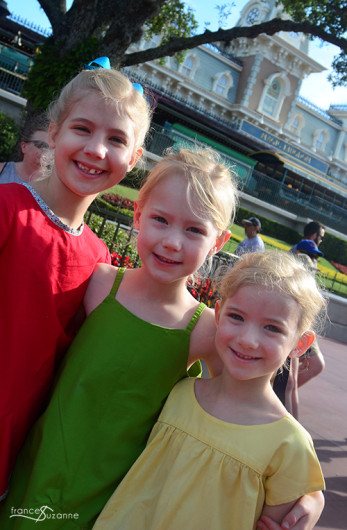 And, there is no better time than the present to share them. 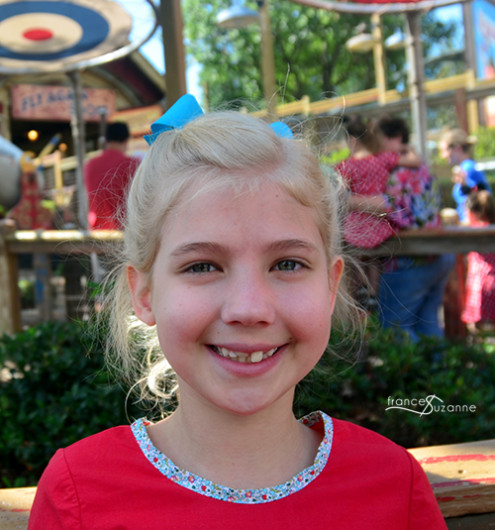 Elena was a new Disney character for the girls . . . with the series beginning between our trips to Disney.

She became a favorite soon afterwards, so EA requested an outfit to represent Elena. 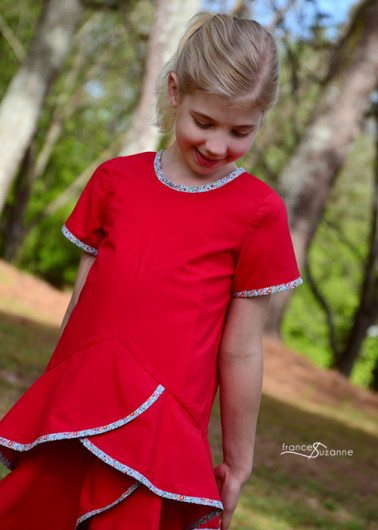 We sewed an Oliver and S, Pinwheel Tunic and Slip Dress in a size 8. 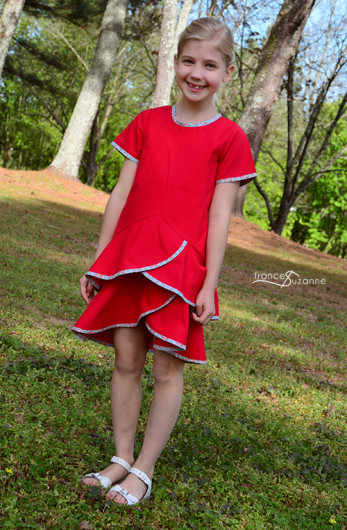 Then we added Elena’s accent color of cyan through bias binding. No Big Dill’s tutorial of continuous bias binding was extremely helpful in the process. 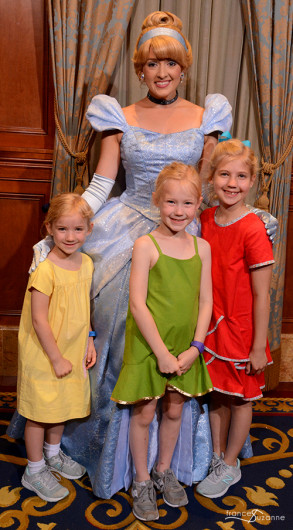 Instead of closing the back of the tunic with a ribbon tie, we opted to add three cyan buttons – again, tying in the accent color of Elena. 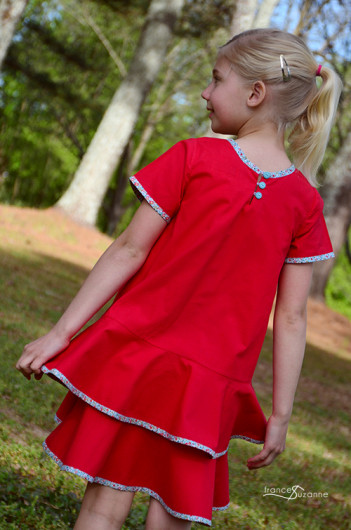 Believe it or not, this was the first time we sewed this pattern in its entirety. We use the slip dress portion of it a lot – as dresses AND tops, however the tunic portion was a “first sew” for us. 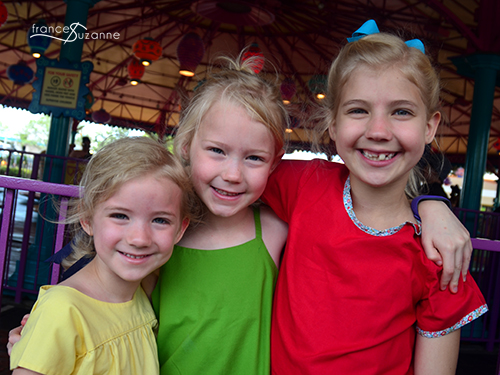 We loved the complete look more than anticipated! And, it was definitely “child approved” at Disney . .  .and once we returned home. 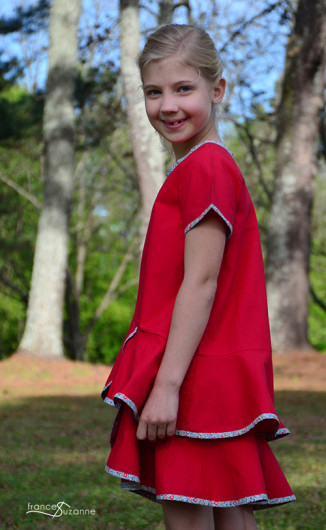 Again, a Disney inspired outfit that works in other locations than Disney!

If you need a refresher on the other garments of this post, you may read more about Tinkerbell (HERE) and Belle (HERE).