Remember how we mentioned the girls’ wish lists for Disney characters to represent?

We say time and time again that we don’t sew much for LG. And for our upcoming Disney trip, we could have taken some sewing shortcuts along the way. Technically, she didn’t need many “new sews”.  Four of the original Disney garments {shown HERE} were making the trip with her, and three others {Merida, Mickey Mouse, and Mulan} were packed as “extra ones”. 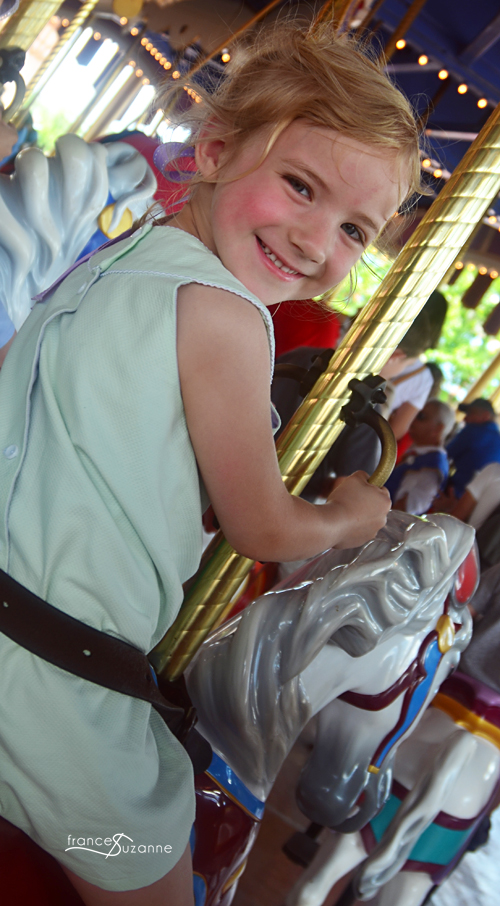 That list was coming back to haunt us . . . because we wanted her to be the recipient of some of her wishes as well.

It probably was due largely in part to her LOVE of the original Ariel outfit we made her sister.  She struggled letting that one go from her closet. . .

Then, we worried she might want an exact copy of the original . . .but we didn’t give her the option. 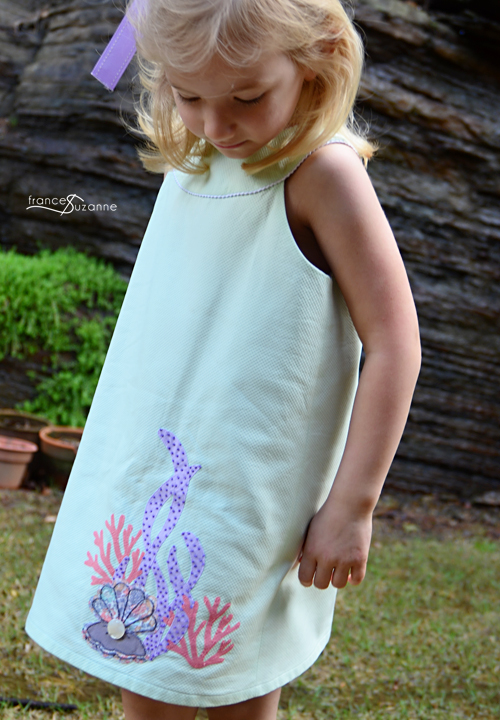 We sewed a Children’s Corner, Jacqueline {size 5} to represent Ariel.

The color scheme of mint and lavender were a MUST in the design.

The mint, waffle weave fabric was piped with white scallop trim around the neckline.

The hem line was accented with two varieties of sea life. We created the design by combining three black and white images {coloring sheets found online}, layering them over one another. We cut the individual pieces, and then interwove them between one another to give the design depth. You can find our original design {as a group or individual pieces}, and can enlarge or reduce the size accordingly.

Then, an oyster and pearl were placed in the forefront of the accents.

The pearl was a shank button, which we thought was a pretty cool idea.

We wanted to add more texture to the lavender sea life, so we opted to embroider random french knots in royal purple throughout it. 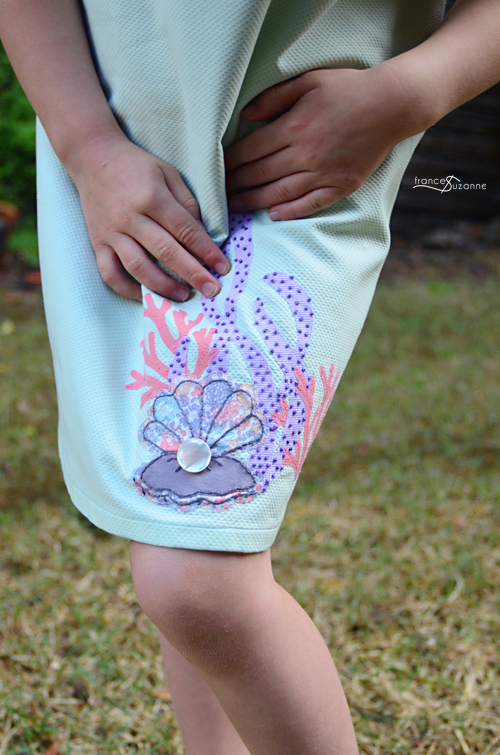 The smaller, coral sea life was left “as is” with no embroidery.

Heat n’ bond {affiliate link} was our friend through this project – holding the pieces in place as we sewed. 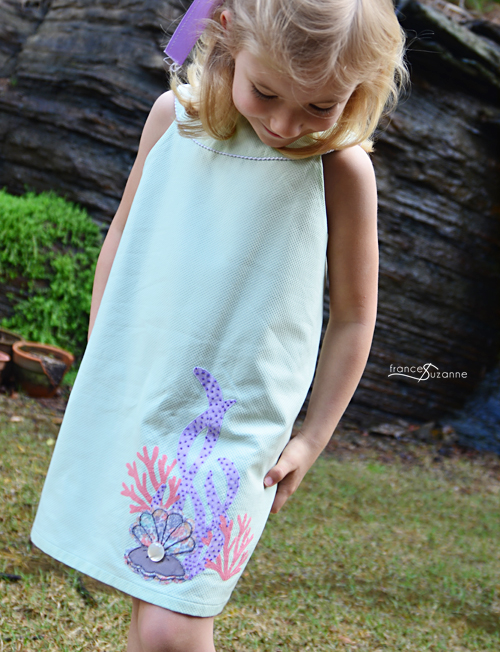 
The embroidery and applique on that dress is awesome! I’m glad LG loved it.


Beautiful and subtle Ariel dress. The applique work is gorgeous!


Thanks ladies! We are glad it passed LG’s approval :)!