The Children’s Corner, Lillian is such a good pattern to alter / modify. We have enjoyed playing around with this pattern on multiple occasions {adding a ruffle collar and an inverted pleat}, and tackled it once again with a little honeycomb smocking. 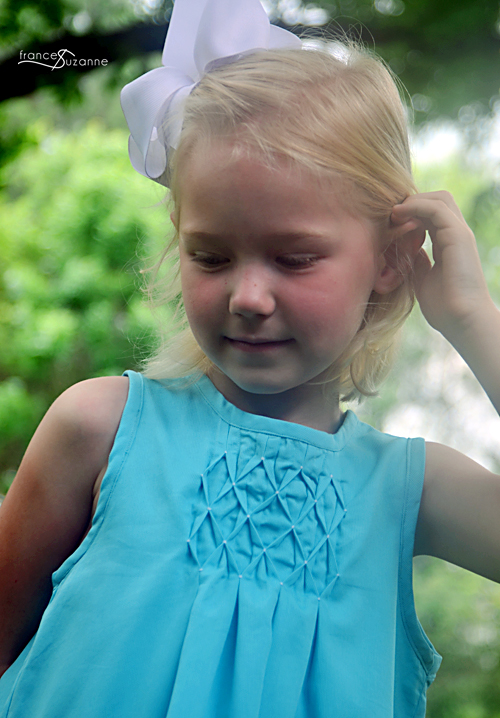 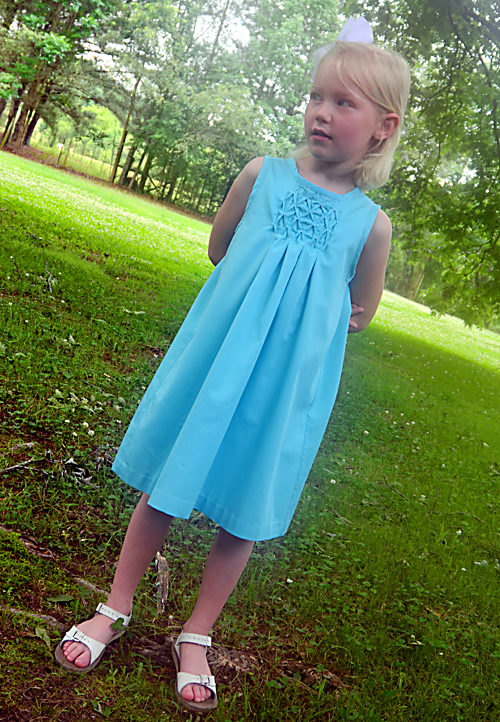 Then, we added some honeycomb smocking with white DMC on the front of the dress. 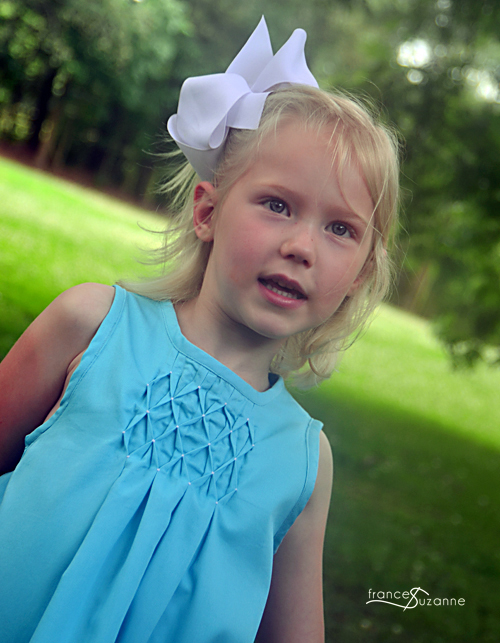 In addition to the front details, we placed two inverted pleats on the back of the dress to offset the fullness of the front smocking. 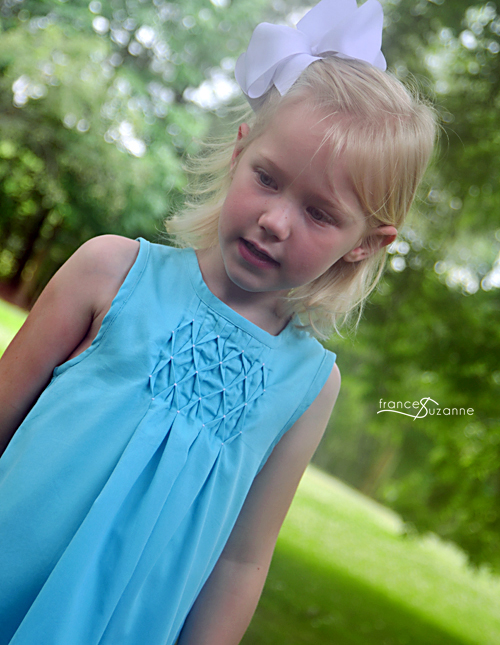 Once again, we didn’t line the dress . . .but added a bias neck band, a placket on the back of the dress, and additional length to include a hem. 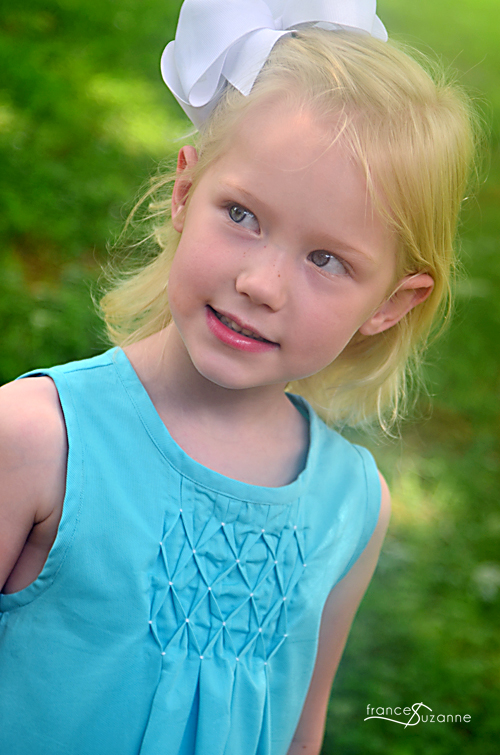 While we liked the look of the dress, we still wanted to play around with this technique a bit more. 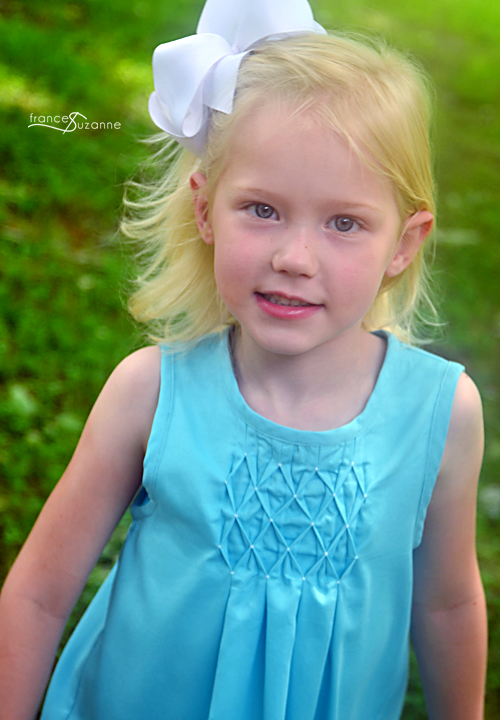 So, another dress for another niece was moved to the top of our sewing “to do” list. 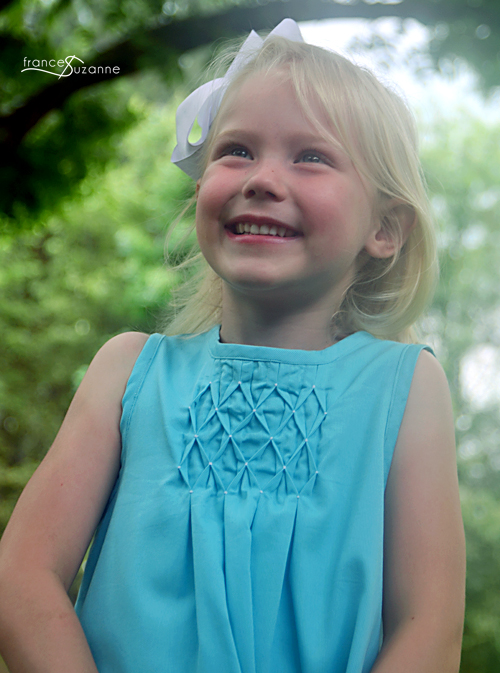 But that outcome is for another day . . . and another post. 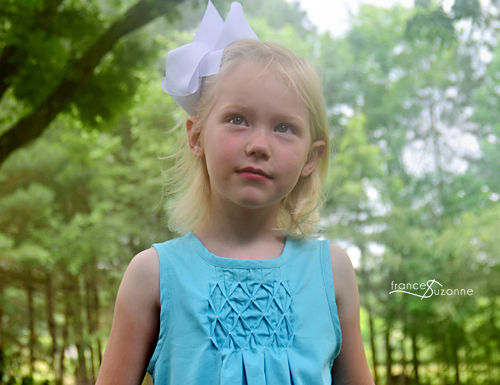 As for the photos, note to self: In the south, allow the camera time to acclimate to the hot / humid conditions before taking photographs. CL was soooo agreeable, but the camera was not!! 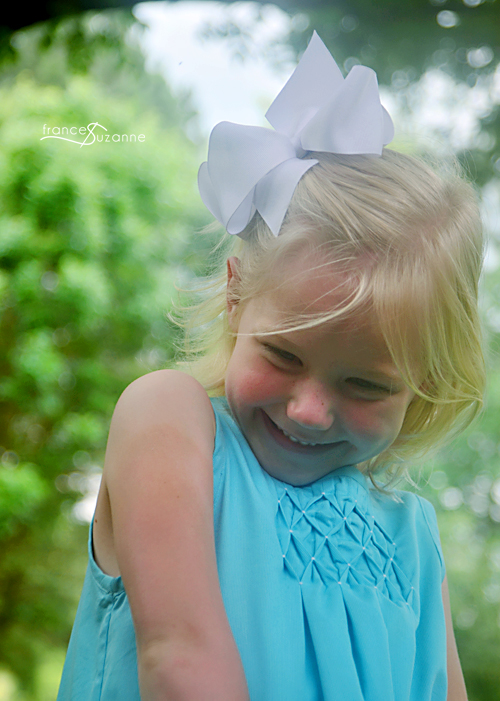 Editing was attempted, and it helped the situation . . . but it still wasn’t as crisp as we would have liked it to have been.


Love It! CL is ADORABLE and so is the dress! I like the Lillian pattern with fullness added better than the pattern as originally drafted.


What a compliment! THANK YOU!