After CL’s modified Children’s Corner, Lillian {that included some honeycomb smocking}, we wanted to sew another one . . .for another niece.

As the oldest niece, EA’s closet always holds less than the other nieces.

She doesn’t have the benefit of handmade clothing being passed down to her, so she tends to have gaps in her wardrobe selection.

That said, we opted to sew the second, modified Lillian with honeycomb smocking for EA. 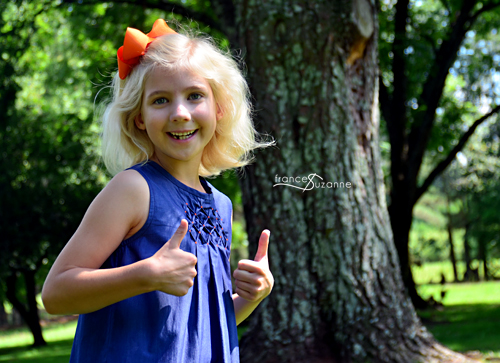 We sewed a size 7, Lillian – adding the honeycomb smocking to the front and two pleats down the back of the dress.

Since we eliminated the lining, we added a bias neck band and a placket down the back of the dress. 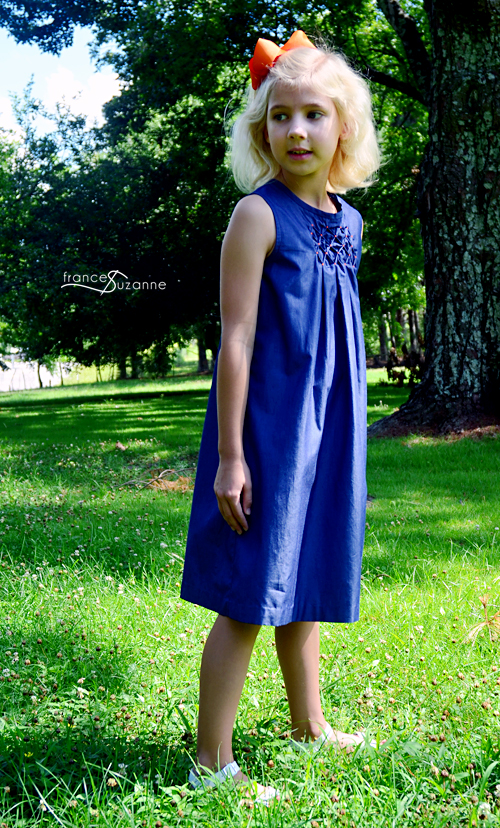 This garment was not originally on our sewing list, so there was no set plan for the fabric and buttons.

When in doubt, go with “Fall Fabric” we say!! Time and time again.

The stark contrast of the orange and navy worked well with the honeycomb smocking.

The navy fabric has been WONDERFUL, and one of our best purchases to date!! 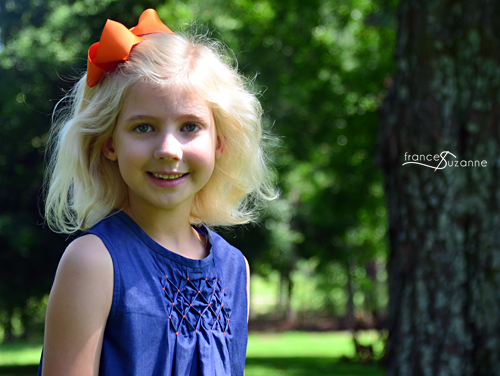 We bought it at the 1st annual, Farmhouse Fabrics tent sale, and it has come in handy on multiple occasions since then. 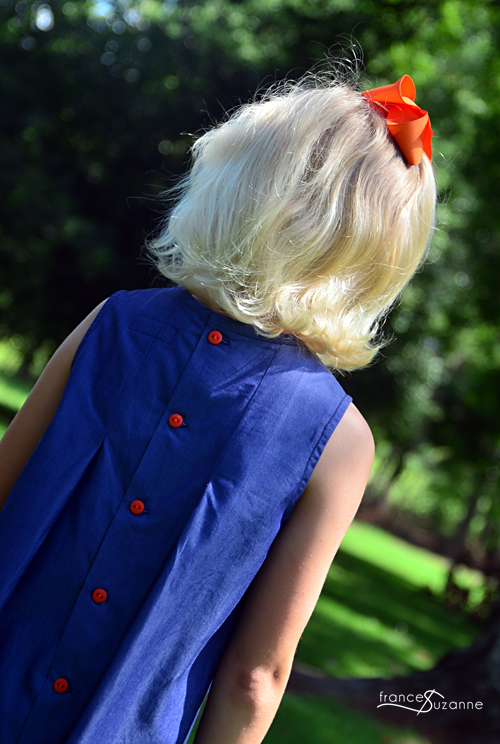 As for the orange buttons?? They were a perfect way to give a pop of color on the back of the dress!


Another beauty! I love the color combination, Bright colors look great on EA. I was the oldest in my family growing up, too. I also grew like a weed and my closet never had the amount of clothing that my younger and slower growing sister had. Every time I got a new dress, my sister got one also. I remember counting 22 dresses in her closet that fit her when she was 7 or 8. I had to work on myself for feeling jealous!


I love the honeycomb smocking on the Lillian and the tucks in the back. Could you share how you adapted the pattern to allow for the smocking and tucks? Thanks so much.