Many times when the nieces come for a visit, we have a low-key sort of weekend….

But between the snow, and the community college’s weekend performance of “Disney through the Decades”, it was anything but low-key! 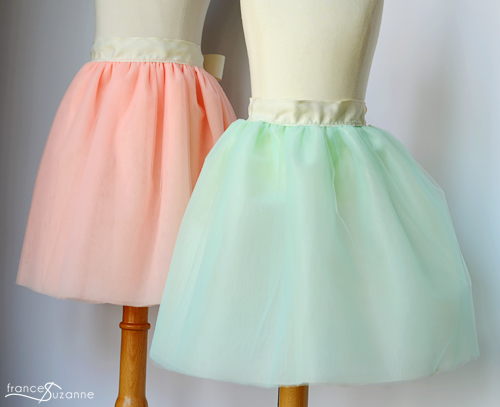 Okay, okay….So, we bent some rules and broke the girls’ curfew!! Although we were all past going by the end of the performance, two girls had the time of their lives.

EA has only gone to less than a handful of movies and CL has not been to the movies yet, so this was a pretty BIG DEAL! 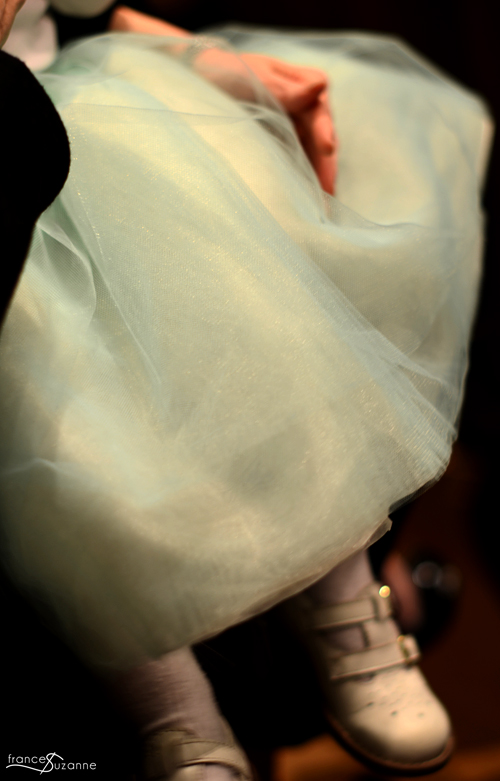 It was a very child-friendly event, and children were encouraged to dress-up for the performance. We made both girls Oliver + S, Little Things to Sew tutus for the event, thus creating a “textured garment” for them {cue: our 2015 Word of the Year}. Since the tutus would be used interchangeably, we sewed the same size for both girls. 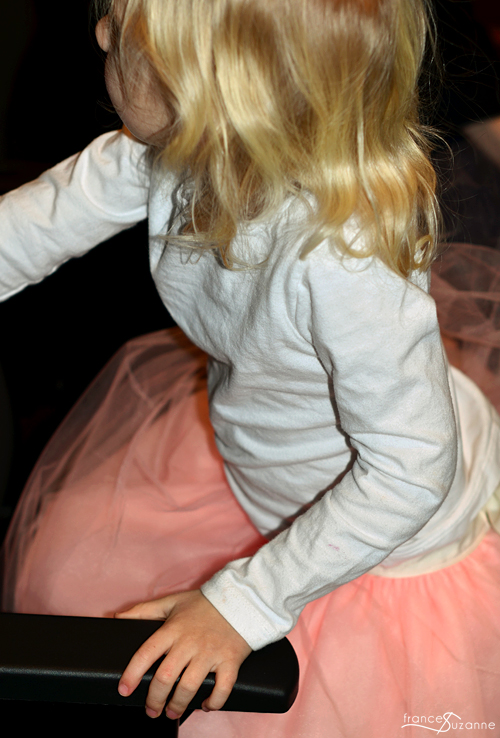 The premise of the show? A dozen singers sang and danced to classic Disney tunes through the years. And, since the nieces had limited movie knowledge – most tunes were new to them. 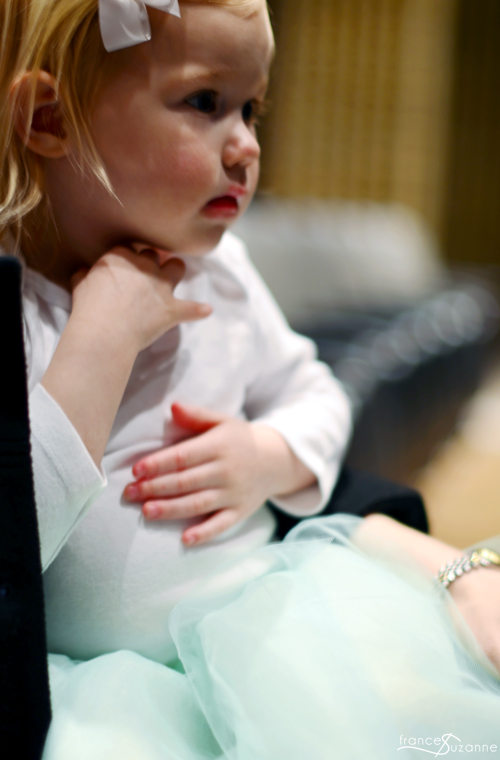 Yes, they knew the Mary Poppins ones {CL told her Grandmomma about those the next day} and Frozen ones…but past that, none.

That didn’t dampen their spirits in the least. Mesmerized would be the word that comes to mind… 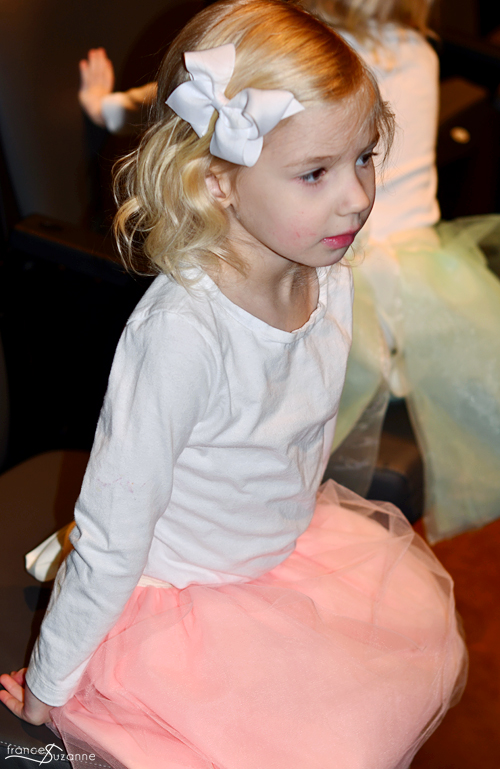 EA wanted to know what movie each song was sung and a summary of what the movie was all about.

CL, on the other hand, wanted to dance, dance, dance. She took to the aisle, had to be rounded up a handful of times {as she made her way closer and closer to the stage} and lost her tutu at one point in the show. HILARIOUS!

Mickey Mouse, Tinkerbell, Belle, and Elsa made an appearance in the show….and the entire cast dressed as other Disney characters for the finale {but we were gone by that stage}. 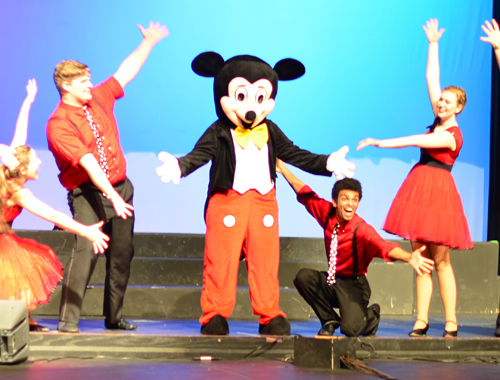 “The REAL Elsa” was there, according to EA – so, amazement ensued! 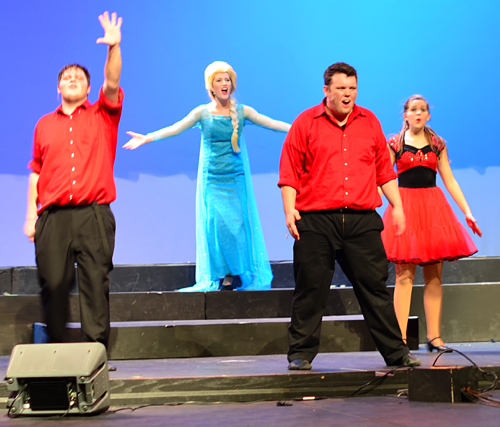 The sound crew especially enjoyed her curiosity when she loudly asked, “Is that the REAL Elsa??” 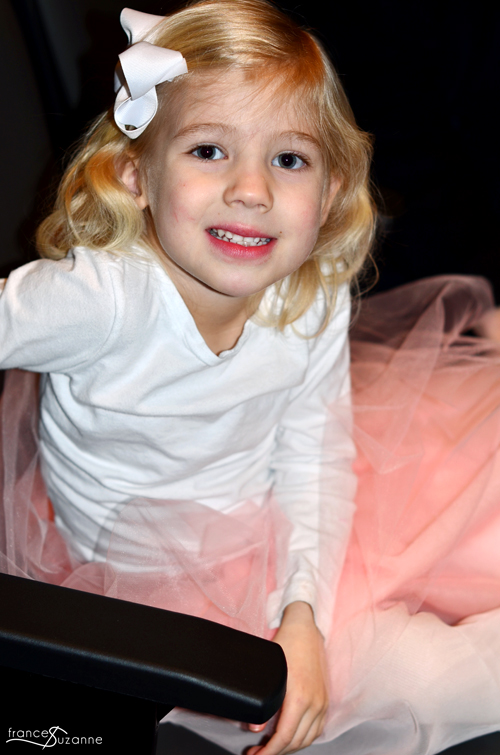 By the time we left, both girls were exhausted. As we headed for home, CL stated, “I don’t feel good.” and within seconds had fallen asleep. Absolutely past going!! 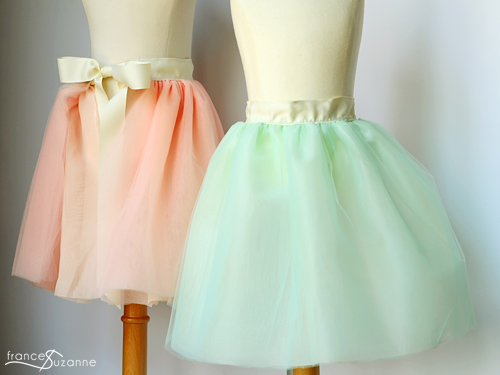 And so the Valentines Party Tradition for the year has come and gone!! It was such a fun weekend, from beginning to end! Now, to begin thinking about next year’s celebration because we really amped it up a notch this time around…


I vowed never to make a tutu either – and have stuck to my guns! It’s funny – Julia is not a movie kid – she saw Frozen, we bought the DVD, and she’s never watched it again. She hasn’t really seen any other Disney movie – just not able to sit still for that long. We did go to see the Paddington Bear movie – I highly recommend it – I would see it again….your nieces are such lucky girls!


Thanks for the movie recommendation! The girls get “stuck” on whatever they’ve seen last, and have a limited list of those. They get most of their “princess knowledge” through books….


These tutus are beautifully sewn! What lucky little girls your nieces are!