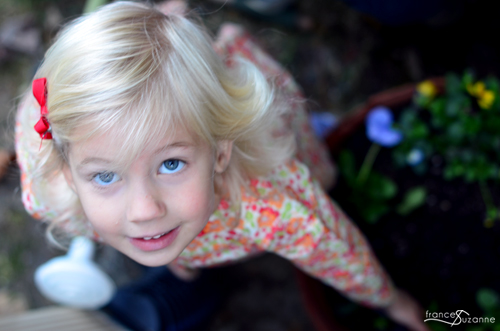 So, our sister put in a request…..and if you follow along, you’ll know she doesn’t do that very often {*and she graciously accepts any creation sent her way time and time again}!!

You see, last Fall/Winter, EA’s go-to attire was the Oliver and S, Playtime Tunic and Leggings {ie: our first “date” with Mr. Knit}. 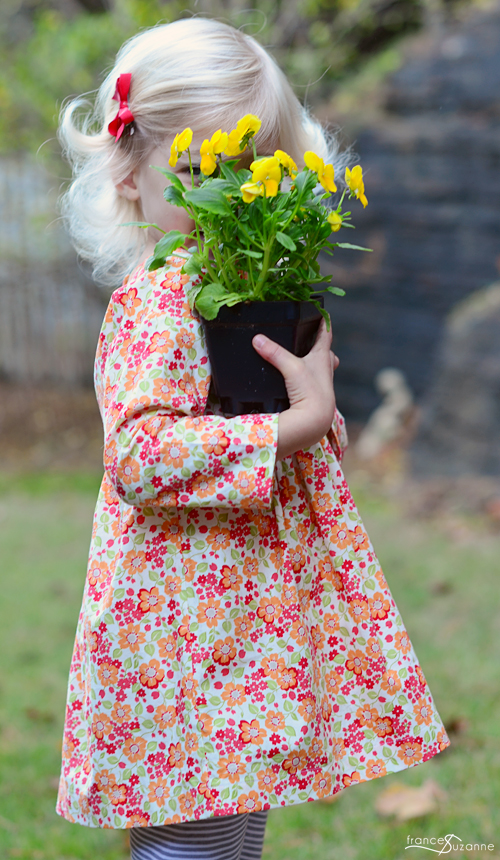 The original, finished garment was a SUCCESS….to put it mildly!

That outfit has been worn, worn, worn, and worn some more.  It’s doubtful CL or LG will ever have the benefits of wearing it! 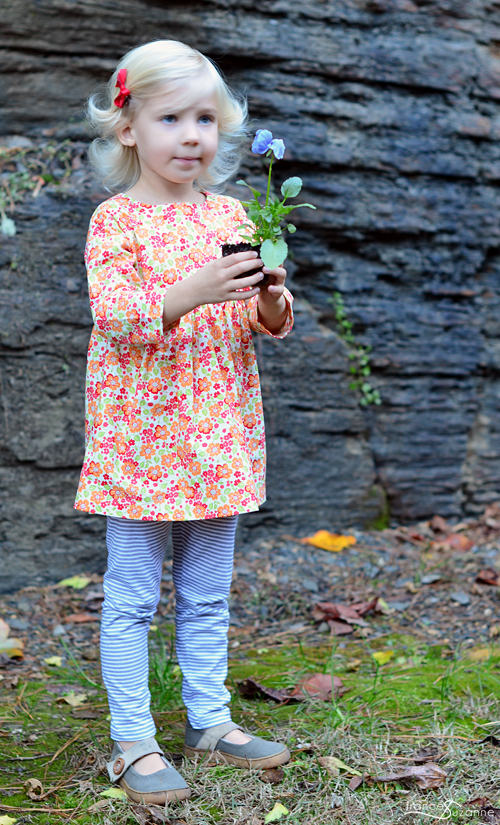 *Just like the flower in the photo below….do you see the difference between the above and below photo??

Yep. It took all of three minutes!! 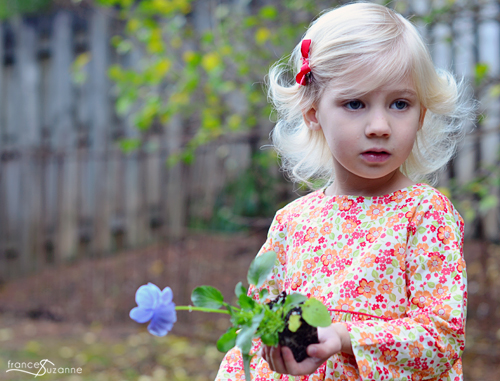 Sister Momma’s request went something like this…”Do you think you could make EA another outfit – like the hydrangea one from last year?”

So, we did….but we fudged a bit. “Mr. Knit” wasn’t invited on the tunic date. 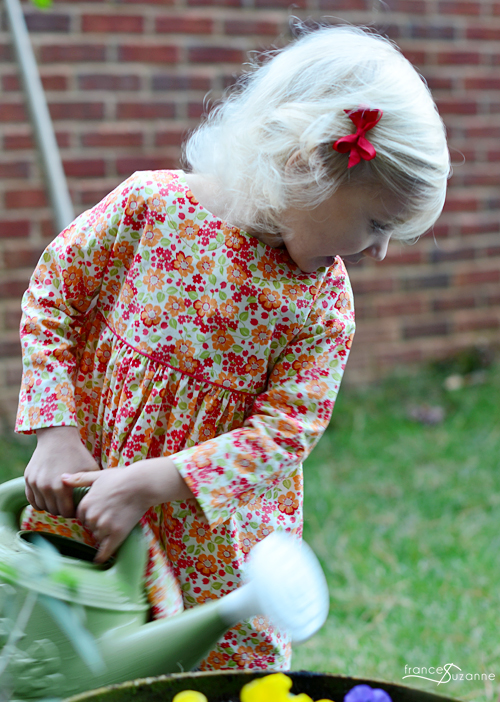 Still, there may be hope yet! We’ve bought some knit that could easily be paired with the leggings sewn for this creation. So, don’t count out full fulfillment in its entirety. 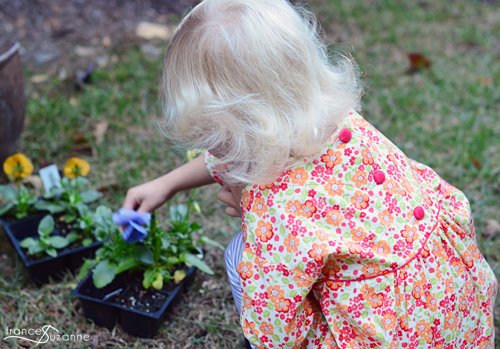 As for using woven?? EA loves it….although we know it won’t be as easy of a “throw on and go” sort of garment like the knit was last year.

Still, we are trying to embrace knits. We really are. 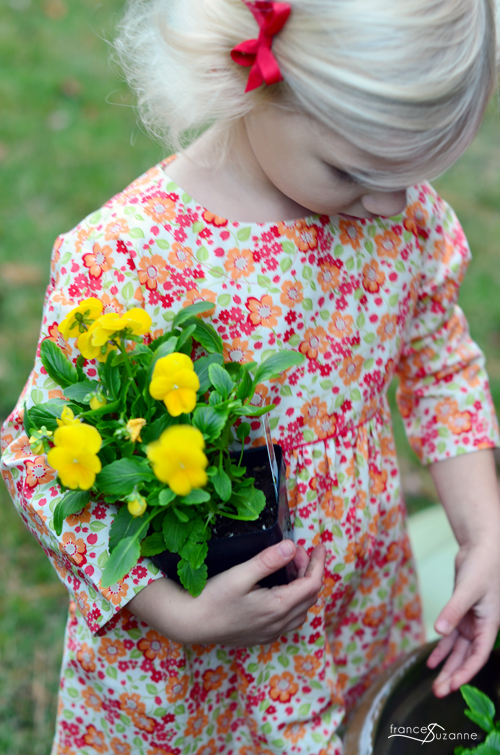 It was decided flower tunics must be worn while planting flowers….right?? 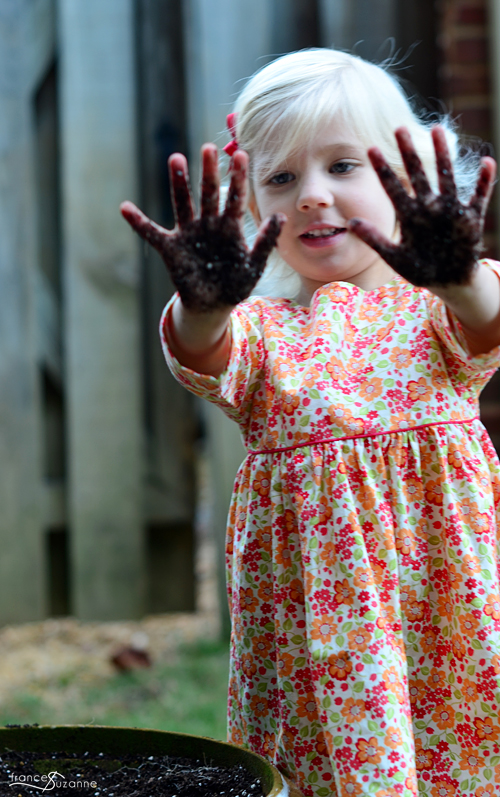 *It DID make for a pretty fun photo shoot!! 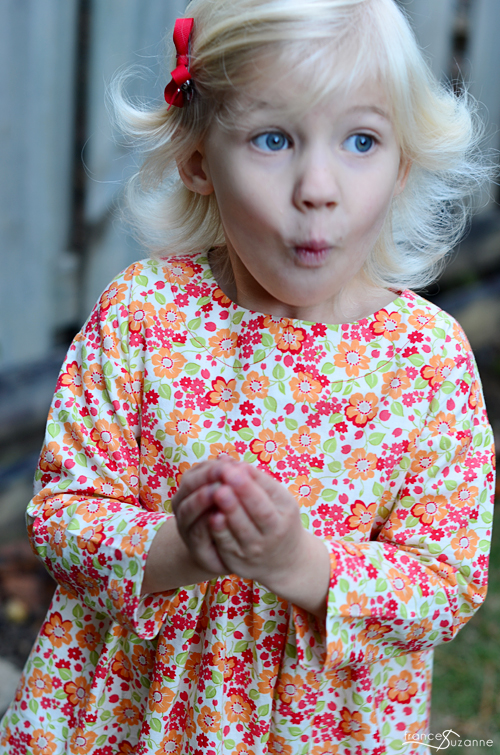 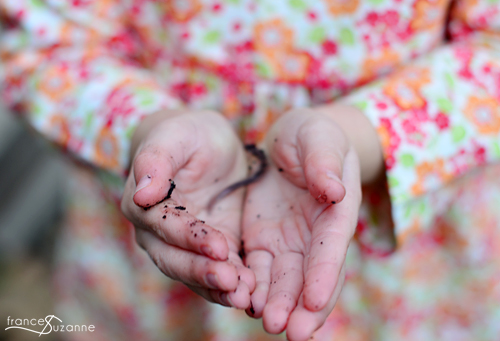 All photos are more fun with a WORM!! 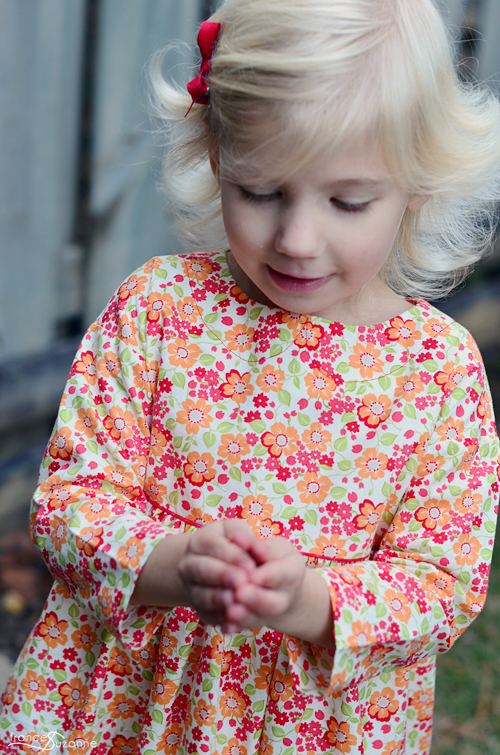 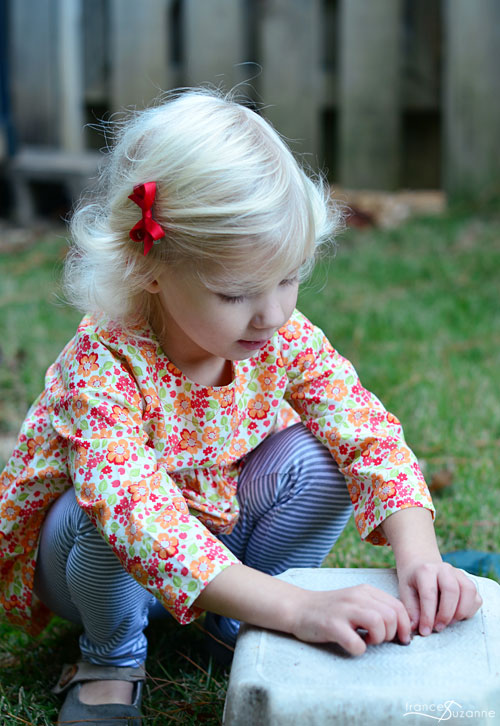 It took some doing, but we eventually convinced EA that the worm would be much happier in its natural environment than as an indoor pet… 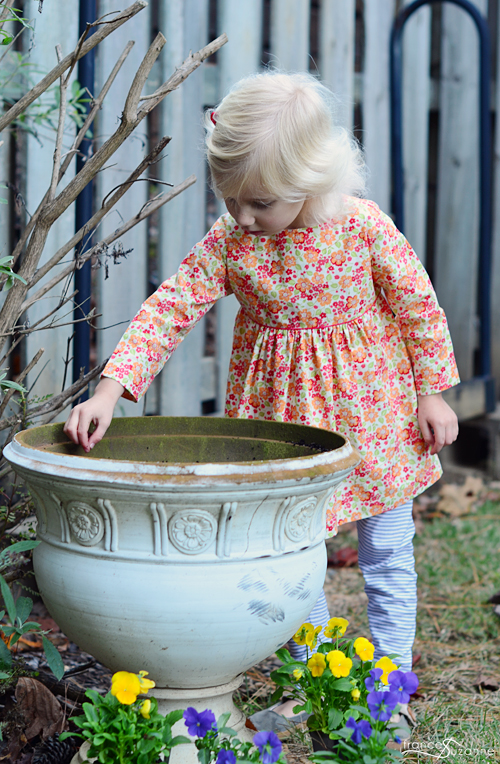 So, while we didn’t stick to the original request {a mere technicality :)}, surely the lack of a pet worm has GOT to amount to something!


The playtime is such a great pattern, isn’t it?
It’s perfect for everyday wear and, personally, i also prefer the tunic in woven – the floral fabric is gorgeous and it’s a perfect match with the stripped leggings.
Love the added piping. Great detail as usual)


Thanks Ana Sofia!! It IS a great pattern….and extremely versatile.


The beginning of something great! I love the faux collar. And that Girl Charlee gift certificate will go a long way toward learning to sew with knits, too!


That fabric is gorgeous! I really like the stitched collar and piping. I used to prefer sewing woven dresses for my daughters too, until I realized how much more the knit ones were worn.


HA! We are still in “Knit Denial”, but know we must better ourselves with sewing it because our time is coming….


Just lovely, ladies. Terrified of knits, myself, and possessing an overwhelming stash of non-knits, I’m really pleased to see this dress. How did you find the fit of the dropped shoulder? Did you change/modify for Niece Major? I’ve been concerned that it would be too much bulk for picky children – you know how it is! Love the introduction of the worm; kidlets are the best; how is baby coming along?


The fit seemed spot-on {and similar to other O+S patterns we’ve sewn}. We sewed a 3T, and didn’t add any length…

Baby is precious and OH. SO. HAPPY!!!