This dress is one that could definitely be qualified as a “TEAM EFFORT.” 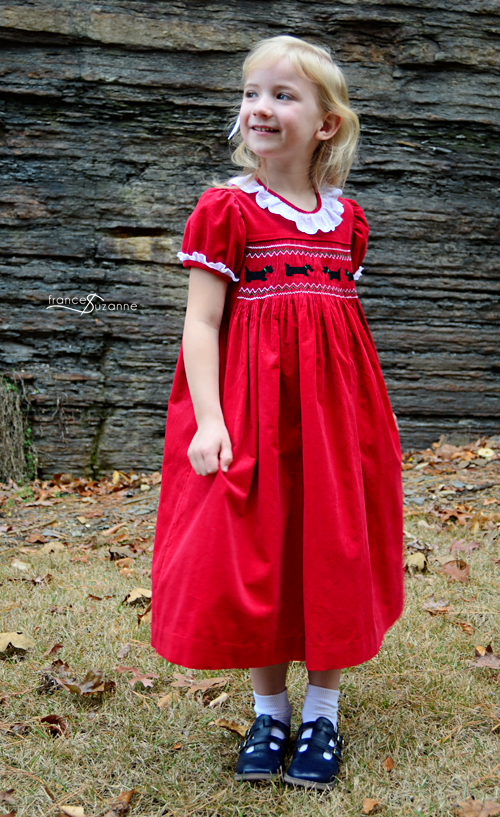 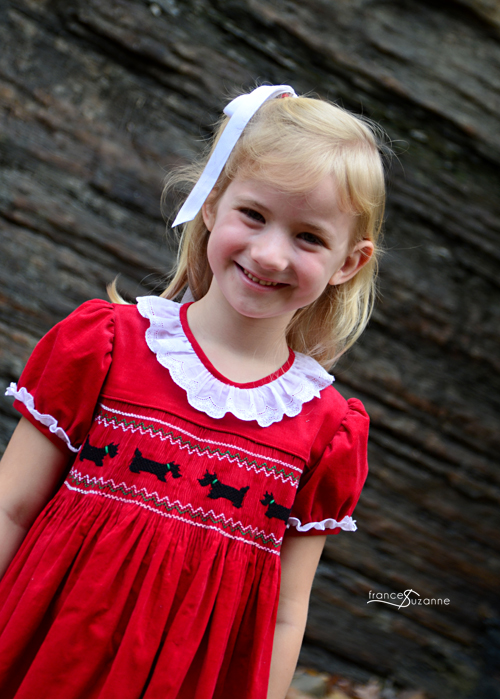 Our first shortcut was having the dress constructed prior to smocking. 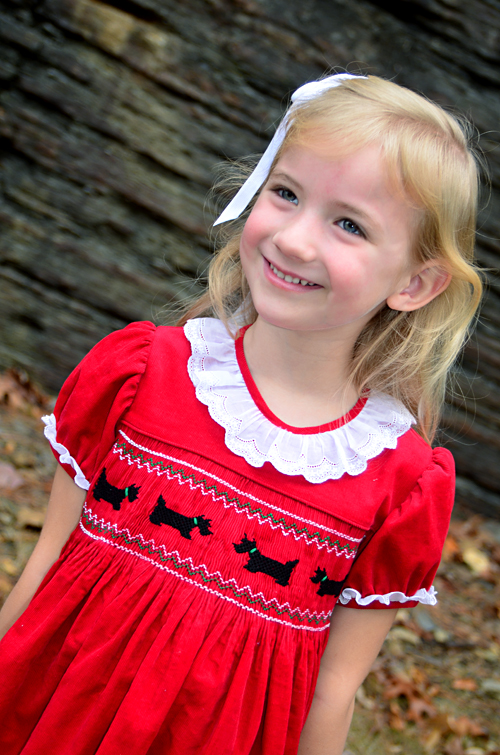 A Children’s Corner, Lee {size 5} was constructed – with the addition of an eyelet collar and trim to sleeves. 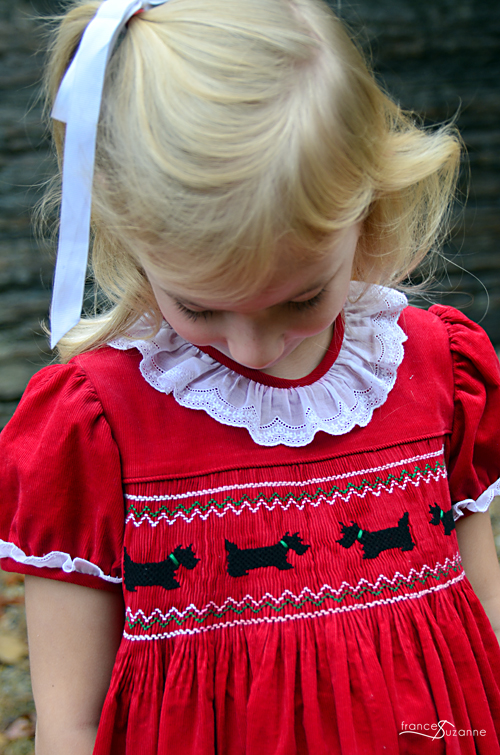 Then, Ashley {frances} backsmocked the area and completed the geometric smocking on the front of the smocking plate, MacGregor’s Clan {designed by: Creative Keepsakes}. 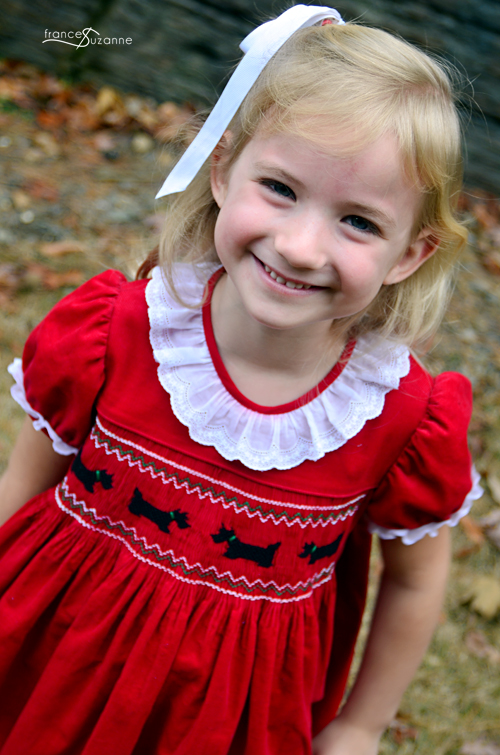 The second shortcut was utilized in the backsmocking portion of the project.

A few months ago, we had read about a “shortcut” to backsmocking. Ashley {frances} decided it would be worth a try, in an effort to speed up the process. 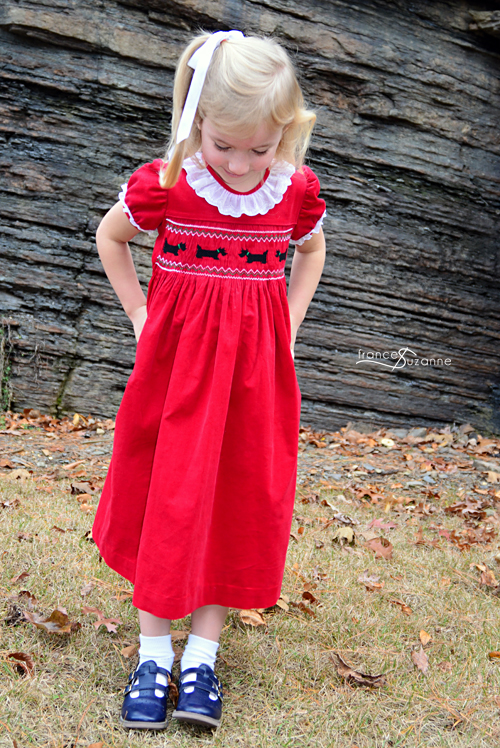 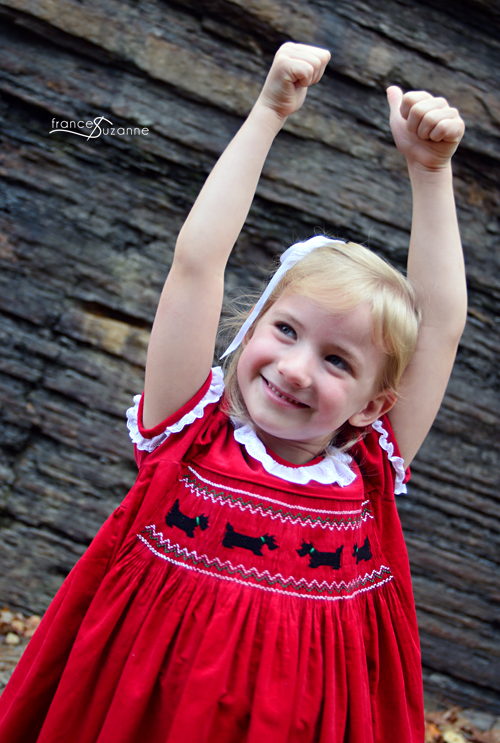 Basically, you were to grab three pleats instead of two as you stitched the backsmocked cable rows. . . .cutting your sewing time down by half. 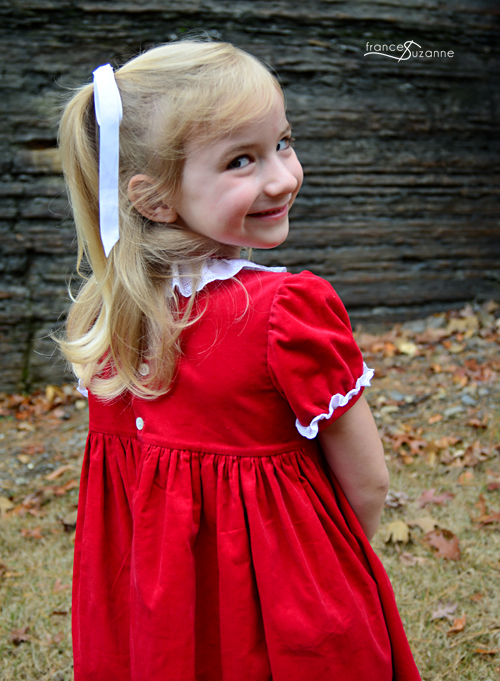 Emily {suzanne} was then called in to sew the Scottie dogs, and Ashley {frances} completed the project by adding the dog collars. 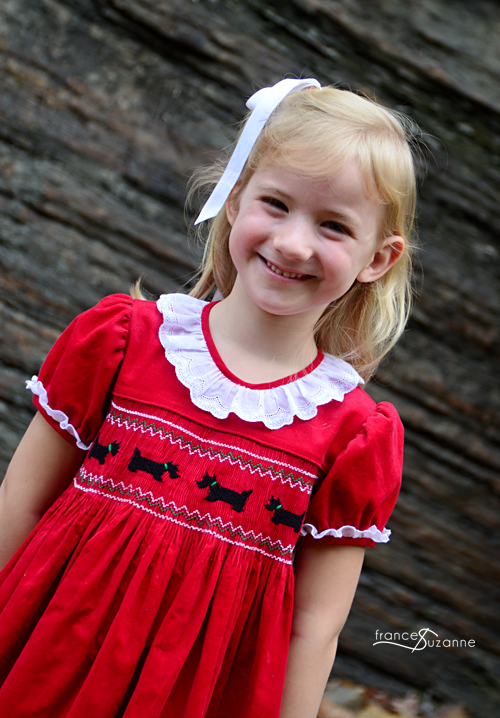 And because inquiring minds want to know . . . YES!! We are here to happily report that the dress was completed just in time for Christmas!

Oh yes, and each and every scottie was given a name by yours truly, LG.  Meet: Sunset, Snowflake, Rose, and Sparkle.

Best behaved? Rose. The one you need to watch? Snowflake.


Beautiful! The picture smocking is just perfect. I have never heard that back smocking tip before. I will have to try it sometime. Your littlest niece looks like a little doll!


So cute! I LOVE the scottie dogs! Reminds me of a brand that makes gorgeous handbags, called ‘Radley’ – their motto is a Scottie Dog


Thanks ladies! My picture smocking was a bit rusty . . . just thankful it was finished in time for LG to enjoy wearing it for the season.