An Oliver + S, After School “Dress”

Well. We bought some Liberty of London. 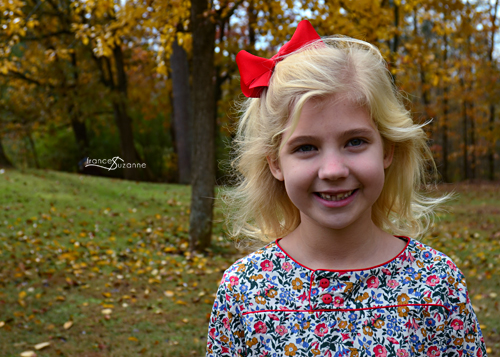 Oopsies!!  Instead, we bought Liberty of London quilting cotton.

It sure would have been nicer in lawn. . . 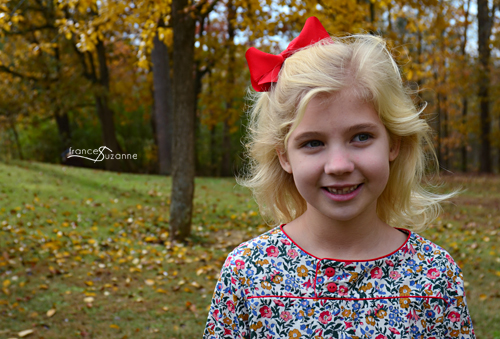 We sewed an Oliver + S, After School top {modified to a dress} in a size 8.

The finished side seam was 22″ long, with a 2″ hem . . . this was slightly too long when it was originally sewn, but it fits her much better now. 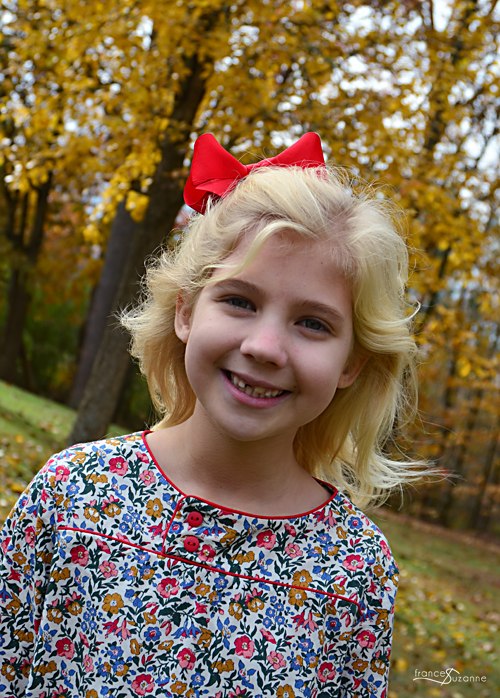 We also added 1.5″ to the sleeve length. 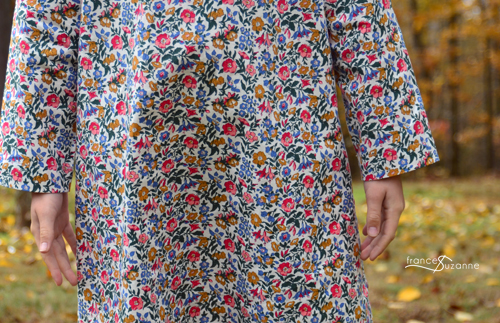 What did we learn from this? The after school top works much better as a top, instead of a modified dress. The yoke seemed out of proportion to the rest of the garment after we lengthened it.

While we liked the modified dress, it lacked the form and fit of a dress.

Still, it served as a nice, transitional dress during the fall season! 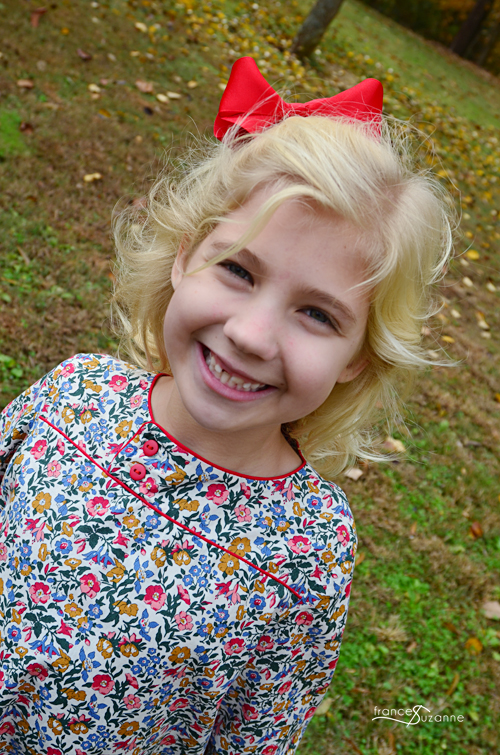