We had stopped in Joann‘s the other day to pick up some notions, when low and behold some SPARKLE caught our eyes!  Or, maybe it was the watercolorish fabric that caught our eyes first . . . you know, the one with the unusual color scheme that “just worked”.  That’s how it happened. Watercolor first . . .then sparkle. 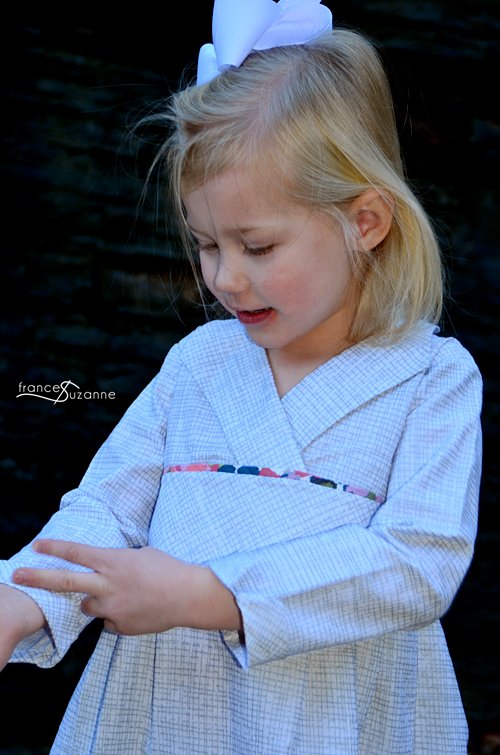 Anyway, ON. A. WHIM. {and for those of you that know us, that is practically unheard of . . .}, we bought both pieces and decided “we’d figure out what we wanted to do with it later.”

This time around, it was CL that scored a new dress from our random purchase! Thankfully . . . since the sparkle fabric wasn’t the softest to the touch, and this is the niece that is a very appreciative “customer”. 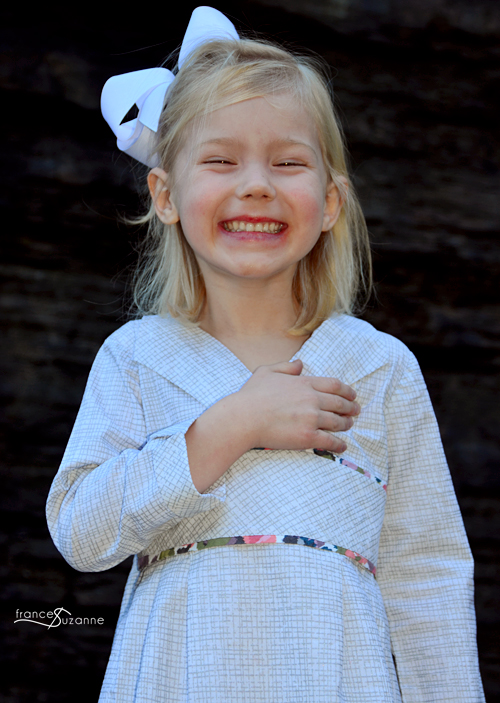 So much so, she “covered up ” our poor ironing in the photo shoot by saying the Pledge of Allegiance. 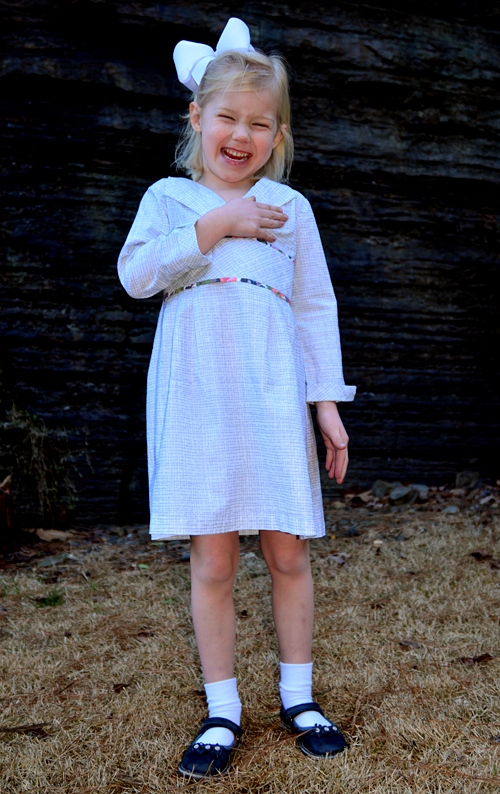 We made a size 5 Oliver + S, Library Dress. The only change to the pattern pieces was adding 2.5″ to the sleeve length. What can we say? She is following her older sister’s footsteps . . .or should we say, arm length? 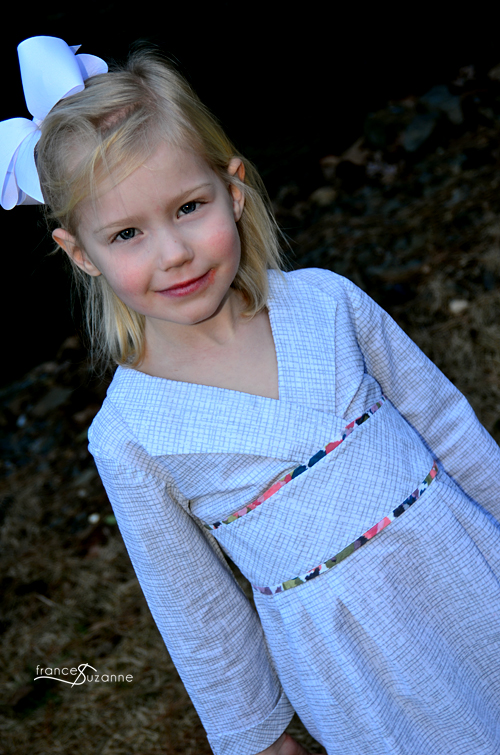 Shockingly, we had only made this pattern once before, so it was high time we made another one. 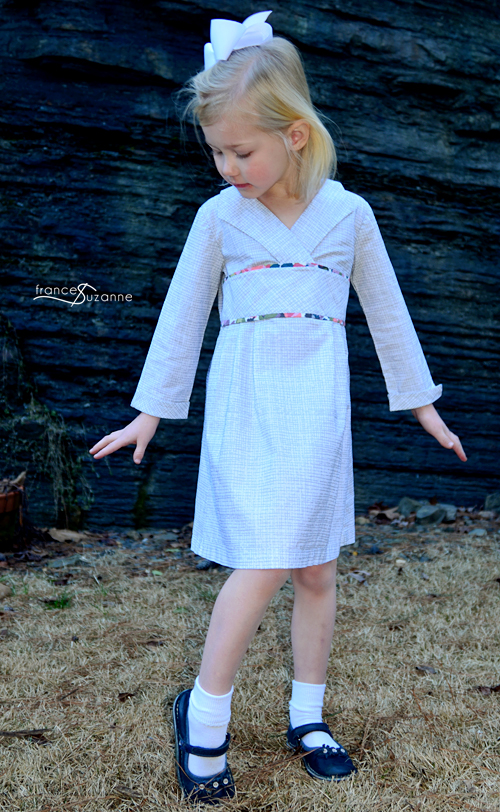 *Please note {and as a defense to the middle child}: the oldest niece has already lost the opportunity to have covered buttons . . . at least on the front of her dress . . . after disassembling more than she left intact after one day of school. That’s another story, for another day, with another blog post entry {of those that are backlogged}.


Absolutely darling dress on an even more adorable model! I can’t even tell you just how many, many yards of fabric I have bought “on a whim”. I am embarrassed to admit it!!!


It seems like the more we sew, the worse we become with purchasing fabric “on a whim” or “because it’s on sale” or “just because”. . .


Fantastic! And oh my goodness, I CANNOT WAIT to hear about the covered button fiasco with the eldest child! That sounds like the stuff of sewing auntie legend!


What a beautiful dress! I really like how you did the waistband. This hasn’t been my favorite pattern, but now it is on my to-make list!


The contrasting watercolor fabric on the waistband is such a lovely touch!