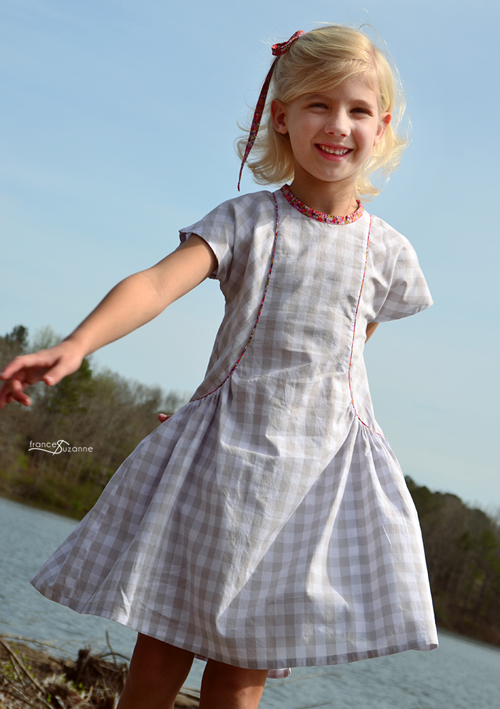 Amid the frantic “Easter sewing”, we managed to squeeze in an outfit for EA . . .and join a “Pattern Tour” in the process! 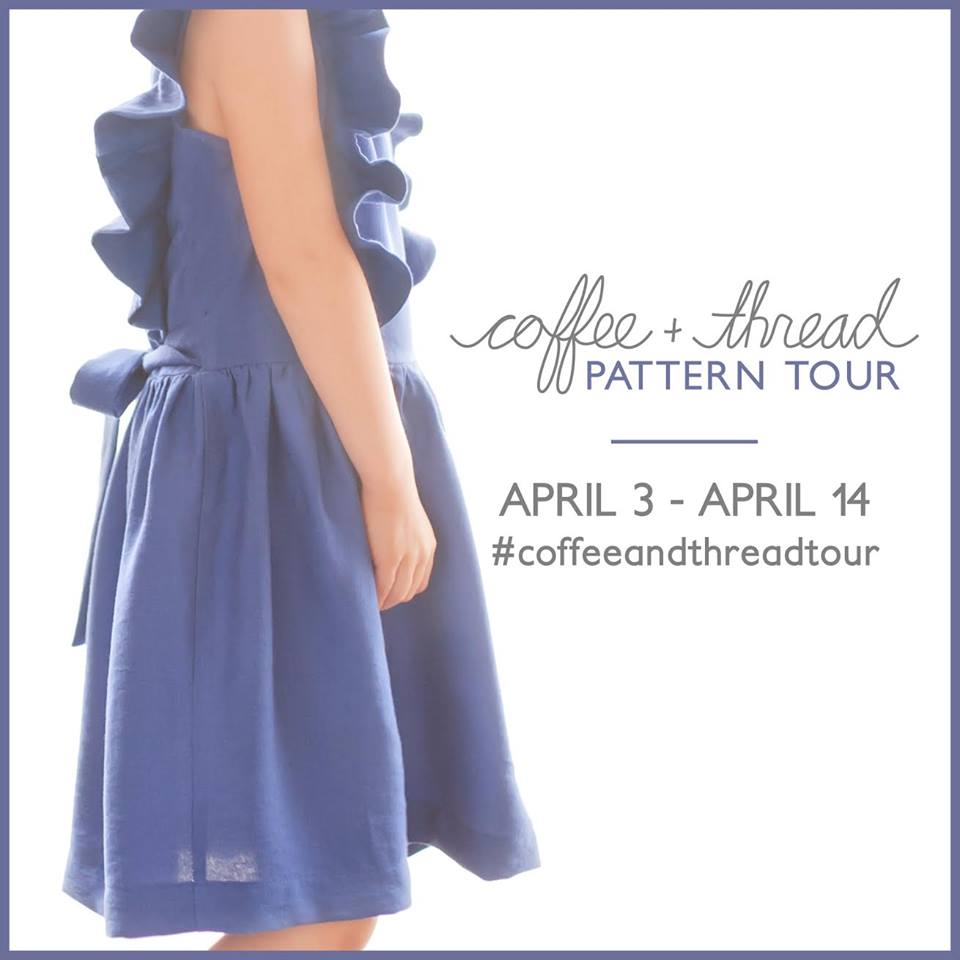 We had previously sewn the Coffee and Thread, Eleena Dress . . . {still a favorite of the nieces, and seen HERE} . . . but wanted to “branch out” a bit. 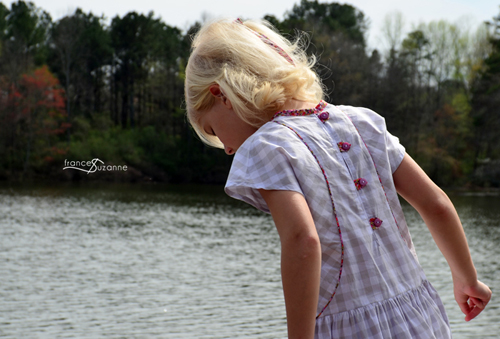 When the Antalya was released, we immediately fell in love with the lines of this pattern. 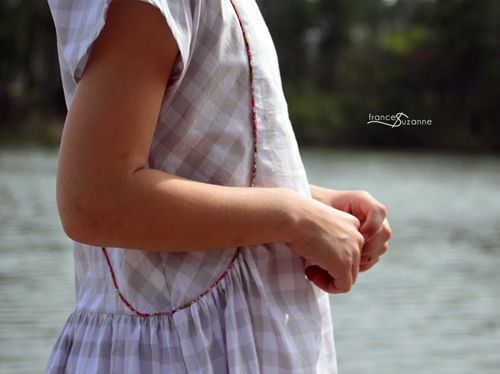 They were . . .intriguing. And different . . . than much of what is seen in children’s patterns. 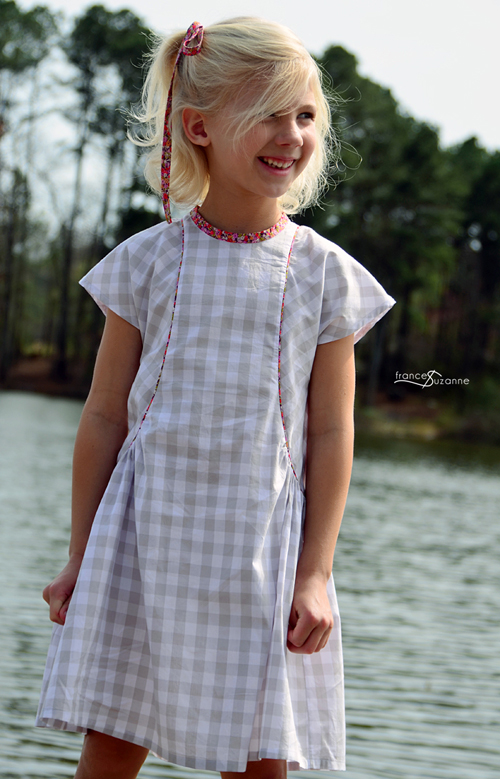 Olga, of Coffee and Thread, generously gave us this pattern – for another project. But, that didn’t turn out quite as we envisioned it, so we HAD to have a “do-over”. 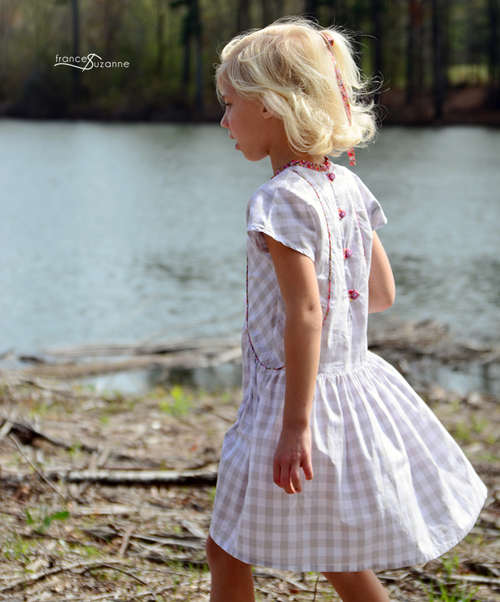 When in doubt? Add liberty to it!! Or, at least have a few liberty accents!! 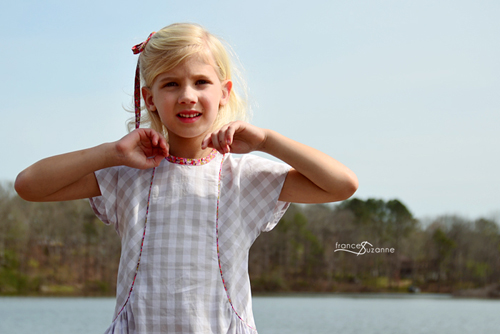 It’s a fail-proof plan . . . We bought some liberty bias HERE and have been so pleased with being able to add a touch of liberty, without the steep price tag of using it as the main fabric of an outfit. 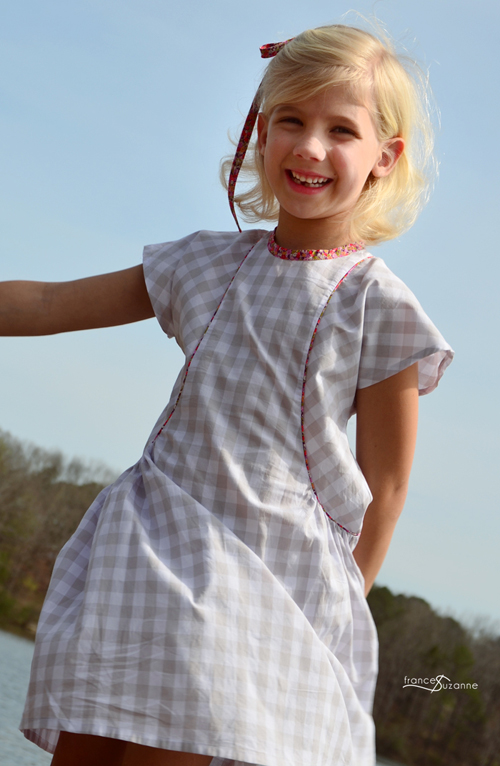 We sewed a size 6 in the Antalya, and as you can see – EA has ample growing room. It’s actually a “quick sew” . . . especially if you are looking for “little input”, but “cute output.” 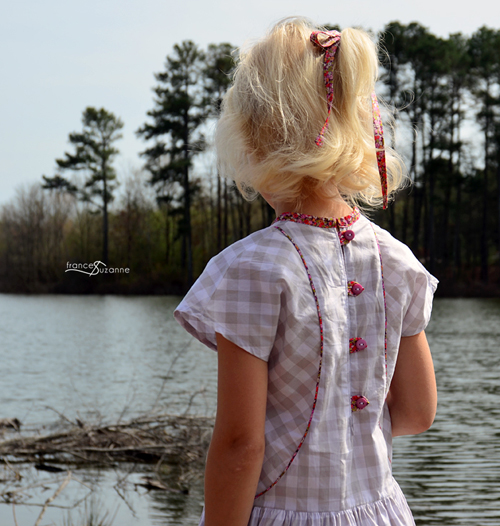 Once the Easter sewing subsides, we hope to sew the Ania – another Coffee and Thread pattern – as a dress. Many of the ladies on the tour did just that . . . and, have given us loads of inspiration to work with . . .

We have an idea for one that, once again, includes liberty accents! 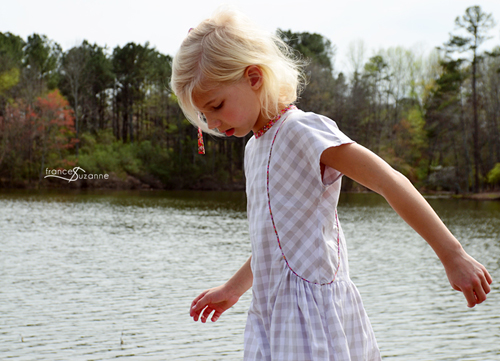 While we are near the end of the “tour,” there are some absolutely phenomenal creations showcased on these blogs!!  And the photography . . . swoooooooooon! Seriously . . .go check them out. We can barely keep up with all of their goodness!! 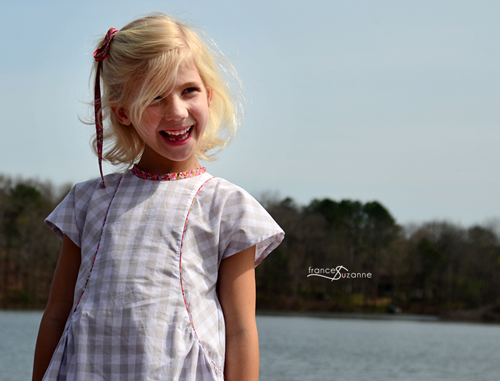 April 5: Made By Sara || Naeh-Connection || The Bag of Unexpected || Circle Meets Line

April 11: Mouse House Creations || While She was Sleeping || Mix it Make it || By Dagbjort

Sew Pony || With Love By Eva

Also, Olga is offering 20% on all of her patterns – using the discount code, Coffeeandthreadtour – through the end of the tour. 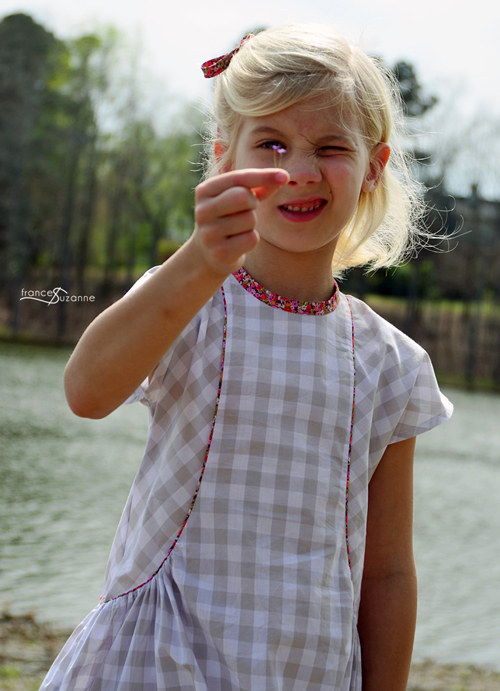 
Oh, now I know what to do whenever I am unsure of how things are going… I used to think piping was a solution to everything, turns out there is Liberty bias tape also 😉 Love this version of this pattern.


The dress is awesome! The Liberty bias tape touches are perfection! I am in love and need to copy this asap. I have so many things I want to copy from this tour.:)

Thank you so much for being on the tour!


This tour was PHENOMENAL! The inspiration was OFF. THE. CHARTS!


Oh, I KNEW you would do something amazing with this pattern!!! But I’m curious as to what happened with that other project…
And yes, always yes, to Liberty piping!


Your Antalya is absolutely gorgeous! The Liberty adds the perfect touch. I love it!!


You are too, too sweet!!Thank you!


I agree, this pattern does have really interesting lines! I like the change of direction in the checks at the side, and of course those Liberty accents!


So pretty and dainty! I want to make one! Thanks for the liberty tip!


Love this Antalya! And such a wonderful special touch: Liberty biais….


Can’t go wrong with a little liberty. EVER!!