Oliver + S: Bubble Dress {the “all occasion / any season dress”}

Have you ever wondered how a given pattern would hold up through an active day in the life of a four year old?? Well….brace yourself. You’re about to get a second-hand glimpse of how EA put the Oliver and S, Bubble Dress to the test!!

Each October, the nieces come to “Farm Day” – the one day of the year, a local farm opens its door/gate to the general public…as a “Living History Farm”. 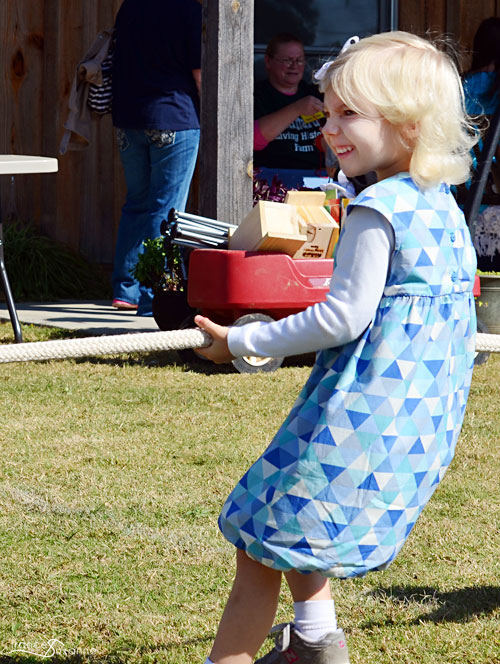 It’s a pretty big deal….and thousands pass through the gates during the course of the day!!

There is something for everyone – young and old. Our nieces {and sister….and brother-in-law…} LOVE coming for the annual tradition. 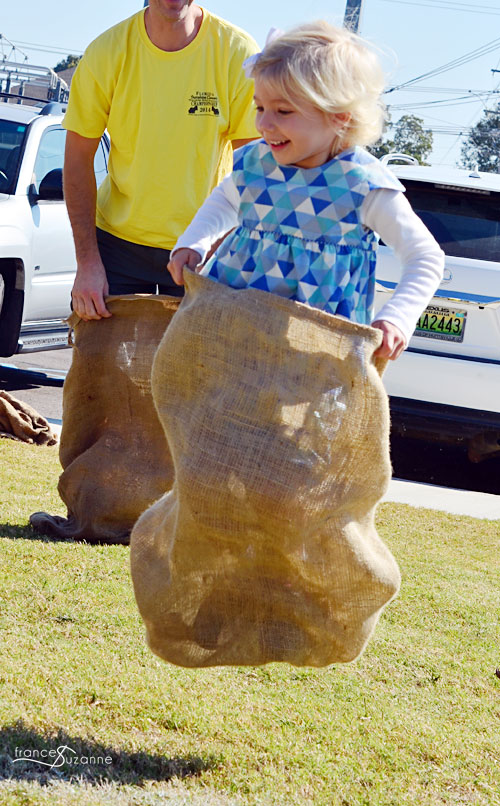 It’s a packed day from beginning to end, and one we hope that will hold special memories for our nieces as they grow.

One of the first activities for the day was to paint a pumpkin….hence the paint on the elbow for many pictures to follow! But, it’s about the wear of the Bubble Dress….right?!?!?!  So far, so good. 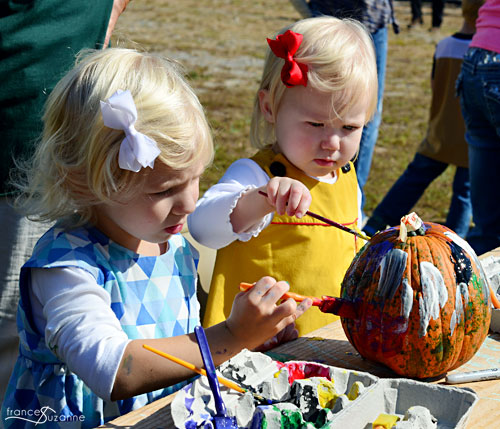 Then, it was time to make a corn husk ornament. Doesn’t EA look so prim and proper?? *Proud “teacher aunt” moment :)! 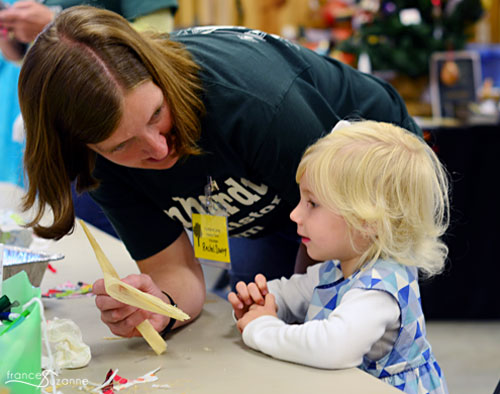 Since she was into the making of items, we stopped by the “apple station” to taste test some freshly squeezed apple juice and make an “apple pig.” Psst: he was gone by the next station! 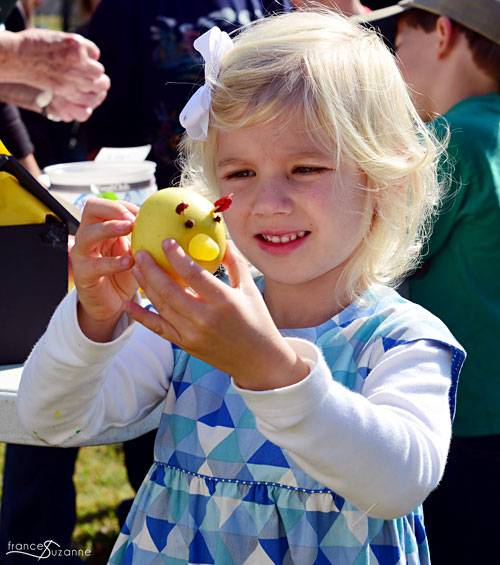 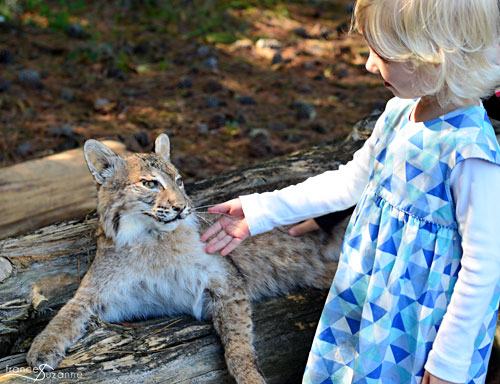 She tried her hand at making wooden shingles – LOVED it….and attacked the project with such vim and vigor!! We were secretly glad she wasn’t quite old enough for the cross saw. 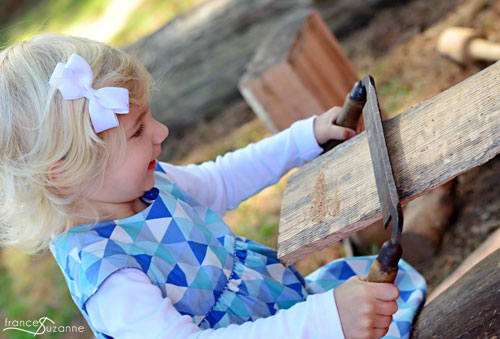 Along the way, she worked on her aim with a slingshot and made a cedar peg. 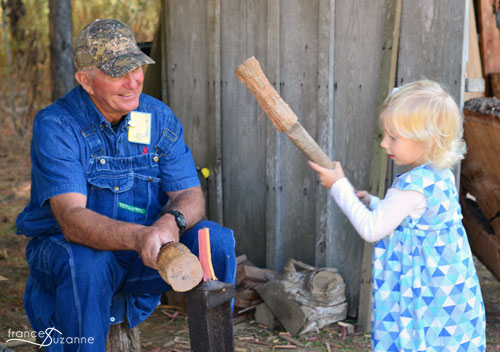 Then, what’s a farm without animals?? Technically, CL liked the animals MOST of all {and would have stayed in this section all day long}… 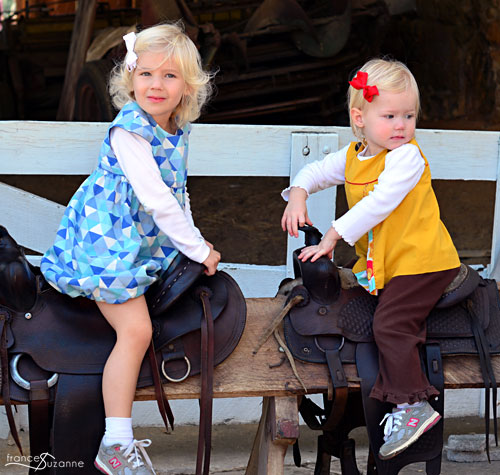 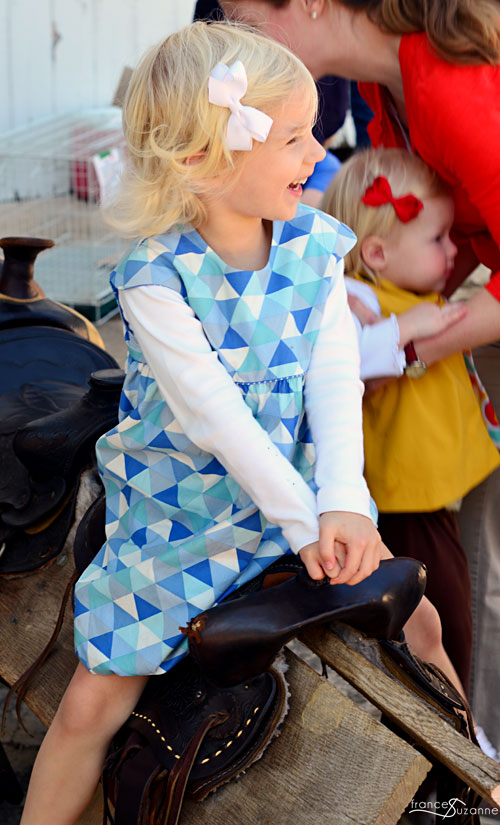 Both “milked” a cow….a wooden cow, used for educational purposes. 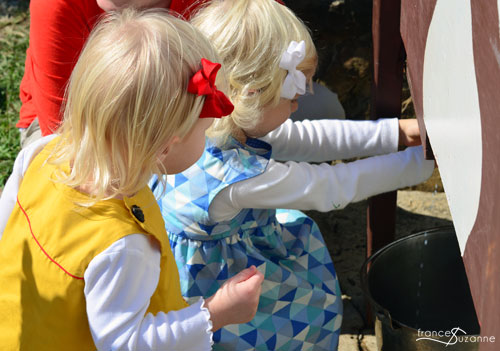 And, then got some one-on-one time with the “real deal” cow!! If only the cow had stood up, EA might have gotten more than she bargained for :)… 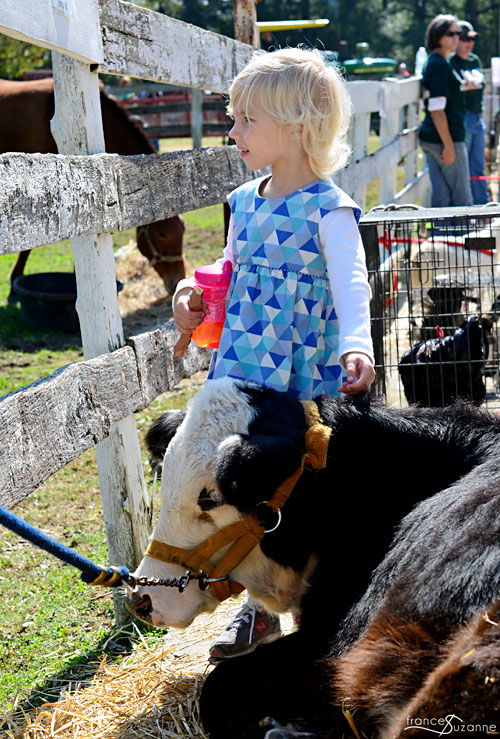 Then, it was time to work the fields {ie: find THE BEST sweet potatoes available for her momma to cook sweet potato casserole, a family favorite}.

It’s a tough job, but someone has to do it!! OR….tell someone else how to do it!!

While she might not have looked the part of a farmer, EA played the part quite well – and was a pretty good “farm hand” in all she attempted!

And, the Oliver and S, Bubble Dress passed the test…with flying colors!

Little does our “farmer” know what’s in store for her at the Living History Farm in the upcoming years….. SEWING, people!! Yes…sewing. She might not leave that area for the duration of the day! Shhhhh…. 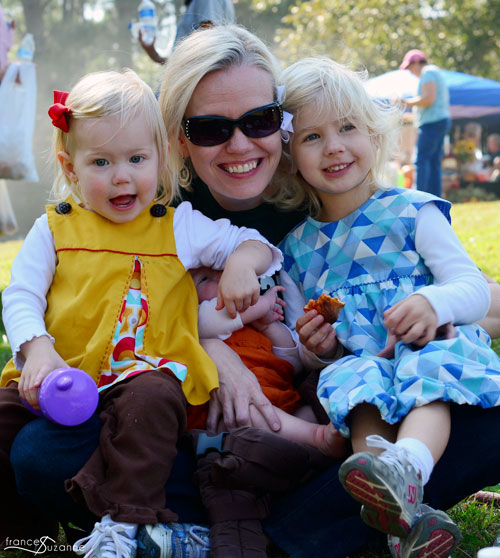 Everyone had a good time from beginning to end – even little LG. Have you spotted the baby in the photo above?? It’s our “Where’s Waldo” moment for the day….and one that makes us shake our heads and say, “Bless her….bless her!”


What wonderful pictures! The fabric is amazing!


Love the dress and pictures!


Looks like EA really caught some air in the sack race! Those are some really fun photos.
The dress is great…. and good for just about anything, apparently. =)


Probably our favorite picture of the day!! Couldn’t believe I caught it….


Your photos and story make me wanna fly to join that farm day. Both girls are adorable!


So cute! Wow, that Bubble Dress held up well! Who knew?!?


It’s a perfect outfit for just about anything :)! #whoneedsoveralls