Have you heard of becoming a Pattern Member of The Sewing Rabbit? It’s a pretty cool idea….especially for those that love a good surprise! And, you’d get that surprise each and every month of your membership!!

For $10 a month, you receive 3 patterns to download, sew, and discuss with other members. Patterns vary from month to month – ranging from accessory pieces, ladies’ clothing, to children’s wear. Many times, pattern members receive patterns prior to public release. 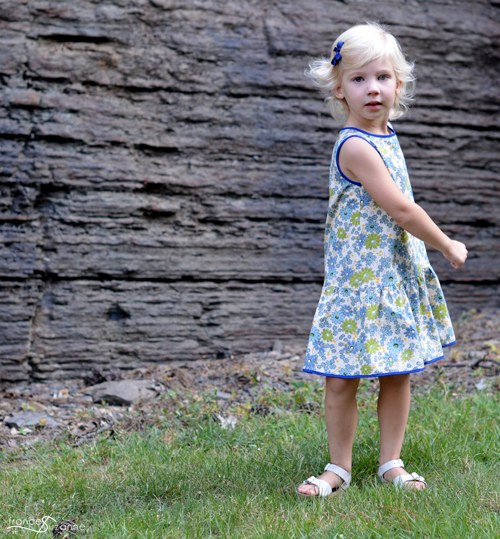 Well, we have hovered in this group since March, but now finally have something sewn to showcase! 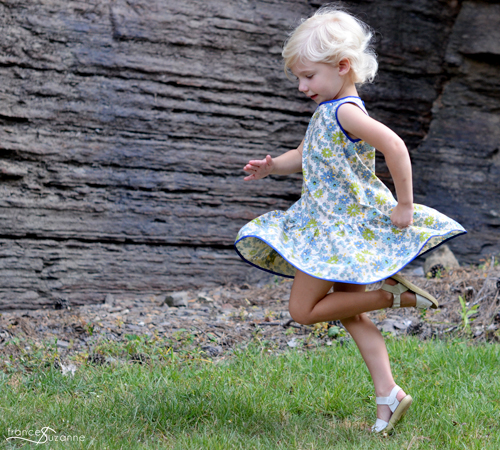 Farrah {of Mingo and Grace} has just entered the land of pattern designers with The Charlie Dress. 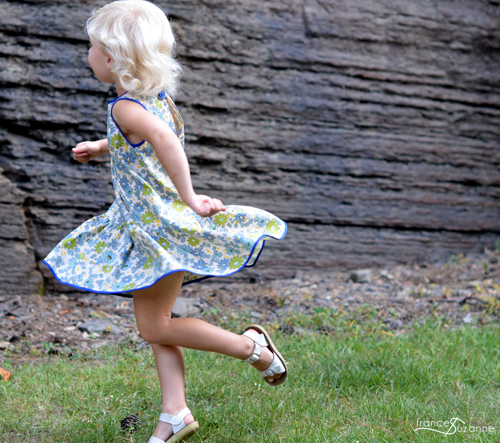 It was available to pattern members a few weeks prior to being released publicly. 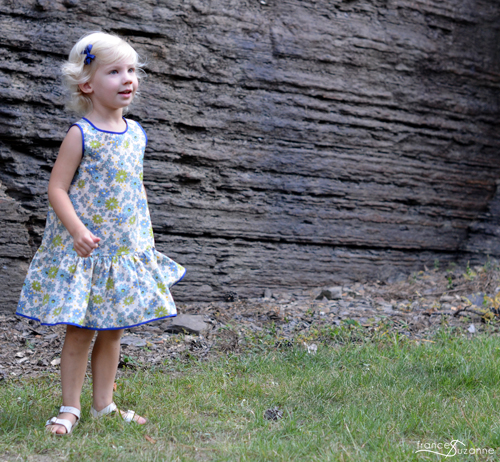 When we saw it, we felt confident our niece would love it! 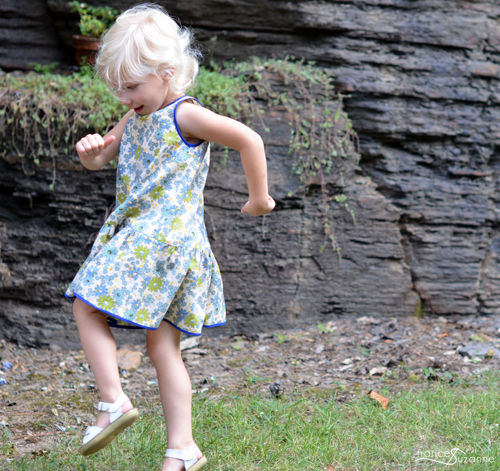 Who could resist the comfort of this dress…..let alone its spin factor?!?! 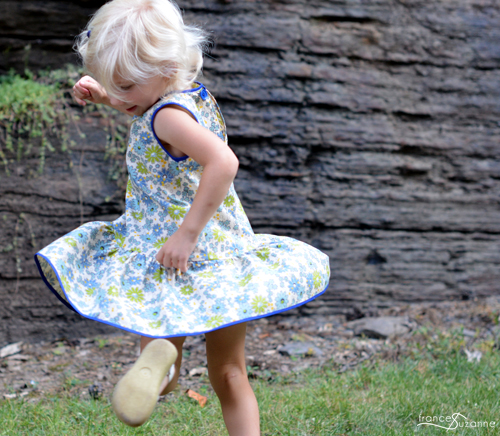 So, we sewed it one afternoon. And, as you know for us, that is some sort of feat {we aren’t exactly “Speedy McSeamstresses”}. 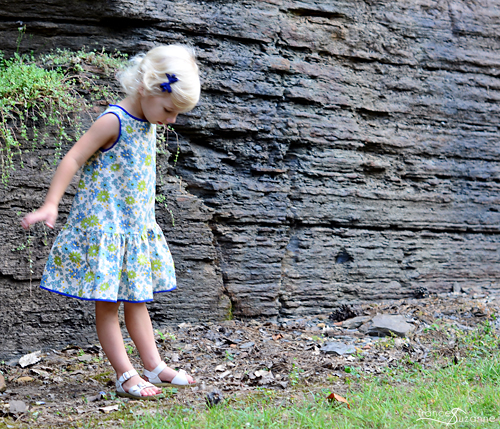 We made three minor changes to the pattern. 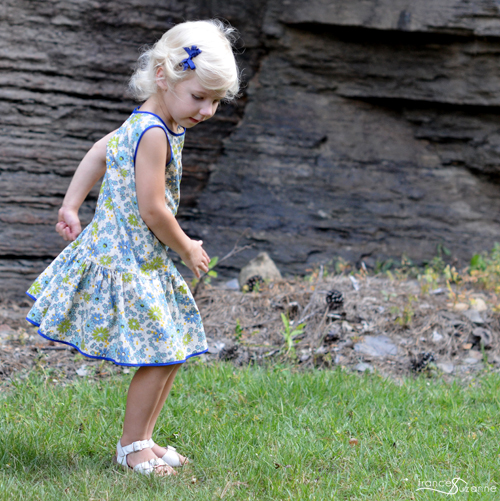 First, we did not fold the bias tape completely to the inside of the dress. Instead, we left a portion of it showing along the neckline and armholes. 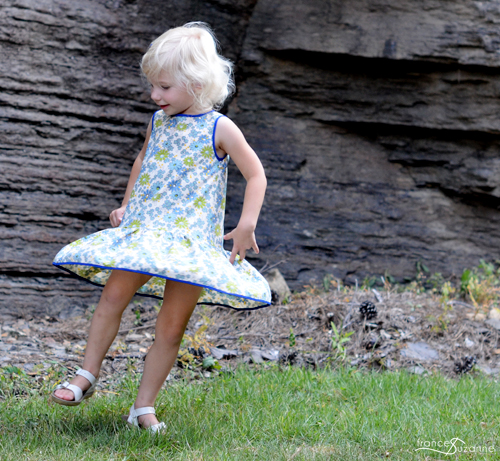 Then, we added bias tape around the base of the dress instead of hemming it. This gave the dress a little extra length, and complimented the neckline and armhole area.

Finally, we added approximately an inch to the back opening of the dress. EA likes ease when dressing, so this was purely for her particular nature. 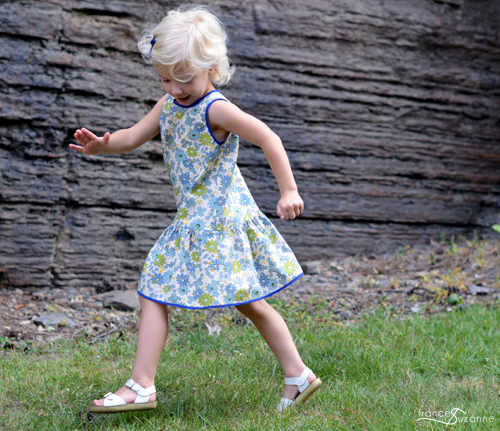 We giggled a lot during the photos, and even briefly renamed the dress as her “Dizzy Dress.” 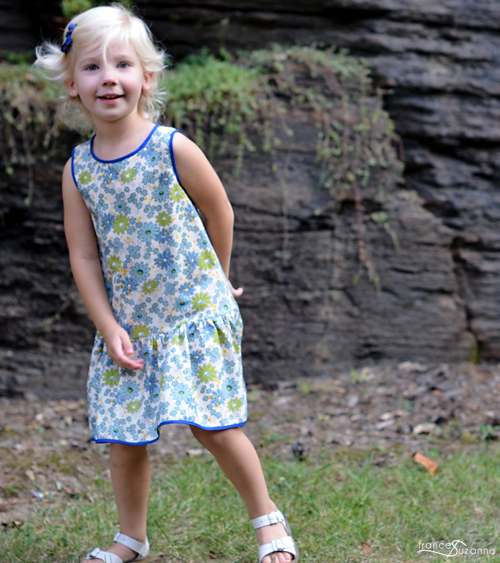 Exclusive Pattern Member benefits for The Charlie Dress are coming to a close. It will be available for public sale beginning tomorrow, July 15.


I tested this dress and just adore it! I made three : ) it’s so simple and sweet! I love your version, and the pretty fabric : )


I saw the one with the bias around the waist area….Cute detail, and excellent photos!


Love your version. Wow, the twirl is amazing!


Thanks, Annika! Yes….the twirl is legit – and not too hard to capture on camera!!


Such gorgeous photos! Love the fabric, too. This looks like a perfect dress to spin and play in during summer!


Thanks, Jenya! That’s a great way to explain it….perfect for “spin and play!”


ABSOLUTELY!! She LOVES it!!


Gorgeous dress! I love the fabric and the little bias detail!
And, what a coincidence, I was right now cutting my first Charlie dress! I hope I can finish it soon as I am sure I will love it!


Can’t wait to see your version, Marta!! It’s sure to be lovely!!


I love the contrasting bias tape. What a fun dress!


I LOVE IT!!! The blue binding is a great addition to the dress. Thanks so much for sewing it and I’m so glad to she your niece twirling in it.


I saw this pattern before (on Facebook, I think) and I wasn’t entirely capture by it, but EA spins may have sold it to me!
Looks like this dress got a very happy owner


THAT TWIRL!! I love it!!! You guys always sew the most beautiful stuff. This is fabulous!


Thanks, Jess! This creation warranted a follow-up “THANK YOU” text from our sister about a week after EA received it. Let’s just say, it’s been a BIG HIT and a go-to outfit for various occasions…