During our 1st round of Sewing for Disney, we asked the question: What character would you like to see represented . . . if we were to sew more “Sewing for Disney” garments? 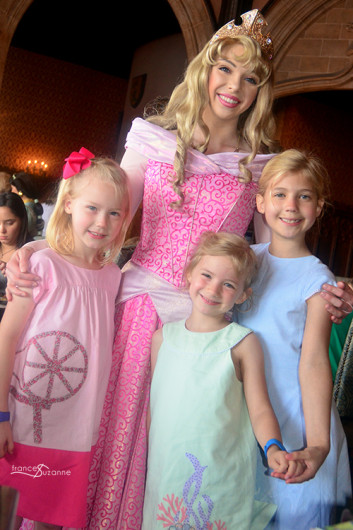 The character with the least screen time of any Disney princess. . .

The one that is represented by a color scheme (PINK!) that we just aren’t that crazy about. . . 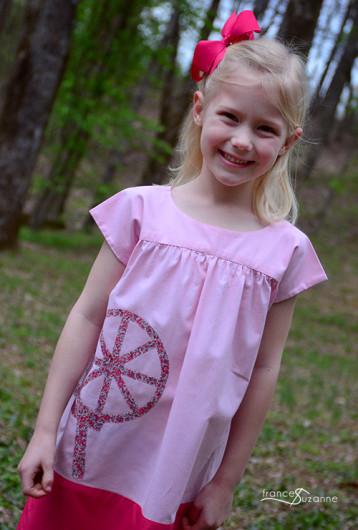 The one whose peasant outfit consisted primarily of brown and black . . .Ummm. Okay. 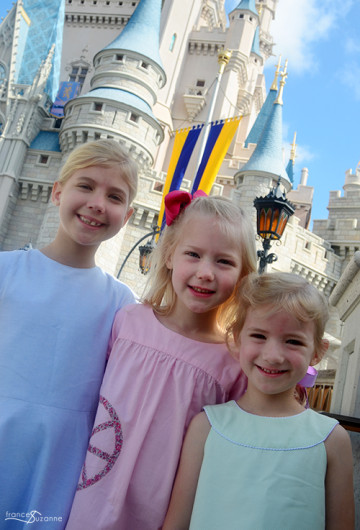 We simply put that request / suggestion aside. 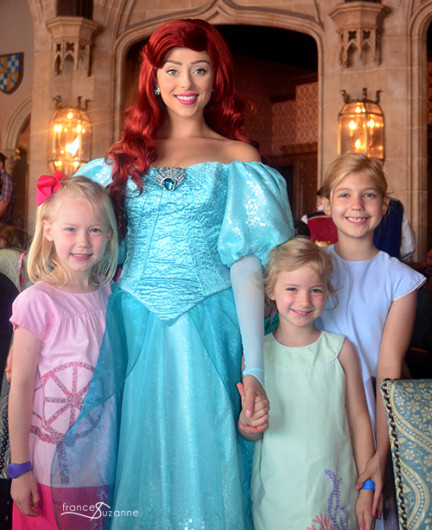 We asked the girls to rank Disney characters by preference of having a garment made. 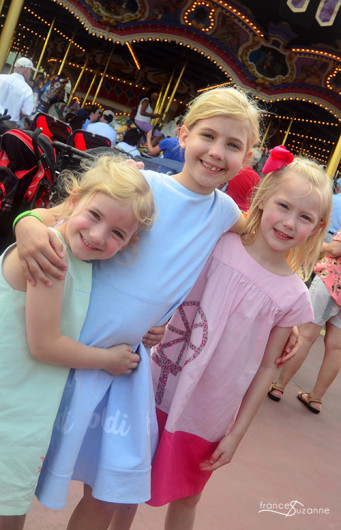 And, lo and behold, CL requested none other than – AURORA!

Alrighty then. Here we go! 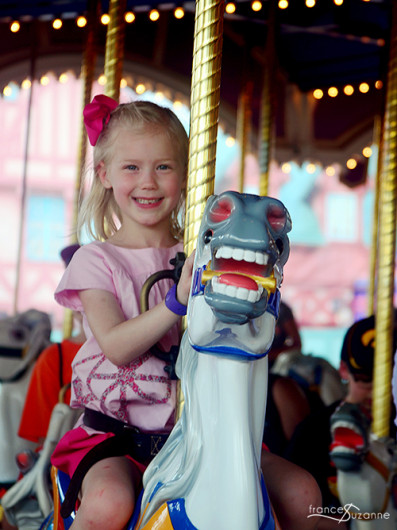 We used 2 shades of pink – a light pink fabric for the main part of the dress and an additional hot pink “color blocking.” 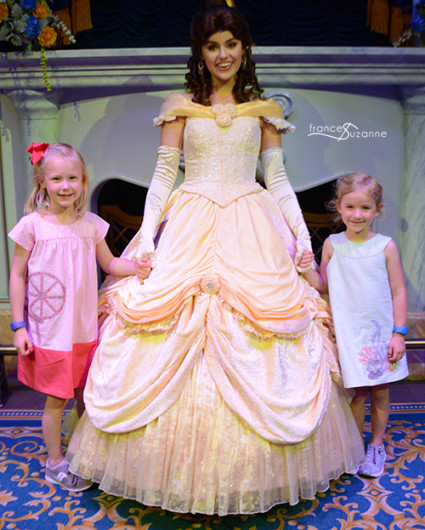 Then, to spice it up, we added an oversized spinning wheel to the front, right side of the dress – crossing it over the side seam and wrapping it toward the back of the dress.

You can’t go wrong with a little Liberty! 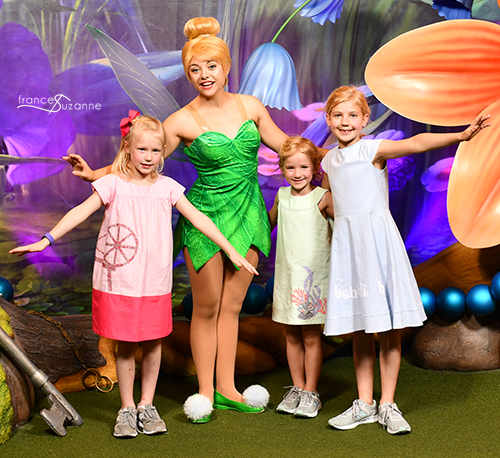 What do you think? Does it scream “Sleeping Beauty” enough for you?? Or would you prefer flying to Neverland than sewing a dress like this?

In the meantime, if you missed some of our previous posts, check out Ariel and Cinderella!


I’m glad you’re back to posting these. They’ve been my favorite of your projects for years.


Finger pricking good!!
Always love seeing your sewing, and the “normality” of a Sewing For Disney series is like a soothing balm. Xx


I’ve been following you since your oldest niece was a baby, and I think you do FABULOUS stuff! But!!! I haven’t visited in awhile, and I’d like to go back to where I left off, and I’m frustrated that there doesn’t seem to be ANY way to do that on your blog. Why no sidebar (with months/years) with a way to get to previous posts? Or even a button to get to previous posts at the bottom of a post? Very frustrating.


We are thrilled you enjoy seeing our creations, but hate that it has caused you some frustration. There are a few ways to maneuver through old content. On our main page (francessuzanne.com), click on blog – dropdown to Frances Suzanne. There, you will see recent posts but at the bottom of the page, you may click on “next” to go to past posts. There is also a calendar on the right side of each post (titled “oldies but goodies” that will take you to a particular year or month you are interested in. We hope that helps in the future, but don’t hesitate to ask if you still experience difficulties.