While we don’t play board games nearly enough these days, our family has enjoyed our fair share of “game nights” and memories. It is suffice to say, several favorites emerged as we discussed the possibilities for this season.

Then, separate and apart from the “Sew Ready to Play” series, we participated in Crafting Con’s Board Game Challenge. We opted to sew a Trivial Pursuit outfit for EA, and were tickled with the “nod” to such a classic game.

For “Sew Ready to Play” this year, we opted {again} for a “classic”: DOMINOES!

Dominoes is a perfect “family game” – one for ALL ages!! 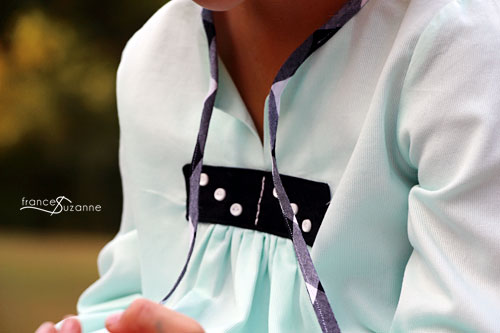 We sewed the Oliver + S, 2+2 blouse . . . but, lengthened and altered it to a tunic / dress with leggings. The leggings were made from the Oliver + S, Playtime Leggings pattern. We sewed both patterns in a size 5. For the tunic, we modified it slightly to include an exposed bias binding along the sleeve.

But, with the addition of the domino, the 2+2 blouse became a 3+3 outfit!! SOMEONE is about to be SIX {eeeekkkk, how did that happen?}, and we thought this might be a good time to make her a “birthday outfit” of sorts. 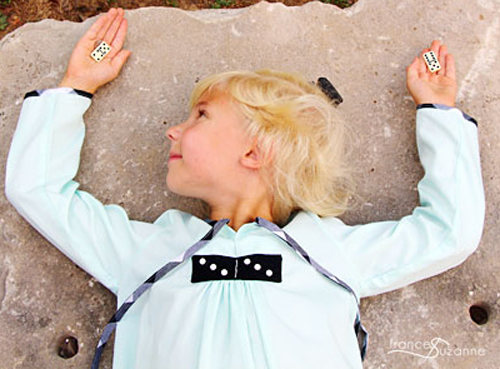 Symmetry won out for us, and we went with 3 | 3, splitting the domino in half using a straight stitch of white DMC floss. 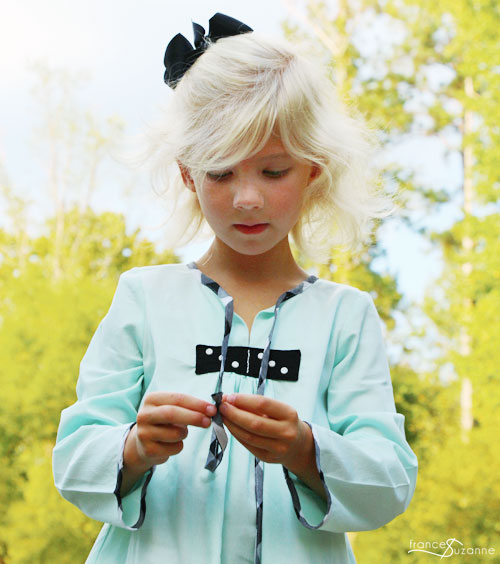 Wouldn’t this be a fun concept for any number loving child?? 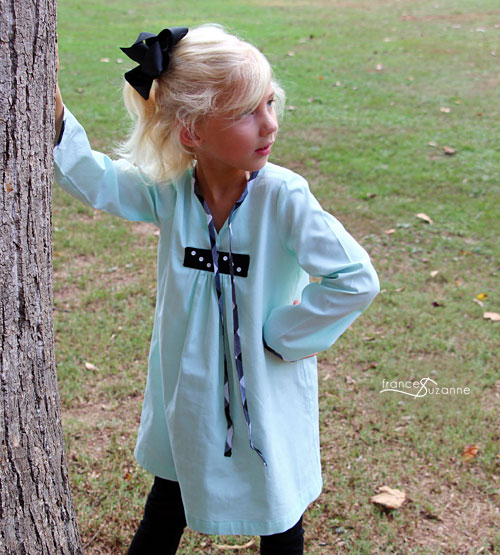 It would be awesome to put all the combinations of 6 on a garment, wouldn’t it? 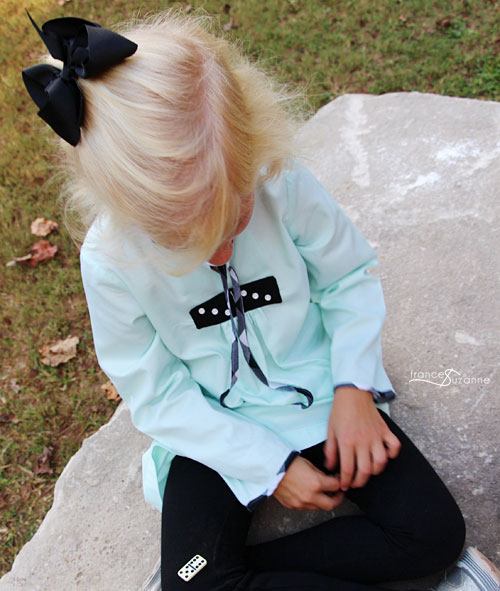 It is definitely a concept you could have fun with . . . all you would need is a sewn, black rectangle, white DMC floss, and small white buttons to complete a domino. 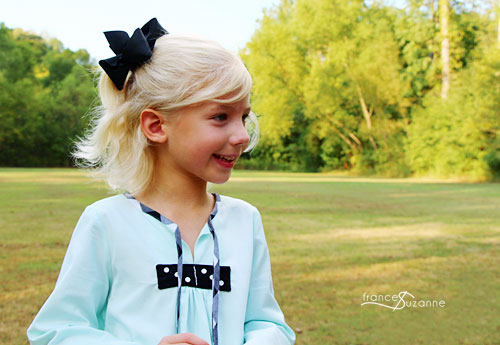 Thanks so much, Louise, for the walk down memory lane . . . and the challenge to make something from our “walk.” It’s been fun!


Hey girls! Eric would be so pleased that you went with symmetry.
Made me smile.


Love it so much! A skirt with all the domino combinations as a border would be fun… 😉


That is such a fun idea! I agree, I could see using the domino idea in a lot of different places.


That is so clever! I mean, it’s blindingly obvious now that you’ve done it, but seeing the 2+2 and thinking dominoes was a stroke of genius. Pat yourselves on the back, you’re too good!


We did giggle a bit while coming up with “our plan.”