What happens when you cut all the pieces / fabric for a garment and then let it lie for 3.5 months?

But . . . we wanted to sew the outfit anyway, and take our chances that EA could wear it at least a few times before cold weather struck and/or she outgrew it in length – whichever came first.

We are {obviously} behind on our sewing plans, yet still find ourselves wanting to sew what we HAD planned. We couldn’t let this creation go . . . and knew CL and LG would reap the benefits from our finishing it, possibly even more so than EA.

Maybe it was because the Oliver + S, Birthday Party Dress was one of our favorites when we were first introduced to the pattern company.

We sewed it once, and then became more acquainted with other Oliver + S patterns. That didn’t mean we loved the Birthday Party Dress any less . . . just that we didn’t take the time to sew it as often as we once envisioned.

We bought this fabric last spring while at the Children’s Corner Store. The bright, bold colors drew us in, and we thought they would transition well from late summer to early fall. We added solid navy and red gingham accents to showcase the lines of the pattern. 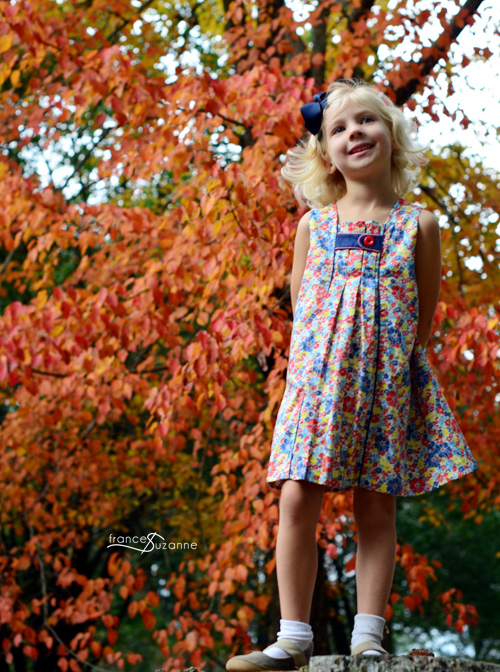 Ummm, except for that OTHER dress prepped, ready, and waiting to be sewn. Yep . . . another size 4 dress, another Oliver + S pattern . . . and one we want to sew nonetheless. 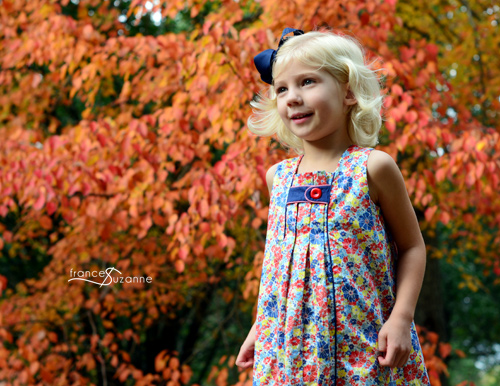 After that, we’ll think about those adjustments . . . and more seasonally appropriate attire! 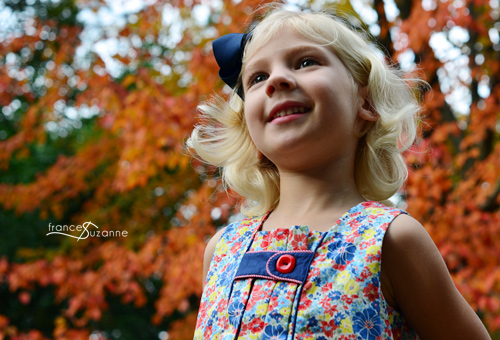 As for the final photo?? Well, it’s hard to resist a 3 year old ready for her OWN “photo session” after her big sister had taken the spotlight!! 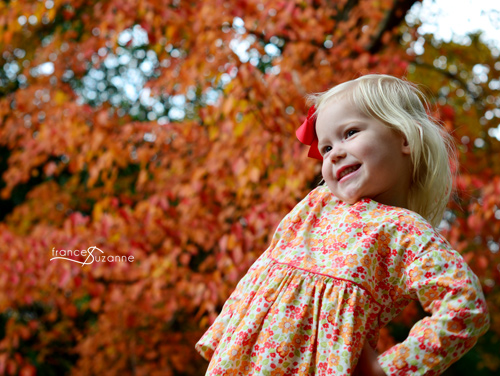 
I love the contrasting bits on this dress! And it looks darling on EA. It’s nice she has little sisters to pass clothing on to! =) This pattern didn’t initially catch my eye, but I think I need it now, after seeing this version!


Perfect selection of fabric for a dress for a gorgeous girl. Piping is such a sweet detail. The last pic is gold!


SERIOUSLY . . . the middle child keeps us laughing. ALL. THE. TIME!


That print is the perfect fabric for the Birthday Party Dress! I love the little Frances Suzanne touches (piping). It really finishes the dress off nicely.:)