With All of Our Heart…

Do you ever have those garments that stay as WIP for waaaaayyyy toooooo loooonnnngggg?? 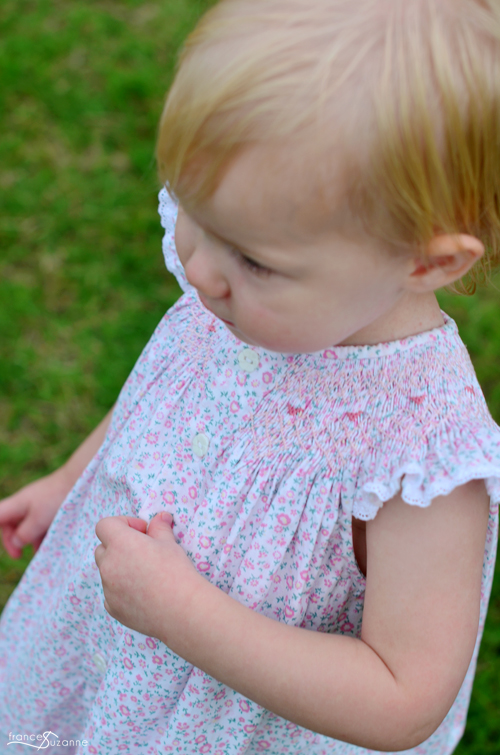 We do!! While we typically begin a project and see it through to completion, there are some unfinished ones from our earlier sewing days {pre-blogging} that haunt us.

It seems we have a knack for discontinuing smocked bishops at their construction stage….time and time again. 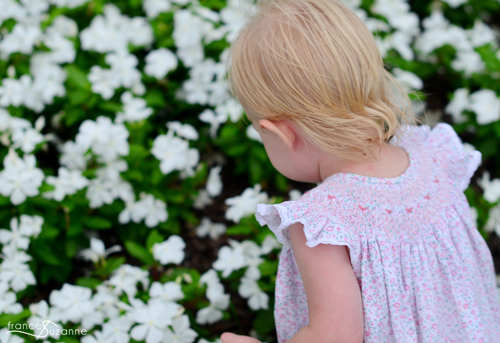 This dress met a similar fate not too long ago. 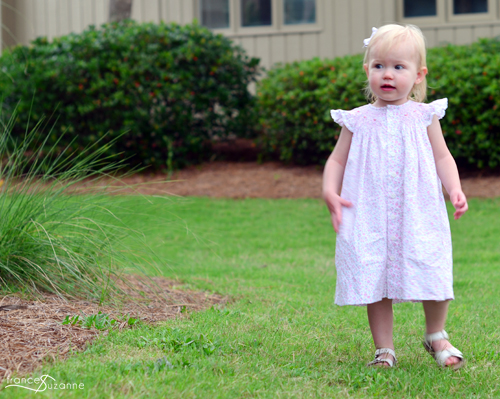 We bought the material well over a decade ago…closer to two decades {but who’s counting, right?}. And, the geometric smocking had been completed.

It wasn’t until about a year ago, that it was picked back up and the hearts were smocked within the geometric rows. 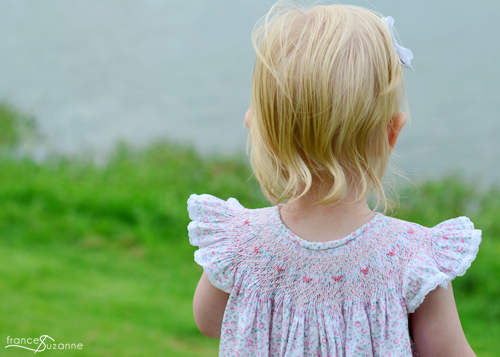 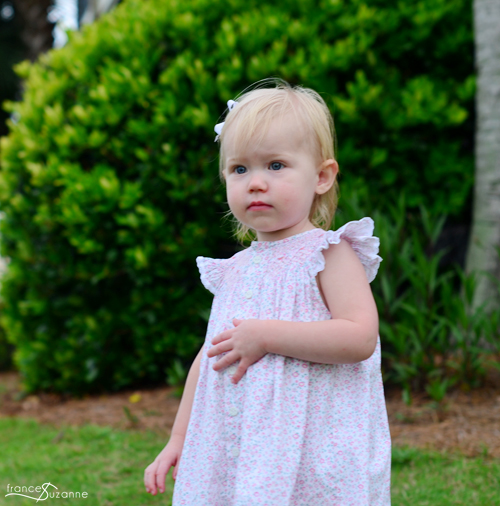 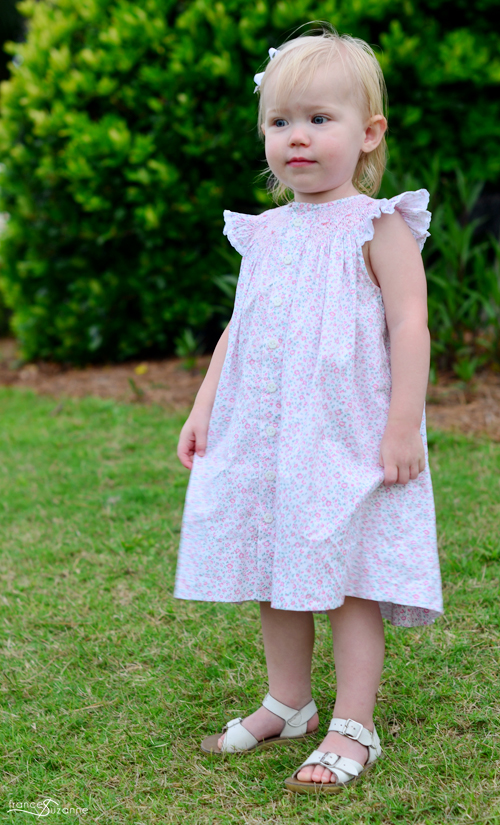 Finally, a month ago, Ashley willed herself to look at the dress again and begin contemplating completion of it. There might or might not have been some audible groans as she began the task…. 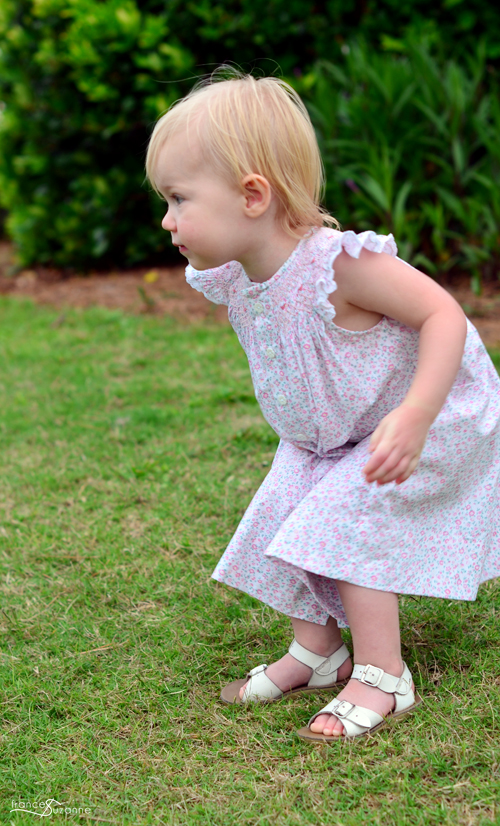 Soon after she began working on it, we realized we had a slight problem. A needed piece had not been cut for the placket area. 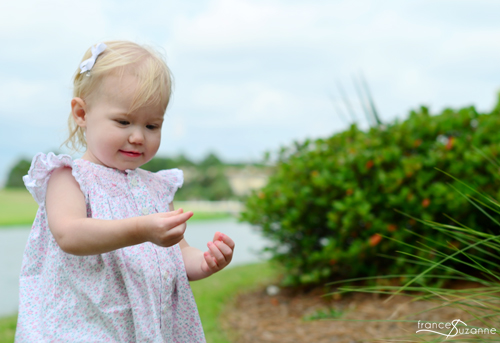 Remember how we mentioned this fabric was purchased ages ago?? YEAH….that was a problem. 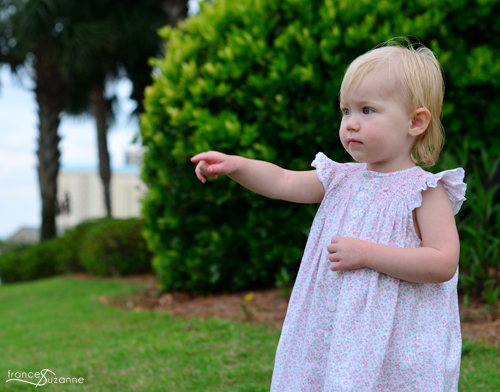 Thankfully, there was enough excess in the allotted hem that we could skimp on it a little and salvage enough for the missing piece!

So….with all of our heart, we are thankful the dress is now completed. And worn. And loved.

And, yes, we might wish just a little bit that it had been done years ago so that her older sister could have enjoyed it as well…. 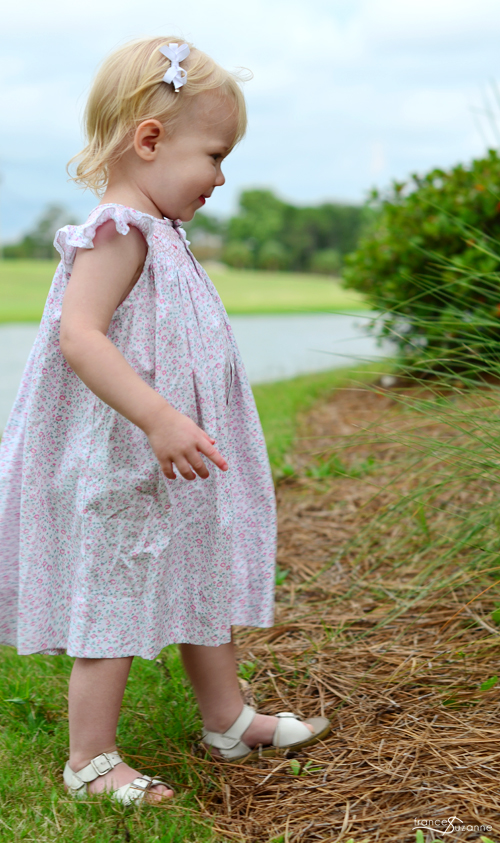 Of course, CL needs her share of “new clothes” too. And, what a great excuse to give her just that!!


What a gorgeous dress!
I’m glad you have decided to finish it!
CL looks adorable wearing it!


Beautiful!!! I love the finished look of a Bishop dress but have never attempted to make one! You guys did an awesome job!!!


The dress is lovely. I have smocked and sewed many bishops since 1978. It is still my all time favorite. They may take longer to smock but are quick to sew. I loved the winter navy coat you did last winter.


That is so sweet! I have a few things that have been in the works way too long too… mostly knitting projects. I love that fabric! It’s so dainty, perfect with the smocking!


Of all the smocked dresses, bishops are my favourite, cause they are nearly all sewn by the time you get to do the fun part – please just send your bishops my way and I’ll sew them all up for you 😀