The blog buzz is humming: the first ever summer KCW is less than one week away!! 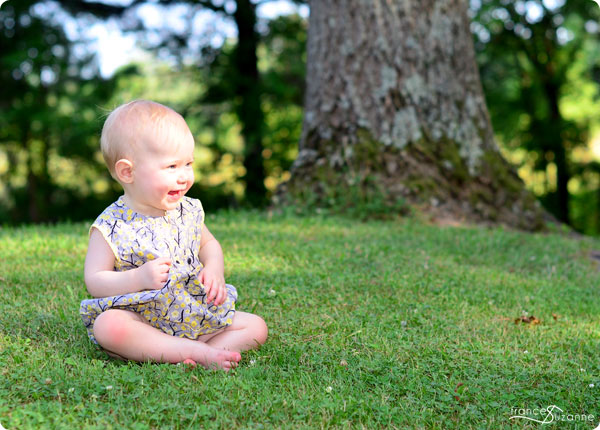 So….what is KCW? It stands for Kids Cothes Week: a week dedicated to sewing children’s clothing, sharing creations with one another, and encouraging others to do a little sewing for their ‘littles.’ KCW has recently done a major overhaul of their website, and is in the process of incorporating more resources for sewists and bloggers to utilize throughout the year. 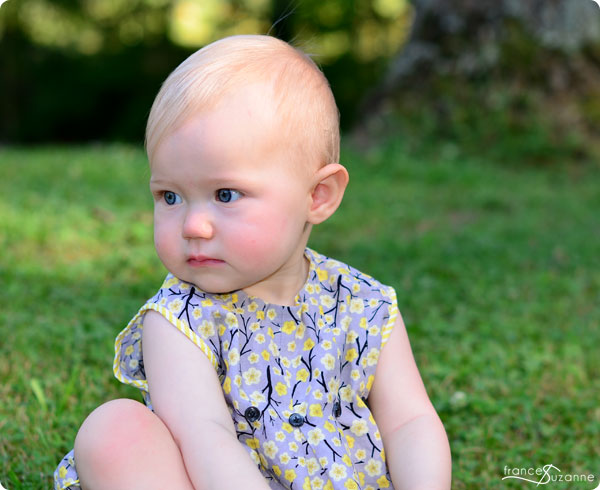 Well, technically: every week is KCW for us! Yet our speed for project completion doesn’t lend itself to the quick turnaround time of a week….
As next week approaches, we took a look back at our spring post about KCW – our plans, etc. The good news is: everything in that planning picture HAS BEEN COMPLETED {sewn WITH pictures taken, *although one hasn’t been blogged about yet}. 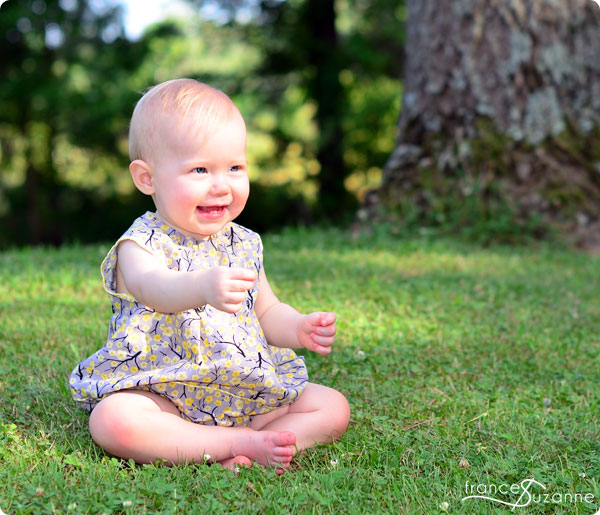 Including this sweet little bubble completed for CL….the Primrose Lane, Baby Leah Bubble.
We call that a “Spring KCW Success” – completing the projects prior to the next installment of KCW. So, maybe we’re more on a quarterly completion rate….instead of the weekly one. At least the items have hit completion, right? 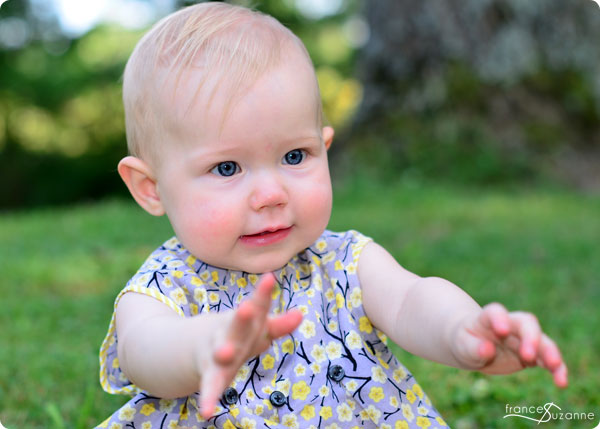 So, what’s on tap for us this week of KCW? We thought we’d tackle some of our commitments, combined with our sewing “need to complete” stack.
First up, finish FLIPPING the Oliver and S Roller Skate Dress / Tunic {for EA} with a little handstitching. And….if you are just searching for something to sew during Summer KCW, the Roller Skate Dress / Tunic would be a great option! The “Flip this Pattern” sew-along remains open until July 18…..and there is a terrific prize up for grabs for the sew-along winner this month! 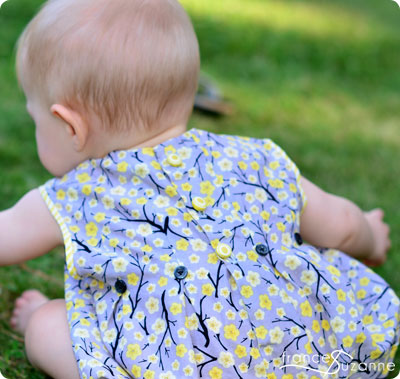 Then, upon its completion, we’ve signed up for a little pattern testing {for CL} and hope to incoporate a technique seen….but never attempted by us!
Finally, we’d love to complete an outfit and tutorial for a guest post next month. We’ll see if we can swing it…..tutorials aren’t our strength! 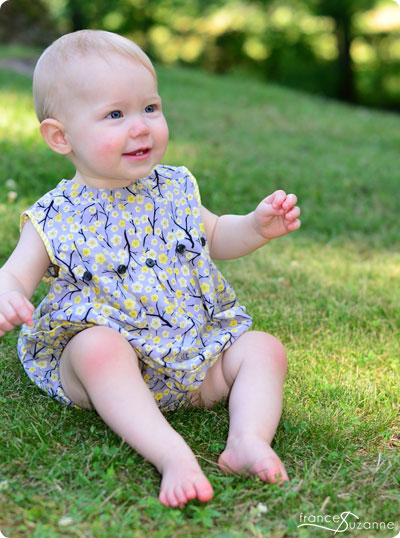 As for our “need to complete” stack?
We are nearing completion on a smocked bishop, as well as a pattern remix only in need of multiple zippers {both for EA}.
And, if these items were to be completed by the Fall KCW….it would again be a success! So much so, we might touch our toes with joy! 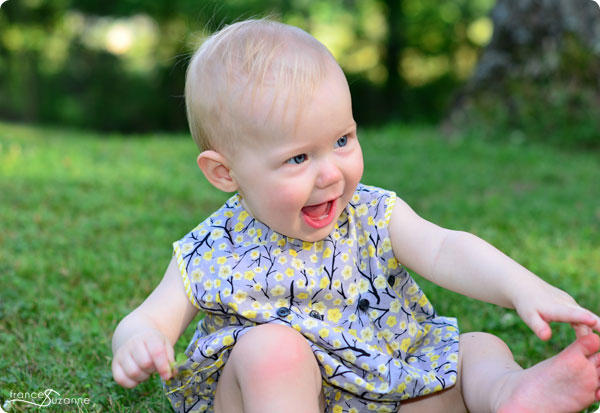 What about you? Are you planning on sewing along during the Summer KCW? What are your sewing goals entering into the week ahead?? No matter what….have fun creating, sharing, and communicating with one another through it all…. 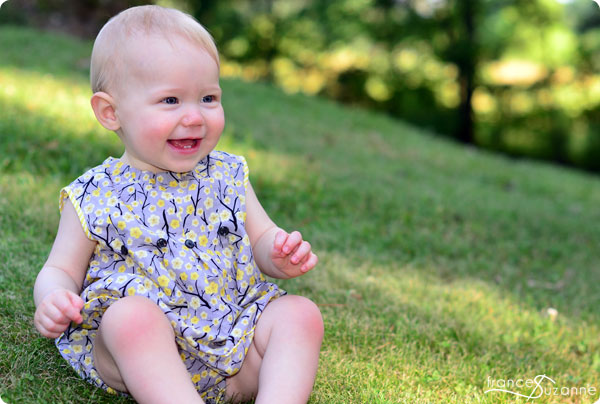 
Cute outfit! My first rollerskate dress (flipped) is in the making, hope to finish that one before KCW… My nature is to go for quantity on these occasions, but our eldest girl is in utter need of a new summer coat, thus first project is the Heidi&Finn cocktail swing coat. Hope to be able to make some other items as well, but next week being the first week if the summer holiday over here I doubt being able to spend more than the hour a day behind my machine.Looking forward to seeing your creations!


We’d love to finish our flip prior to the week, but are trying to be realistic :)! Summer and coats are oxymorons in these parts…..I bet the coat will be darling!


I love the fabric. She looks very happy in the outfit.the buttons are a cute touch.


So excited for kcw next week! And if that zippered skirt is the one I’m thinking of I’ve been dying to see how it turns out!


It is the one and only…..the one with all the zipper woes during pr&p …. You and us both on wanting to see the outcome of it. Who knows if it will work?


Awww, love CL’s bubble… and as usual her little smiles are adorable. =) I’m not sure yet how much I’ll be able to participate in this summer KCW, but I hope to make an itty-bitty baby dress in anticipation of daughter #3’s arrival. In addition to that, I’d like to sew some bloomers up for both of the sisters, and a skirt for the oldest. We’ll see how it goes. =)


When is the anticipated arrival date? Looks like you’ve set some good goals for the week!


I’m due on the 9th of August… but I keep getting the feeling that this little one is going to arrive early! =)


Wow….so soon!! We’ll be thinking of you these next few weeks!