Now that you have learned about the cable stitch and wave stitch, it’s time to learn the third smocking stitch: THE TRELLIS STITCH! And, since MOST smocking is comprised of ONLY these three stitches in varying combinations, lengths, and widths, you will be well on your way to mastering the art of smocking. 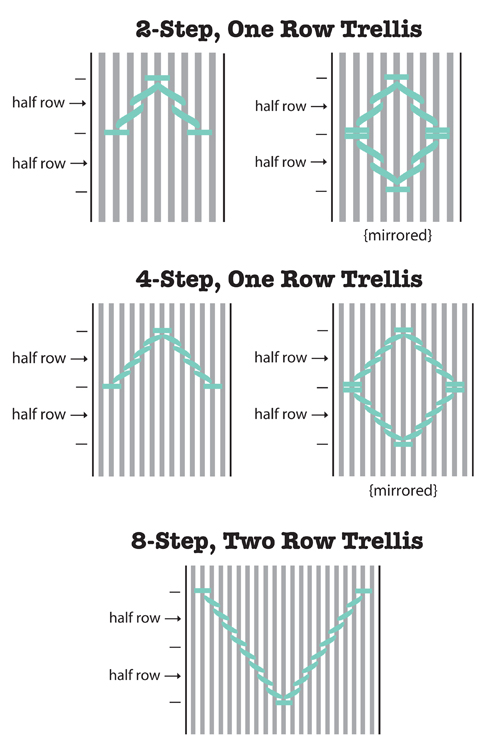 In our step-by-step video, we will work on the trellis stitch. We use the word, trellis, to reference multiple “stepping” stitches that travel between two cable stitches over a determined space. Sometimes this might also be referred to as a multi-step wave stitch though, and trellis might be used to describe what the stitch is doing (i.e. trellising). In the video, our first trellis stitch will be a “2-step, one row trellis between rows 3 and 4″ or the directions might read “on row 4, cable 1, trellis 2 up to row 3, repeat”.  Basically, this is telling you that you will be stitching a trellis stitch between rows 3 and 4, and it will take 2 traveling stitches between the cables on row 3 and row 4. Your first stitch will be a “DOWN cable”, then you will travel up to row 3 1/2 {or, if your fabric isn’t pleated in half-rows: halfway between the two gathering threads} with your first trellis, and continue up to row 3 with your second trellis, finishing it off with an “UP cable” before working back down the trellis.

On our second trellis stitch in the video, we share how to smock a 4-step, one row trellis. The only change in this example and the previous instructions is that it will take 4 trellising stitches to get from one row to the next, rather than the 2 stitches in the previous example. So, this time you will be stitching at 1/4 intervals on the rows, rather than 1/2 intervals. It is still a trellis stitch, but differs in the number of stitches it takes to cover the same area. 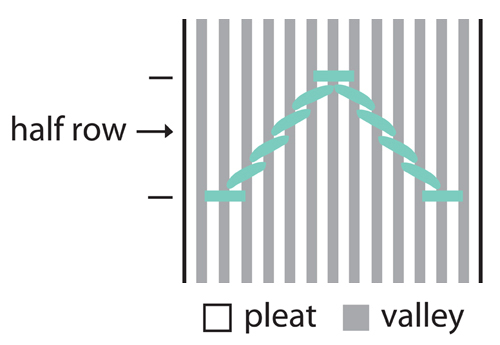 The third trellis stitch made on the video makes a deeper trellis: an 8-step, two row trellis. Again, it is all about the number of trellising stitches it takes to get from one cable stitch to another. This time, you will stitch 8 trellises between the cable stitches, 1/8 intervals between the two rows {4 trellises will be above the middle gathering row, and 4 trellises will be beneath it}. Many times, these deeper trellises are used on bishop dresses. 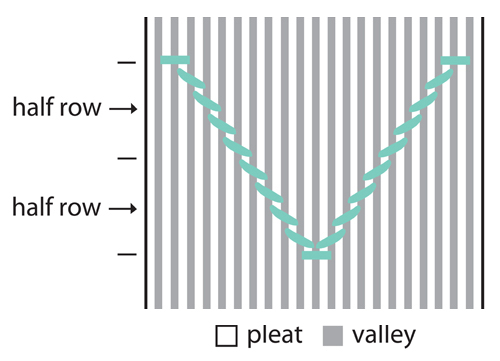 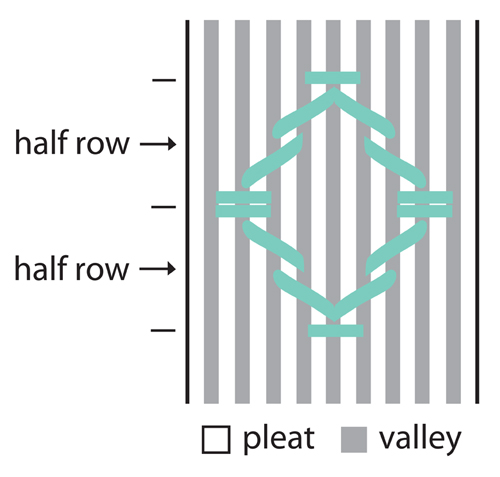 *SO….REMEMBER: You don’t smock diamonds. Rather, you smock rows of waves or trellis stitches, and then mirror those rows to form diamonds. 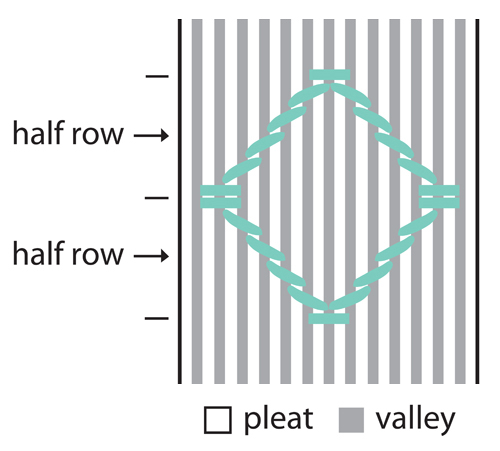 And, experiment with what you have learned!!

Later this week, we’ll be sharing a PLETHORA of “smocking inspiration” as you delve into the art of smocking in the weeks and months to come.


Thank you so much for these videos! I’m itching to get started on my first smocking project… I just have to finish sewing the thing I’m working on or it will never get done! =)


Glad you are excited about it!! We still have one more Easter dress to complete . . . as embarrassing as it is to admit . . . So much to sew, so little time :)!