The ladies over at Skirt Fixation have a pretty exciting event going on for the month of April!!! It’s called “All the Skirts“, and is a month-long event where they sew “All the Skirts” {hence, the name :)} of a given company.

This month, it is all about Oliver + S!! 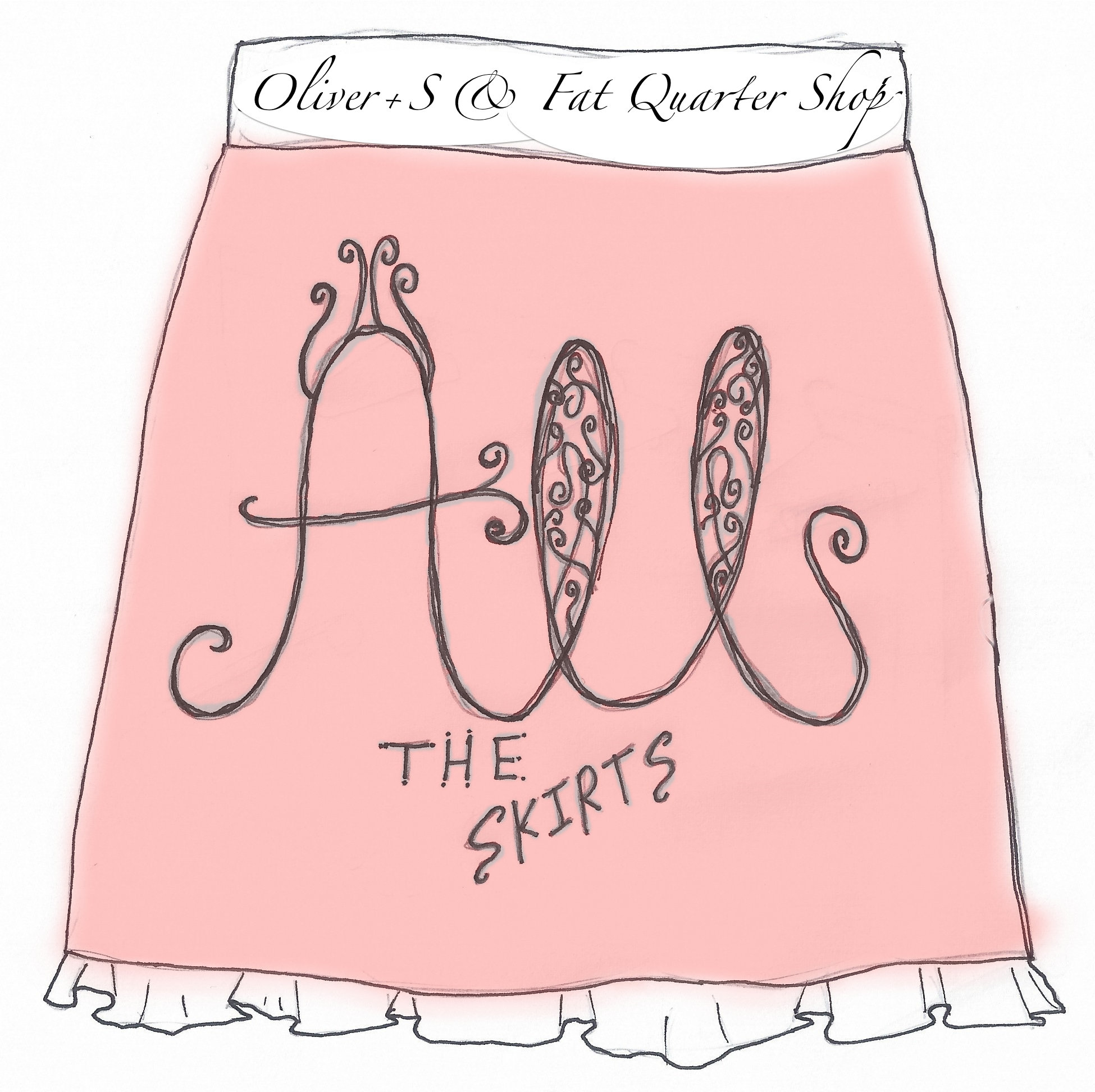 There is an awesome giveaway – with LOADS of ways to enter!!!  What’s up for grabs?? Three lucky winners will receive two Oliver + S patterns {your choice, but they have to be ones with a skirt} AND a $40 gift card to the Fat Quarter Shop!!  Yeah…..it’s awesome. And, we’ve thrown our names in the hat too :).

Not to mention, there is a linky party for you to link your Oliver + S creations sewn in 2015 or items sewn using Fat Quarter Shop fabric….giving you more ways to enter the giveaway!!

Although we haven’t sewn “All the Skirts”, we created a round-up of the ones we have sewn thus far….

Currently, there are EIGHT Oliver + S patterns that include a skirt. We’ve sewn FIVE of these patterns {with a few earning “repeat sewings”} …. plus the tutu skirt pattern from Little Things to Sew.

We were “slow learners” {you can read more about that here} on the benefits of sewing skirts, but are now hooked!! So much so, we have 4 Oliver + S skirts sewn….but not blogged about… AND another 2 cut and ready to sew!! 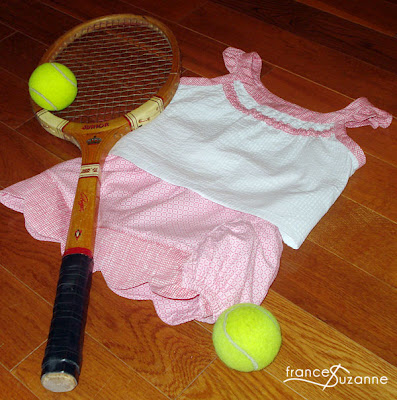 We took that challenge a bit more literally than most other sew-alongers and made EA a “tennis outfit” using the Oliver + S Badminton pattern.  It was definitely an early creation of ours. 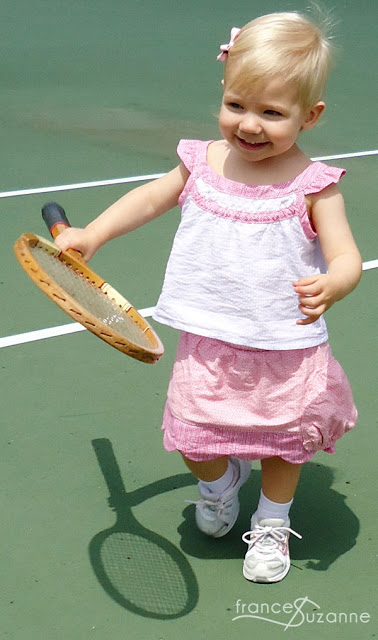 Other “singular sews” of Oliver + S skirt patterns have been: 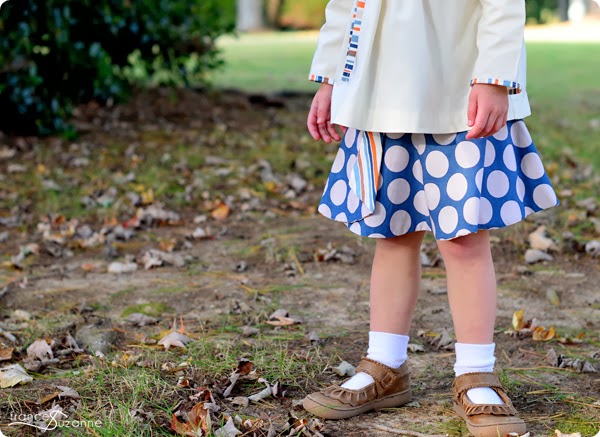 The Hula Hoop Skirt…Don’t let the photo fool you. She really liked the skirt {and outfit}!

It was just one of those days….

The Hopscotch Skirt {modified to include Christmas tree pockets}. This is a skirt we want to sew “as is” SOON!

The Swingset Skirt has gotten its fair share of the action, being sewn twice – both for Project Run and Play entries. 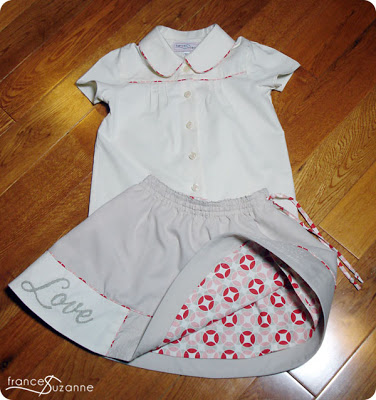 The first time, as a sew-along contestant. 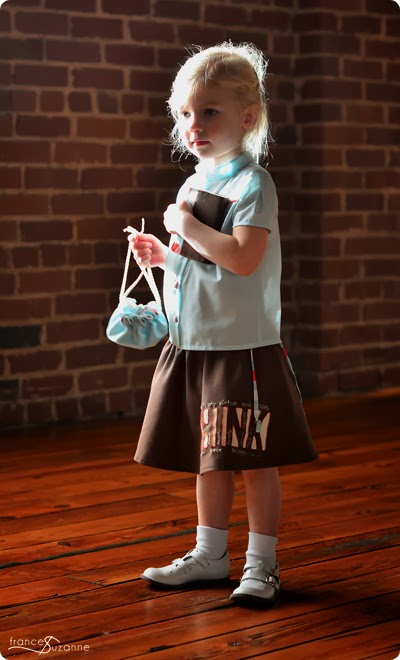 And the next time, as part of our final look as competitors.

The Music Class Skirt is one of our favorite Oliver + S patterns {although, truth be told – our “favorite” is generally the one currently being sewn}.

This skirt pattern is a deceptively easy sew – and makes you feel so “accomplished” upon completion!

That would be the 2 + 2 Skirt {we’ve sewn the top – it was paired with the Hula Hoop Skirt seen above}, the Sailboat Skirt {again, we’ve sewn this pattern…just not the skirt portion}, and the Sunday Brunch Skirt {ummmm, a pattern is emerging – once again, pattern sewn….but not the skirt :)!}!

It’s fun to look back at our Oliver + S skirt creations, and dream of future ones to come!! And, yes….those 4 sewn {and 2 others ready and cut} will be revealed in the upcoming months!! So, if you like what you see….stay tuned for more, more, more!

Now, head on over to Skirt Fixation and enter the giveaway and linky party!! May the odds be ever in your favor….


What’s not to love about O+S skirt patterns? Yours look awesome, although I may be partial on that cute Hopscotch skirt 😉
I’m finally sewing more skirts for my girl (blame it on her ever-lasting baby belly) and can’t wait to see if their new collection will add a skirt (or 2) to my sewing-list 😉


We JUST completed a Hopscotch Dress…..but, that skirt is a super cute pattern {it’s hard not to sew it!!}


Oh they’re all lovely and now I really want to go make a skirt! I especially like your perfectly piped Music Class skirts. Impeccable sewing!


Such wonderful skirts! Thanks for joining in our Oliver + S skirt event, you’ve truly made it wonderful!!


Thank YOU for inviting us!!! We’ll be joining the linky party as well with our O+S creations sewn this year….


Fun to see all of your O+S skirts together.