So….another season of Project Run and Play has come and gone! And while it’s been some sort of roller coaster ride, we’d like to think we’ve grown through it all! Competition isn’t for the faint of heart – we’ve definitely had our fair share of the jitters / nerves, second guesses, elation, stresses, deadlines, etc. over the past few months!! 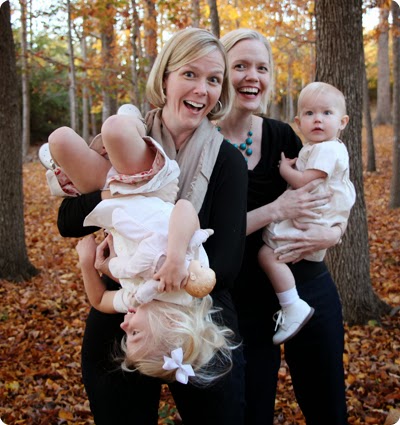 While we’ve shared our “Behind the Scenes” posts over the past four weeks, today is all about reflection on the journey….small tidbits about our time on Project Run and Play, that didn’t necessarily fit in a particular week or category. 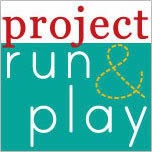 This entire experience has been an honor….and an extremely humbling one! Project Run and Play was our first ‘taste’ of the graciousness of the sewing community. The comments shared among fellow sewing enthusiasts was flat-out addicting, and we were hooked… The faithful PR&P sew-alongers are still some of our best blogging buddies, and ones we turn to when needing answers! One sweet friend answered a random Bimaa question one day, while another went on a frantic online search for princess seam coat patterns….both with no questions asked…. Then, a third friend became ‘our conscience’ through it all. We loved giving her our progression updates through the weeks – without showing her a single picture, and her never asking either….a friend indeed!!

When we entered this season, liZ and Elizabeth {the dynamic duo behind Simple Simon and hostesses to Project Run and Play} mentioned the camaraderie among the competitors that takes place behind the scenes. SO. VERY. TRUE. We don’t take a moment of sewing together for granted, nor would we want to sew without the other one…..time and time again we made the comment, “How in the world do these ladies compete alone???” 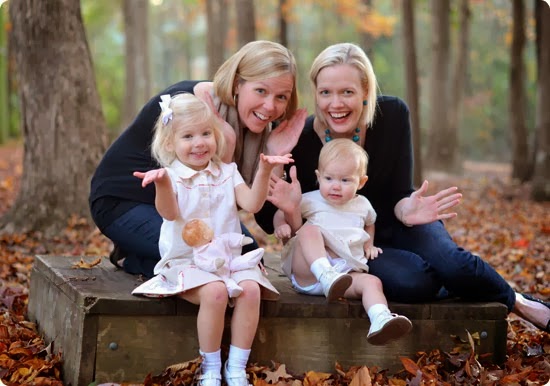 We’ve made some new friends along this journey, and even a few connections shared {think: six degrees of separation…..but lessened by five degrees}. Louise, of I’m Feelin’ Crafty, actually knows someone, non-sewing related, from our hometown – of whom we know…..or at least her family. Did you catch that?? Alabama to Washington State = SMALL WORLD. That….and her “boy style” is such an inspiration to the blogging community!! Irene’s {Froo and Boo} chic style and common love for Oliver and S patterns really caught our eye in her many looks…not to mention her adorable children. Jacq’s {begin with b} mad “skill set” had us swooning and her degree of sewing difficulty….was, well …. impressive! We were envious of Jenn’s {a jennuine life} speed, completion, and delivery of challenges, while Karly {Paisley Roots} was an accessorizing queen.

This season was all about community for us!! It went far beyond the sewing community …. Friends, family, college, and work/school friends were “ALL IN” this process. They faithfully voted each week, supported us, and asked for updates throughout the weeks’ challenges. If it weren’t for them, we wouldn’t have been in the final three. Thanks really isn’t enough…..but we hope each and every one of them knows how much we appreciate them and their support through this process!! They were FANTASTIC!! Then….throw in our local community support….and we were, once again, honored and humbled. We’ve heard that the winter seasons of Project Run and Play are the ‘beast’ as far as photos are concerned, but Loft 212 and our family’s printing business made the perfect backdrops for two of the challenges – signature style and refashion.

Before the season began, we brainstormed a list of “possible sewing techniques” to utilize through the course of the challenges {we also had a list of potential patterns to modify}. It’s interesting to look back and see what we actually used, and what wasn’t incorporated…. 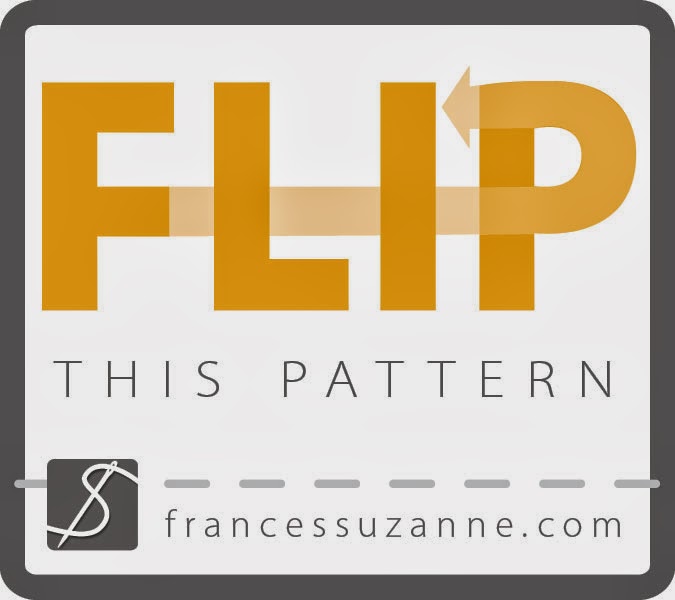 Detailing is our niche….and creating unique garments from established patterns is our “specialty.” We actually started a series, Flip this Pattern, in an effort to help us see the hidden potential of some already fantastic patterns {check the “Flip this Pattern” tab at the top of the page for more information}. As 2014 progresses, we hope to continue honing into those techniques and would love for you to share your inspirations with us as well….
It’s a nice feeling to look back over our creations and honestly say, “we wouldn’t have done it any differently.” Given our “current skill set”, we gave Project Run and Play, Season 8 our best shot!! Now, with that statement comes some regrets. Such as, we wish we had a larger “skill set” and also been more familiar with various pattern companies and their clothing fit on our nieces. Since EA and CL live an hour away, it posed a major problem on sizing at times. We went with what we knew, loved….and felt the most confident in completing. To put this in perspective: there wasn’t a single piece of our signature style that the girls tried on prior to meeting at the “photo shoot” location. Stressful? Yeah….just a bit…. 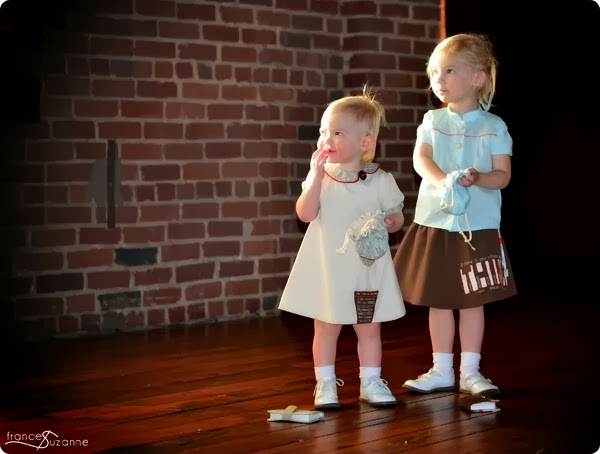 Our lack of communication with the sew-along participants also made us sad…since it is an aspect we LOVE to do, but found ourselves running behind through the challenges and barely staying afloat – week in and week out! That made following the sew-along very delayed for us, and one we missed….

As far as other regrets?? Weeeellllllll……now that you mention it, we are a tiny bit sad that “B3″ didn’t get to have his/her debut on Project Run and Play. Although it would have been nearly impossible to do three looks per week, it would have been nice to share a new face with you along the way. 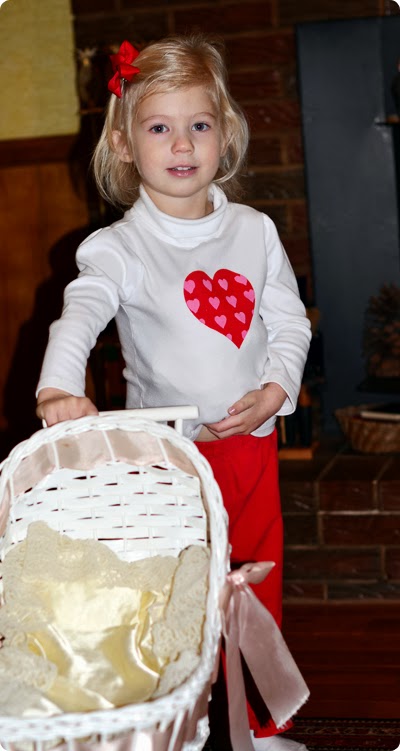 This summer, Sister Momma {and hubby} will officially have THREE, THREE AND UNDER! 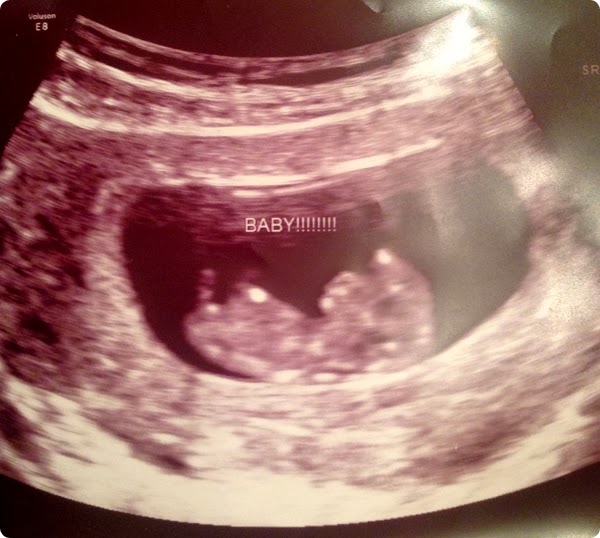 As for our plans and participation in future Project Run and Play seasons??
Get ready, sew-along friends…we’ll be back…..


what a beautiful post! i really enjoyed watching you throughout the whole season. and congrats to sister momma!


Thanks, Christina!! It was pretty intense….. YOU KNOW the feeling. Now, to begin thinking about the upcoming addition to the family :)…


I loved reading this!! You guys are such an inspiration, and seeing your gorgeous creations and cheering along has been an honor.

On an unrelated-to-sewing note, we had three under three, too! Blessings to your sister, her beautiful family, both of you, and all of yours. You guys are winners for sure!!


Thanks for being so supportive through this! One day we ARE going to meet up “in real life.”

That’s what having three kids will do to your brain. Also, just hopped on the PR&P website and saw the delay in announcing results. If I’m anxious, I can’t imagine how you must be feeling!

This season was awesome! Good luck!


I have loved your looks this season, just like always! I had three under four when my youngest was born too. Now they are 4, 2, and 18 months. Good luck to sister momma, it’s a fun ride!


Thanks Ashleigh!! We are gearing up for added excitement with the latest addition….


That is a wonderful news!:)

I’ve really enjoyed your behind the scene posts on the thought process and struggles of each week’s challenge. You all did a wonderful job on each of your looks! Are you burned out at all or raring to start a new project?


Ummmm, we’re pretty tired and have begun to ‘dig out’ of the mess!! We’ll slack off for a while…and re-energize eventually.


what exciting and fun news!!!! You ladies did such an amazing job all season long!


Thanks Suzanne! You know the feeling of completion…..


Around 30 years ago, I had three under three…#2 & #3 were twins but with sisters like you two, I’m sure she’ll have help & breaks from time to time. You designs are always an inspiration.
http://xoxograndma.blogspot.com


Thanks Joy!! We probably don’t give her breaks as often as she’d like…. :). Can’t imagine twins!!


Congratulations on the new victim, uh baby! I love seeing what you both come up with. I totally get the not having the model close by during construction. It causes some sweaty palms sometimes. Great job. I admit to having a difficult time understanding the PRP format. I am missing something. Love what I see, just not sure how it works.


Ha ha!! Thanks Martha!! Your classic, heirloom looks are always such an inspiration to us…. :).


Congratulations! A new niece/nephew to sew for… =)
Not being able to try anything on until the photo shoot… that would be difficult! It all worked beautifully though.
All of the communication between people is one of my favorite parts of the sewing/blogging world. =)


Yep….we felt as if we were always playing catch up on the communication end of things, and missed that aspect of the season {who really cares when we comment 3 weeks after the fact, right??}


Congrats to your sister!!! That is wonderful news!!! It will be fun to see 3 coordinating outfits from you!


Thanks RaeAnna!! Sister Momma isn’t into the HIGHLY coordinated outfits, so we have some ‘wiggle room’ to coordinate – but not match :)…


Congratulations to your sister!! Our 3 girls are just under 3 years apart and it is crazy and so much fun! Dreading the highschool years a bit…..ha ha!
It was an honor being on this season with you guys! I envy your embroidery skills so much!


Sometimes feedly messes with me–all I saw in my reader was an ultrasound photo and was wondering, “whose baby???”. Congrats! You two are amazing!!! Your work is something special and shows all of your attention to detail and loving care that goes into each piece. An honour, indeed!


Irene, I totally did the same thing! I even called Elizabeth before I read the post…danged feedly….
-liZ


Fun! Yay! A new baby : ) congratulations aunties! Your outfits and photography were amazing each week. I loved the Pantone set and especially the embroidery on everything. Congratulations again to your family


CONGRATS on being the 2nd place winner in PROJECT RUN AND PLAY! Sarah Helene, Minneapolis