PR&P: A Look Behind the Scenes {Week One: Winter Wonderland} 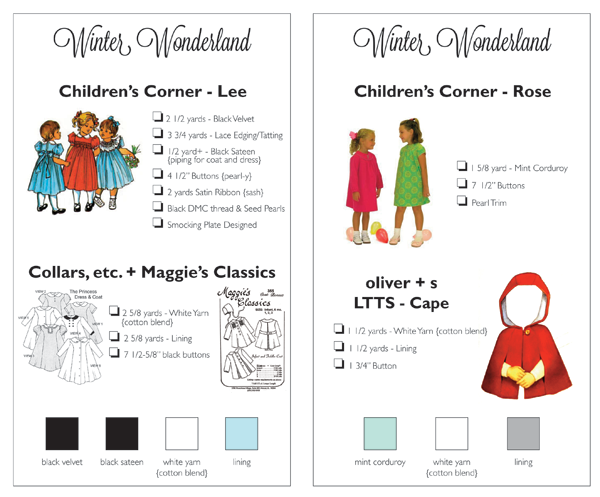 The irony of this post: It is being written on a day schools have been cancelled due to the threat of….wait for it…..BLACK ICE! That, and frigid temperatures… {I’m telling you….we know a “Southern Winter Wonderland”}
EA’s Black Ice Dress: 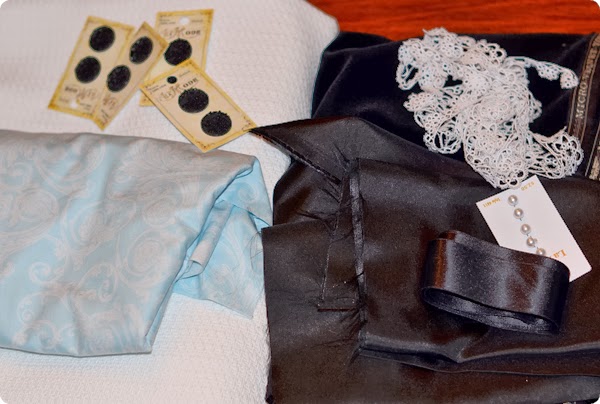 We had never sewn with velvet, nor do we want to again anytime soon. We should have caught the drift while paying for it at Joann’s. The cashier stated: “Ohhhhh, you’re the ones that bought the velvet….”. You know the tone….
First of all: the pleating took THREE PEOPLE – both of us and our “Jedi Master” – Emily {suzanne} cranked, Ashley {frances} held the excess to avoid it from pulling , and Chelle {the “Jedi Master“} rolled it through / pulled it out. We were a sight!
Then, between not being able to press the fabric {only steaming it} and the embroidery floss being ‘lost’ in the pleats while smocking, it was something else. We really didn’t anticipate smocking black on black to be difficult, but after resorting to sitting by the window, with all lights on, and a flashlight spotlighting the first row….we agreed: difficult! The smocking improved, however, after the holding and top cable rows were established….and the flashlight was set aside {but the eye ‘floaters’ didn’t stop for hours}. What did we procrastinate the longest on completing?? Why, the buttonholes – of course!! We didn’t want to ruin the garment on a final step….and not knowing how velvet buttonholes would work out for us, had us shivering! 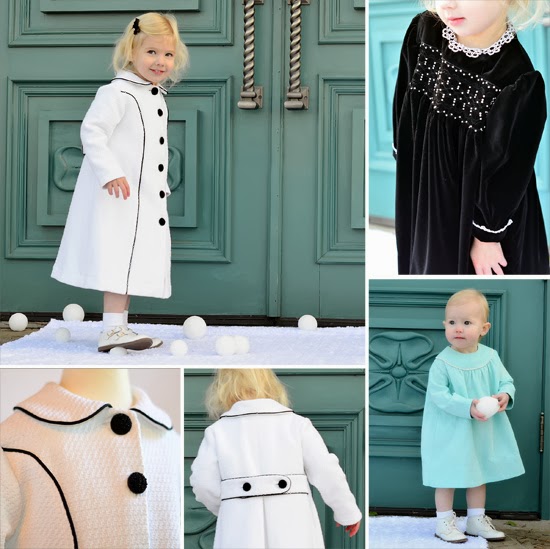 But, enough of the woes….we were tickled with the outcome, making it worthwhile!! Positives of the experience: we bought the velvet at a great price {50% off at Joann’s}, the buttonholes turned out great, and the placket {note: we dread those too} was one of our best yet!
EA’s Snow Layered Coat:
This is the first garment we practiced and made as a ‘muslin’ prior to sewing.
And, it was a beauty {note: sarcasm, here}!! There will never be another like it, that’s for sure! 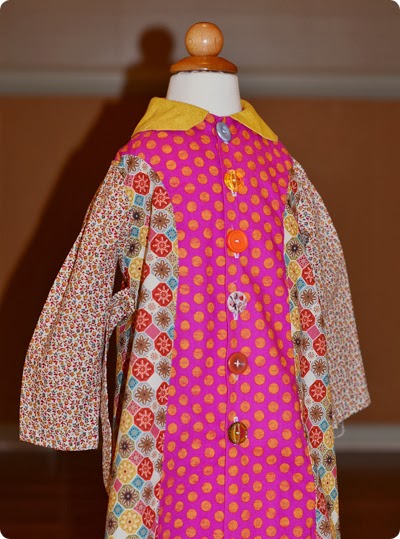 After the muslin boosted our “drafting confidence,” we sewed the actual coat. It wasn’t a bad process…..until Ashley shed some blood – literally – while working on the buttonholes. Thankfully, the blood washed right out, and Ashley’s finger wasn’t any worse for wear… **THIS WOULD QUALIFY AS THE HONORABLE MENTION of Week One’s “GOOF”!

As for the “Best Find” for the Winter Wonderland Challenge?? That would be the ‘cotton blend’ white fabric used for the coat {and CL’s cape}. We had planned to sew those pieces with white wool, but found this textured fabric instead – PERFECT, and better than what we intended to do. Both the white coat and cape can be washed and dried, with no special instructions. SCORE! 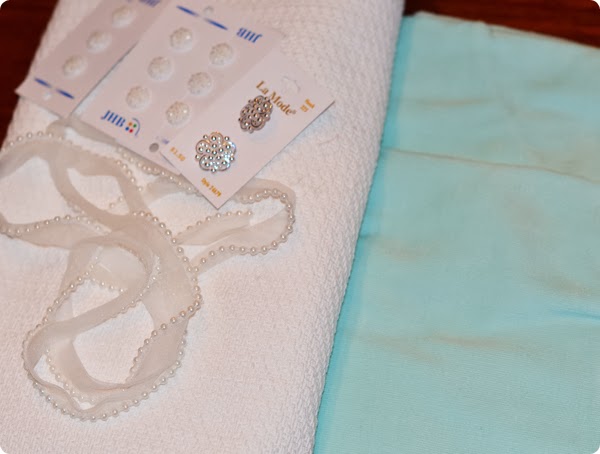 What was harder than expected?? Hands down: CL’s pearl trim! Since we add piping to garments readily, we thought the pearl trim would be a similar sew. Those pearls were difficult to sew on a rounded yoke!! Her outfit was made to ‘accessorize’ EA’s Black Ice, and while we knew it would take time we didn’t anticipate any troubles. Two yokes {and pearl trim} later, we were pleased with the results. 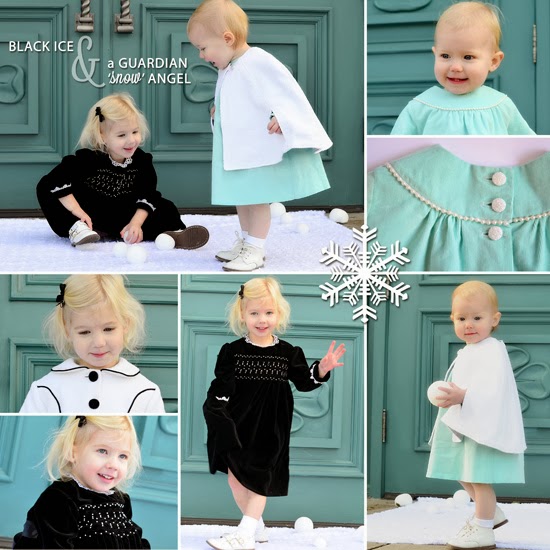 As for the “Biggest GOOF” for the week?? Well, it once again goes to Emily {suzanne}!!

You see, upon completing our photoshoot for this week, Emily decided to scroll back through the pictures “just to make sure” everything looked okay. 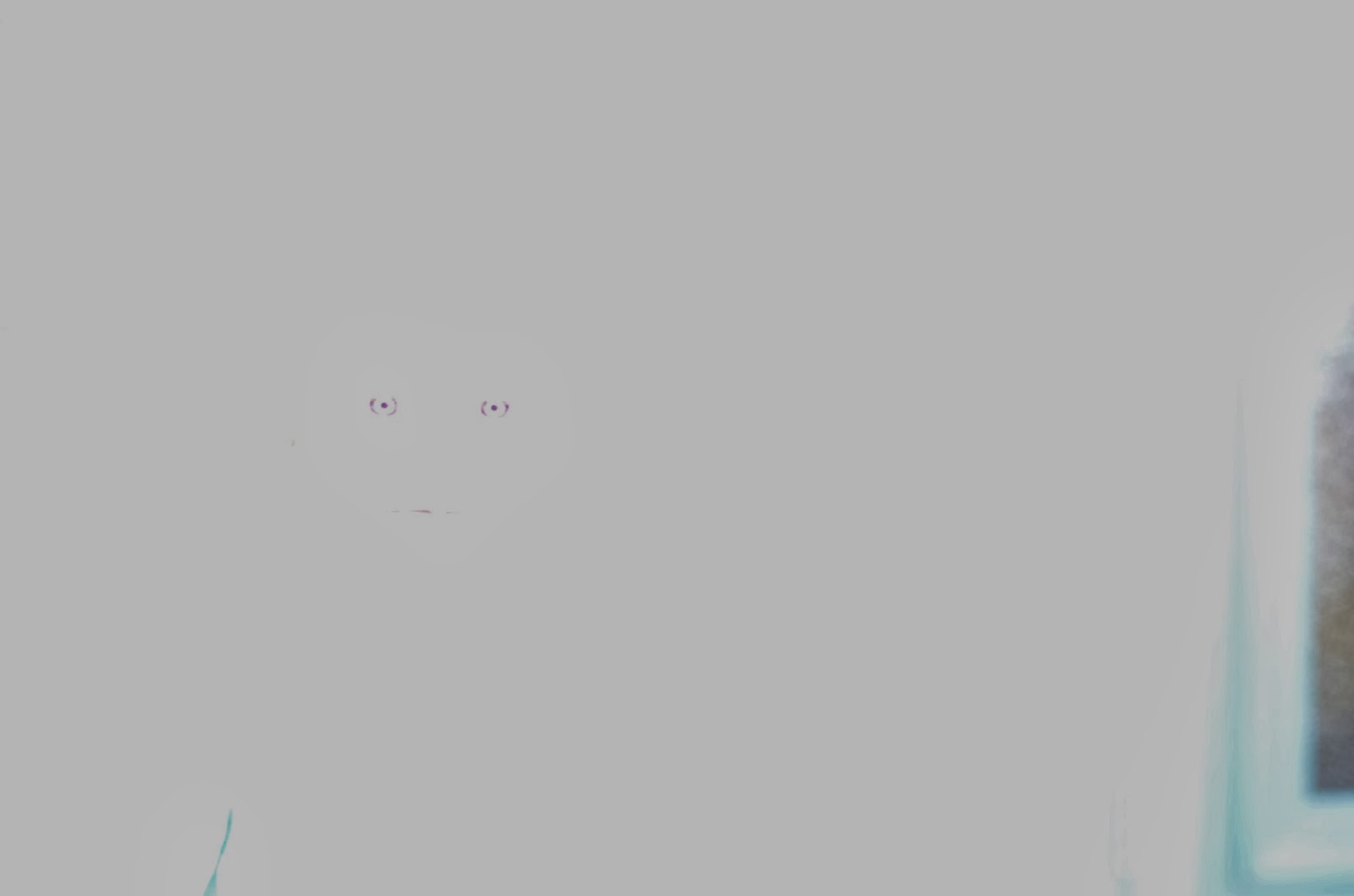 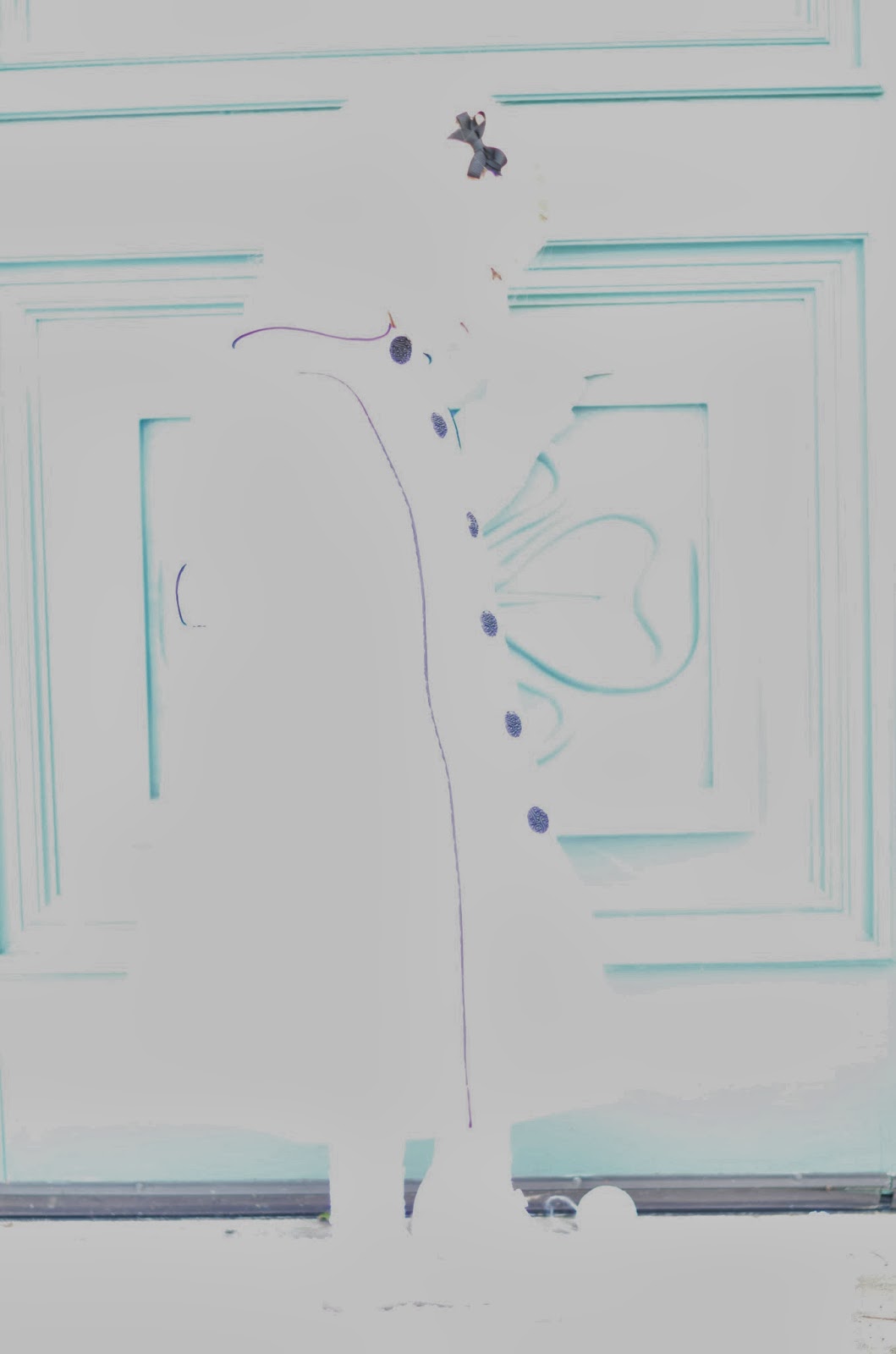 White-out conditions on a mild day in the South. Are you kidding me??
ONE HUNDRED FOURTEEN PHOTOS LATER to see this?!?!

Panic ensued, and photos were retaken on the spot.
All because a camera setting had been shifted….

*Lesson learned: Check photo quality prior to the end of a photo shoot!

If you haven’t already done so, there’s still time to vote for your favorite “Winter Wonderland” look for the week! Voting closes Thursday night, so cast your vote before then….because…

We’re on our way to “Week 2″ photo shoot {a little snowball – marshmallow – snack to go},
and really, really, really want to be around another week to share!


oh man, those pictures! and that muslin coat! I love this post – thanks for the behind the scenes dish.


How fun to ‘see’ behind the scenes! The muslin coat is identical to some things you see in fancy boutiques…you should try to sell it:)


Love this behind the scenes post! The looks you created are just beautiful!


I’ve done a whole photoshoot like that before too. At least you caught it before heading home, right?!
I really love your shopping cards! And seeing how you brainstorm is really helpful… not something I’m great at.
I really wish I could sew along this season! My sewing machine picked a really bad time to break. =(


Oooooooh, that is bad timing for a sewing machine malfunction!! Maybe it will be fixed faster than you expect, and you can still squeeze in a week…


I really hope so! I haven’t heard back from the repair shop yet, but there are still two and a half weeks left. =)


Congrats for hitting the top! I love the black ice interpretation!


Stunning pieces!
The black velvet is just too gorgeous (love to read about the process. You did an amazing job)!


Your pieces are lovely! I have never tried to pleat velvet for smocking. Sounds like it took a lot of work, think I’ll stick to batiste!

I’m just sitting back and watching this go round of PR&P. I have too much other stuff going on to sew along this time.