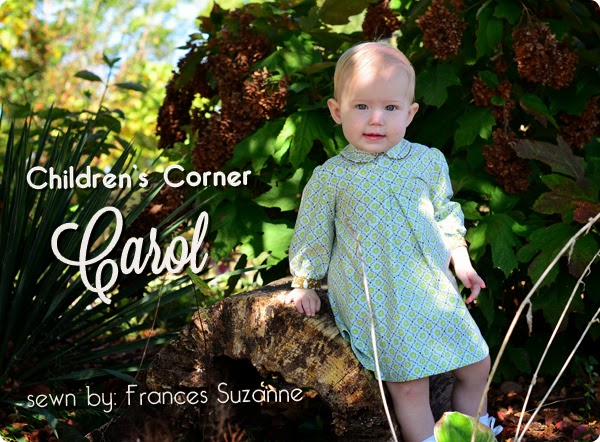 Sisters are a wonderful blessing!! They can be one’s best friends, built-in playmates, and a host of other roles. 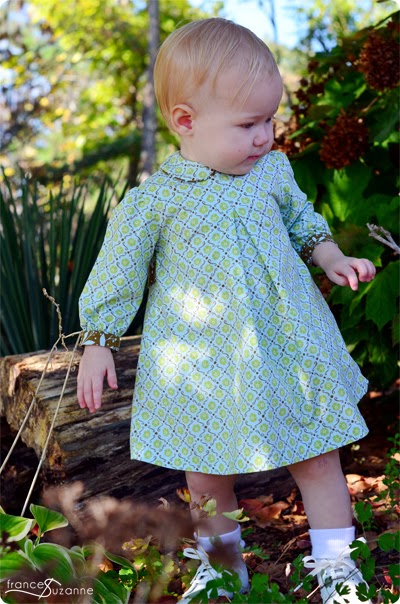 But for sewing aunts, sisters provide another perk: an opportunity for garments to receive more wear than a ‘one hit wonder’ so to speak!! Think of it as time invested = double {or even triple} the rewards!! 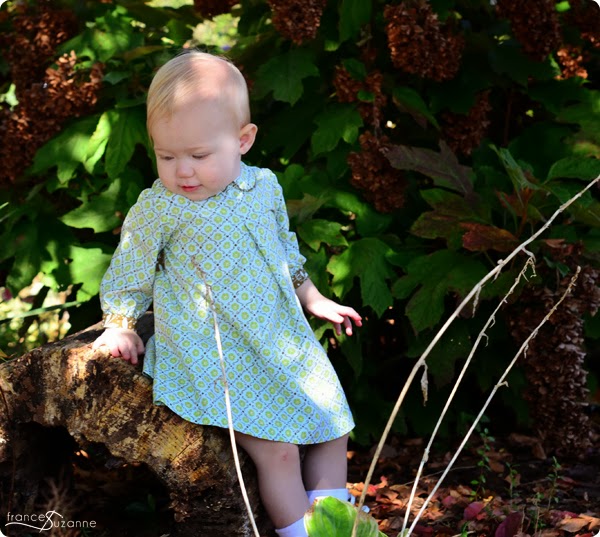 Before we began blogging, we sewed a bit for EA – off the grid so to speak – and linked up to flickr {when flickr would agree with us and our passwords}. 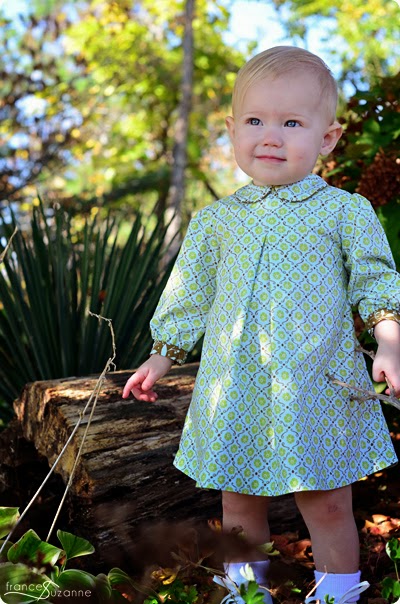 The Children’s Corner Carol was a dress sewn initially for EA, but is now receiving a fair share of wearings from CL! 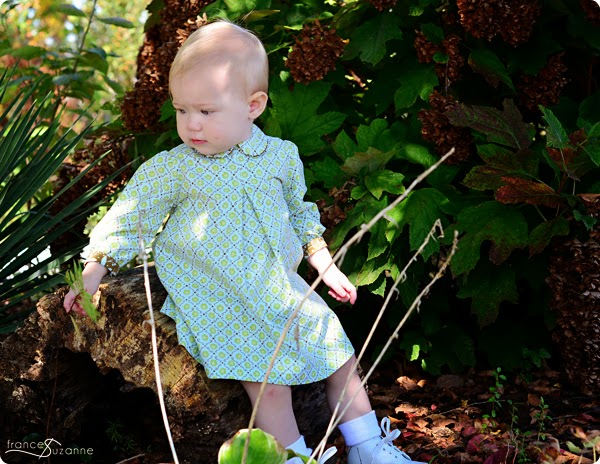 We LOVE the lines on this dress – so simple, so classic! 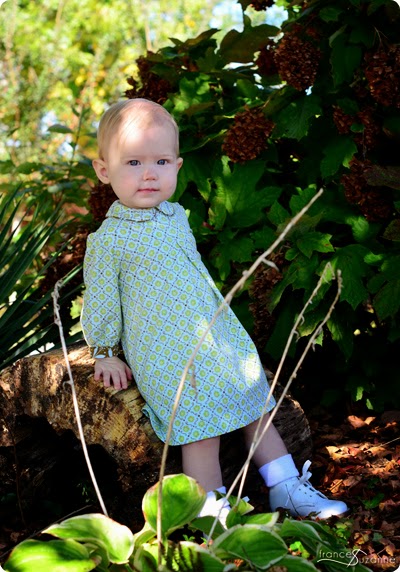 The peter pan collar and inverted pleat were just the style we were looking for as we began “pattern collecting / sewing.” 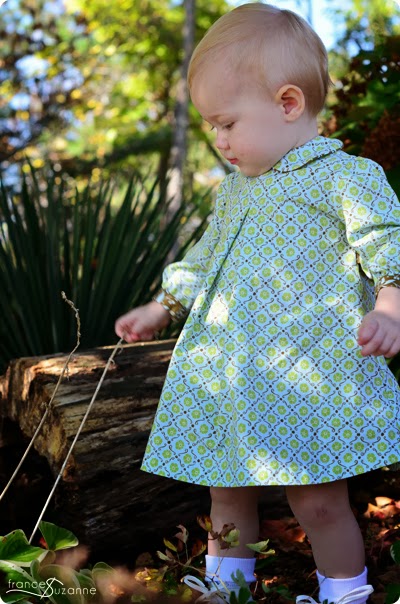 As for it being a ‘second’, we think CL wears it quite nicely and will continue to do so for the fall/winter season!! 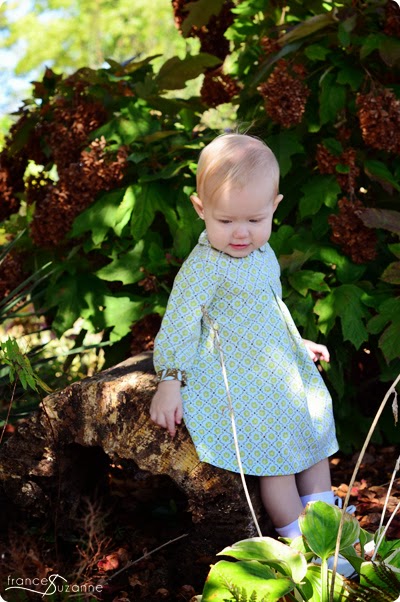 And, just so you know….there will be other installments of ‘off the grid’ posts coming your way. 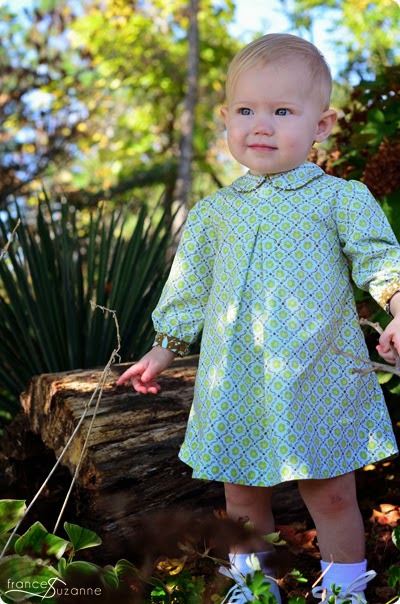 CL has just hit the ‘seconds’ stage with many of our early garments created {but never blogged about}! 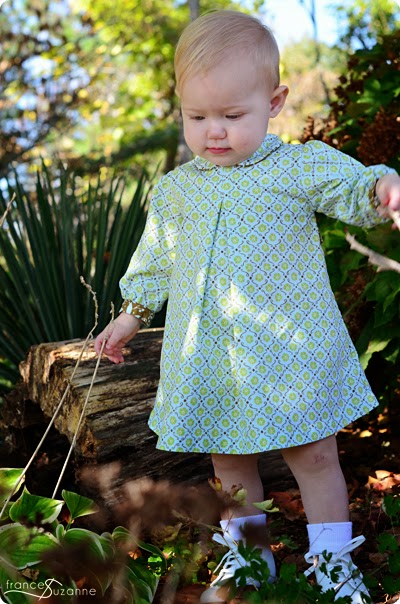 So, get ready for some “old…but new” material coming your way. That is, unless you followed us on flickr … back in the day!! 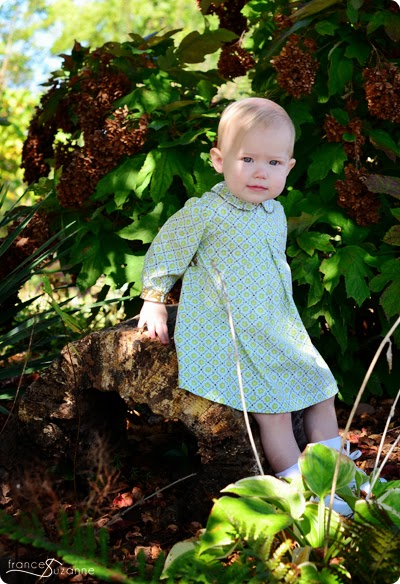 
This is such a beautiful and sweet dress. And it’s just like looking at her sister, amazing!


They DO favor, don’t they?? We don’t realize how much until we see photos of EA around that same age!!


what a lovely dress this is!
and cl is such a great model, isn’t she?


SO much better than her big sister right now :)…..hoping this photo phase will pass for EA!!


Carol pattern is one of my all time favourites from CC. Little CL looks so sweet in the dress. Lovin’ her chubby little legs but oh, that owie on her knee .. poor wee lamby!


If I had to guess, she probably didn’t cry! I can completely see you sewing up several Carols!!


I love seeing all the new “old” outfits! The dress is so classic and pretty.:)


Thanks, Cindy! We are justifying that no one has really, really seen the garments…at least on the blog :). We’ll have a few more to show before it is said and done!


I love these posts! These are the patterns I first used when I learned how to sew, and the Carol dress is one of my favorites


Thanks Teri!! We couldn’t let them pass without sharing…. :). Children’s Corner patterns run true to size for our nieces, so they are great starting points for us to gauge other patterns!!


I’m not surprised that this pattern was calling your name! =) Love the outfit, and CL makes it even cuter than it would be by itself.


Ha…YES!! It is a pattern that definitely has our name / style written all over it!!


I love the carol…my I’m hoarding one I’ve made for my daughter’s second birthday! I don’t think my pattern includes long sleeves….did you lengthen them yourselves?