Suzanne, from Winter Wonderings, is here to give you her “Flipped Creation”
for the Shwin Designs, #9 Trousers.
************************************************************************
I can’t believe I am back here – and this time sewing for one of my BOYS!!!!  Wohoooooooo.  Now, when I originally chose which month to sign up for, I purposefully made a b-line for these pants.  Not only did I desperately want to sew up a pattern by Shwin&Shwin (which did not disappoint), but I have a child with a rather interesting physique.  You know at the begining of the movie ‘The Blind Side’   When Leigh Anne Tuohy is describing the perfect Left Tackle… The ideal left tackle is big, but a lot of people are big. He’s wide in the butt and massive in the thighs. He has long arms, giant hands and feet as quick as a hiccup.  This is my son B to a T… and as a two and a half year old, it is making it impossible to find pants in the stores that fit.  Add to that build, the fact that he still wears diapers and any chance of a miracle just flew out the window.  I will cherish my son, and his build – and I will make sure he has the coolest pants on earth – cause his mama can SEW! 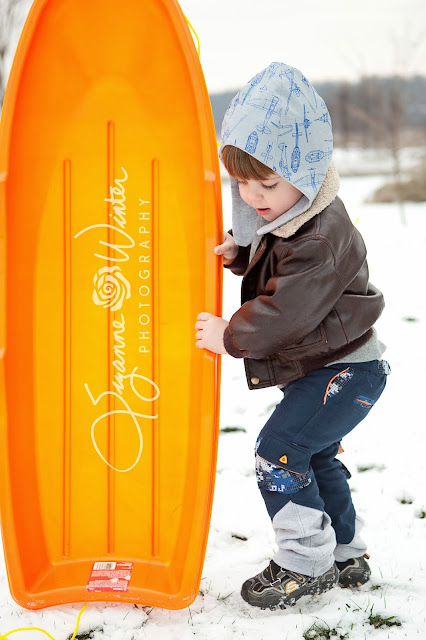 So I have flipped the Number 9 Trousers into…. well… PANTS
(woah – you didn’t see that one coming did ya!) 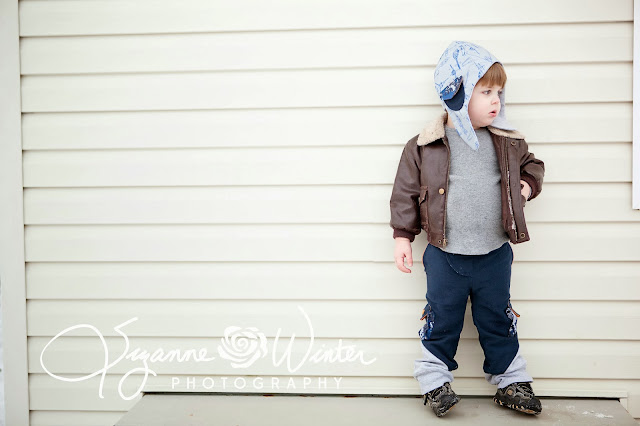 After hours of staring at the pattern and trying to think of the most epic flip possible, I was feeling a bit lost.  So I went instead to my fabric for inspiration.  I was recently sent some samples of the new Fly Boy line by Whindham Fabric, and as soon as I saw them, it all clicked into place.  I knew that I wanted to create some epic Aviator Pants for my adventurous soul who loves watching planes in the sky and snuggles with the airplane quilt his Nana made for him every night. 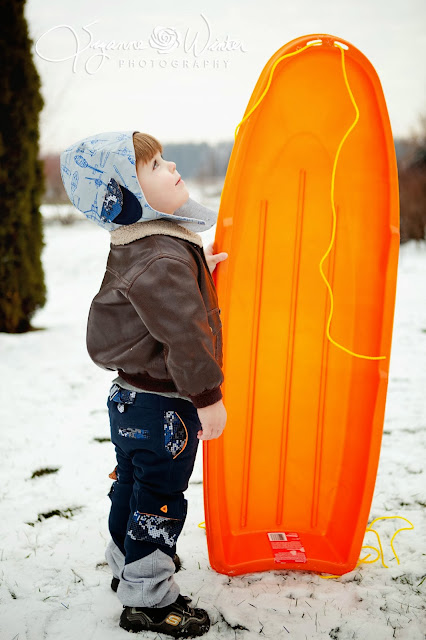 The Key to Aviator Pants, I quickly discovered was pockets, pockets, and more pockets ;o)  So I kept the original slash pockets and welt pockets, then added some fun cargo pockets and half kangaroo pockets on the back of the legs.  I almost went for more… but I did still want him to be able to move and play in these pants!  I used my fabric to make these details really POP with faux piping along the slash pocket, an unexpected pop of orange in the welt pocket linings, and a mix of the pixelated camo in blue and orange on the cargo pockets to make them super cool, but also cohesive in the whole look. 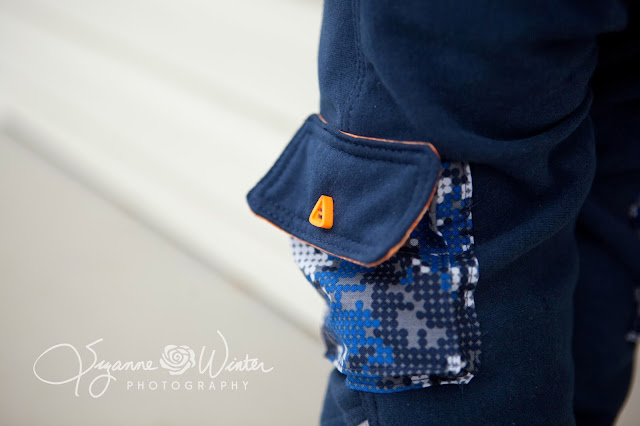 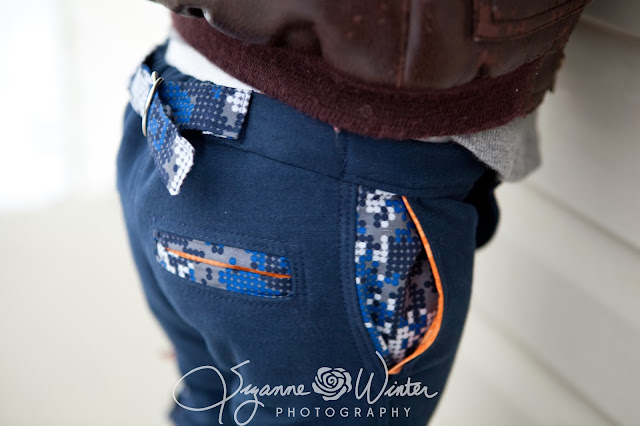 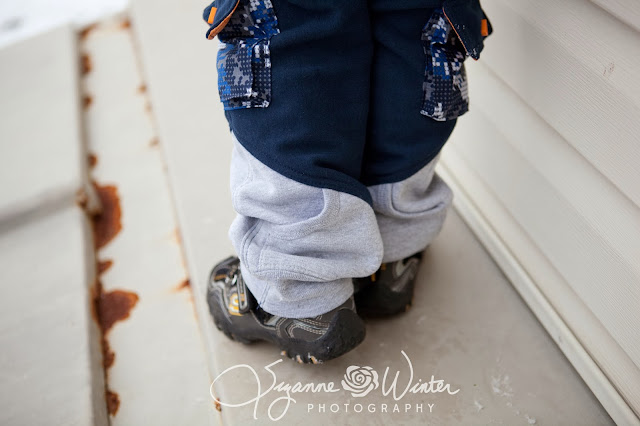 I was also inspired by the diagonal cross fly I found in some older aviator pants… So I adapted the pattern to include that as well.  And no budding Aviator is fully dressed without his cap, so I whipped up a Cozy Pilot Hat by See Kate Sew to complete the look. 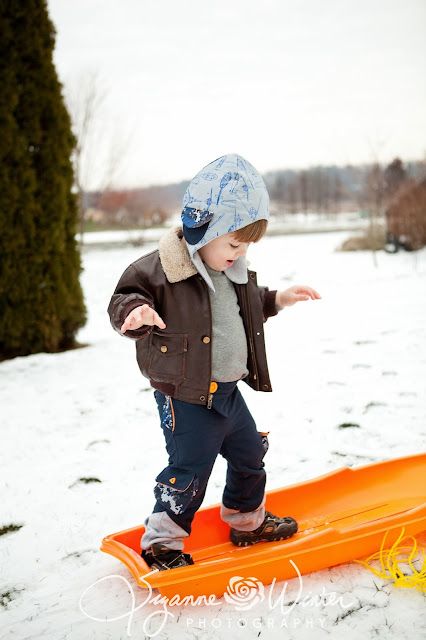 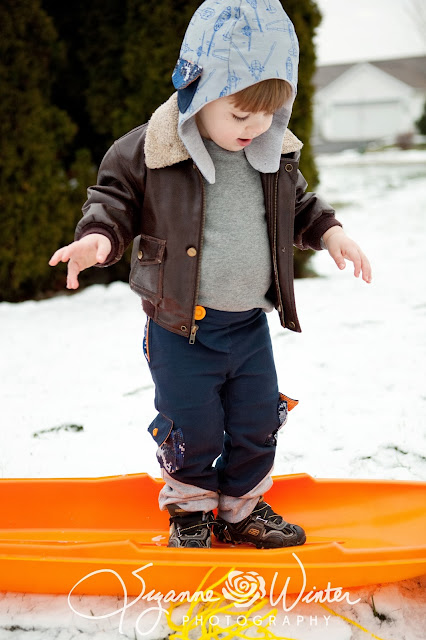 The most visually striking element that I changed up was creating the Chevron Color-blocking on the legs.  I simply created the shape I wanted and cut it into the pattern – added seam allowance and then cut the top and bottom halves of the legs in contrasting fabrics.  Easy Peasy, but such a cool look!  I reinforced the seams (and gave some visual interest) by sewing two rows of top stitching along each seam. 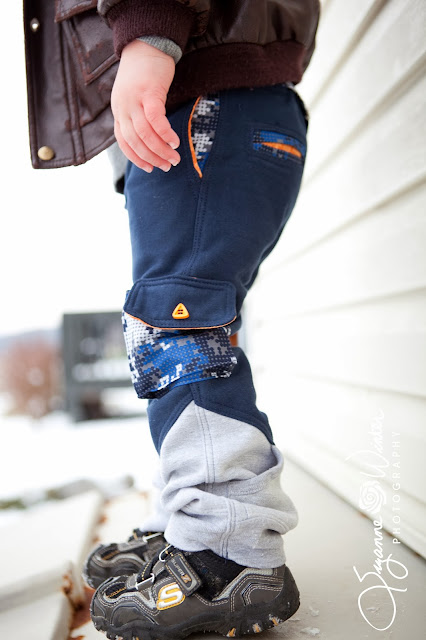 The one detail I knew from the get go that I would include was a pull tab adjustable waist in the back of the pants.  There is still elastic in the waist band underneath the pull tab, but I love how this feature allows the waistband to look like a non elastic waist band while retaining all the function and comfort of an easy on elastic waist pant. 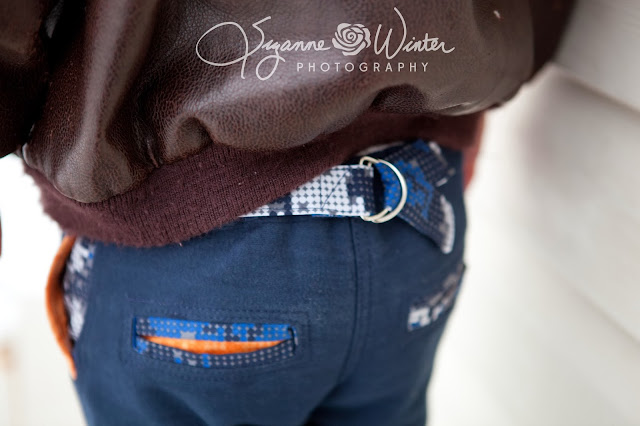 The base of these pants are constructed of nice warm Sweat Shirt fabric.  To complete this adventure in mixed media, I couldn’t help but let some of my signature Up-cycling shine through.  All of the grey is an old hooded sweatshirt that was in my stash.  The sweatshirt was my inspiration for both the half Kangaroo pockets and the rib knit cuffs of the legs.  I knew I wanted to have pants that cinched in a little at the bottom, and this was the perfect way to incorporate the look. 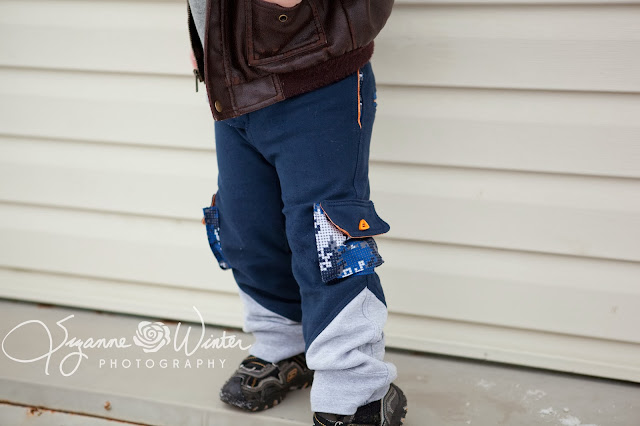 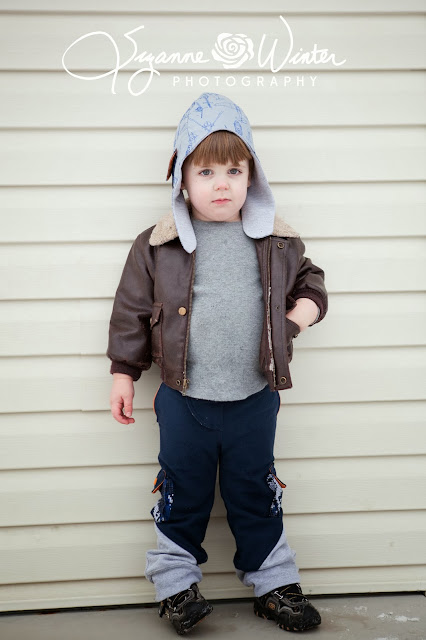 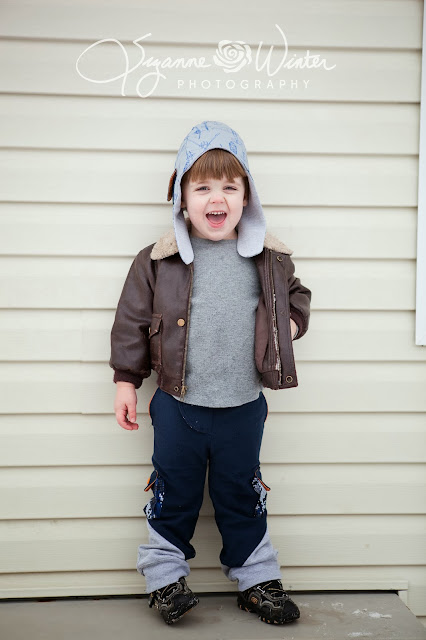 
I think this pattern lent perfectly to tons of pockets! Such awesome pants on a cute little guy!


such attention to detail and so well made!


Uh, wow! These details are amazing. I gotta say: He really got the coolest pants on Earth – his mama can sew 😉


Suzanne, these pants are awesome! Your little guy is lucky to have such an awesome sewing mom…no funny looking “husky” pants for him.


Wow! The pants are AWESOME!


All these pockets make my head spin {or, maybe I should say – flip}, Suzanne! Great flip!!


wow!!!! I think these pants are the bomb. very well made and the choice of fabrics perfect!


Awww – thank you so much ladies!!!! You made my day ;o) I am so grateful to be surrounded by so many talented and encouraging women!


The pants are adorable on your little aviator!:)