Do you know how hard it is to do that? Luckily, this girl of mine needed a skirt…a plain go-with-anything-in-the-closet type of skirt and I had some black baby corduroy that would be perfect. However, she also needed a Christmas outfit that would get worn more than once. I decided that I’d make the black skirt a little more special, but still neutral enough to go with anything. And that is how this Little Black Skirt With Some Sparkle (as well as my version of an Anthropologie knock off of a shirt–details on that will be coming soon) was born. 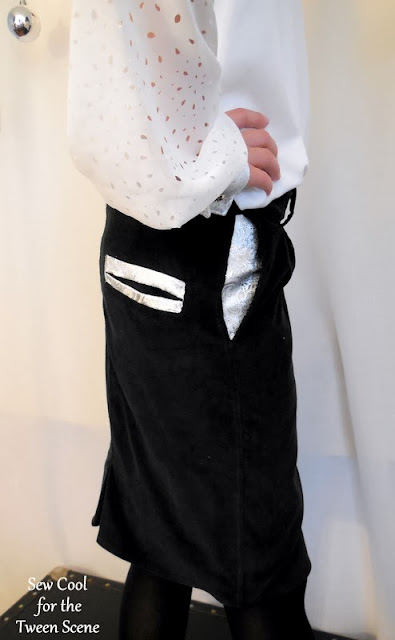 Because I only had a little bit of the black corduroy and I didn’t want to goof up, I decided to test out my creation/idea first. For the first run through I used a pair of cords that my oldest son said he would never wear. Here you can see how I cut out the main pieces. All the other pattern pieces I used as is. However, instead of cutting out the rise for the legs, I cut it straight up. I also adjusted the instructions, instead of sewing the inseam together, I sewed the 2 front pieces together and then the 2 back pieces. (The result of the trial run are at the end of the post.) 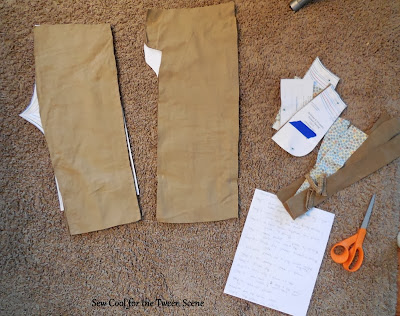 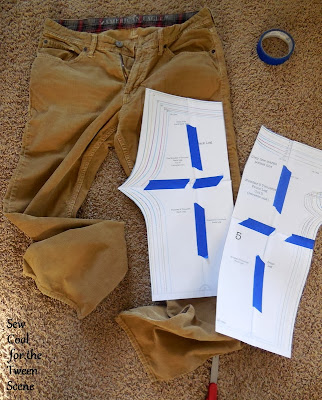 And here is the final result…a cute little black skirt.
Now on to the details, which don’t really show up in the big picture. 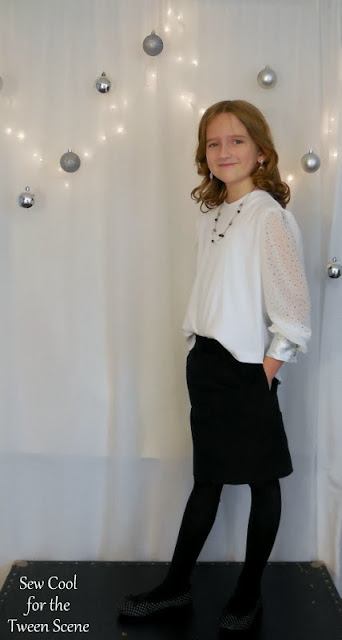 One thing I did was to do some accents of silver. I used a pretty silver brocade (found at JoAnn’s) for the pocket facing, the welt pocket, the inside back part of the waistband and the inside of the kick pleat that I added to the back. This is what dresses it up for the season a little. 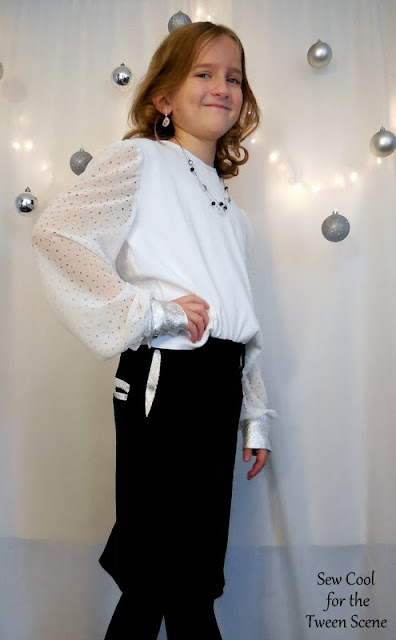 Here you can see the silver accents a little bit better…but boy is shiny silver hard to photograph well.  You can also see some of the other not so obvious ‘flipping’ I did.  I added the belt loops to the waistband, because my daughter likes to accessorize.  I also added a couple of pleats on each side of the front, to give the skirt a little more feminine fit. 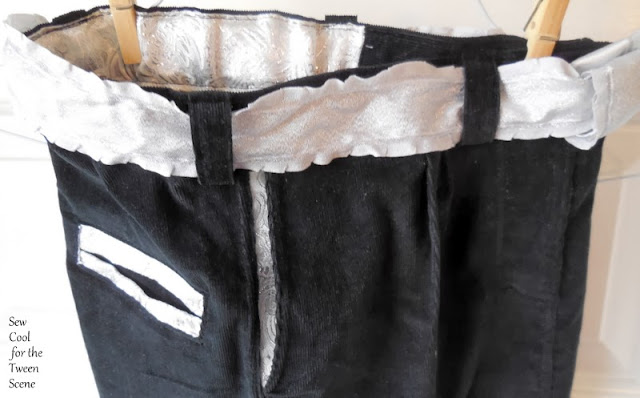 And finally, one thing I learned from my trial run is that 10 year old girls don’t like tight fitting skirts and therefore I added a kick pleat to the back of my final look.  This allows for a little bit more movement when it comes to walking.  She was happy with that. 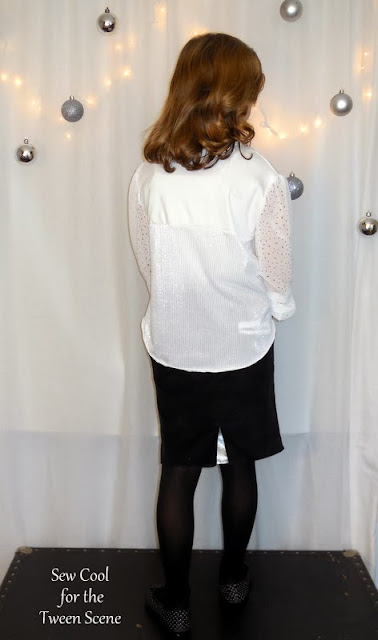 Here you can see the kick pleat as well as the details of the silver brocade better.
(I wrote up instructions on how to do a kick pleat here)
And that is my ‘flip’ from pants to a skirt…really not as hard as it seems. 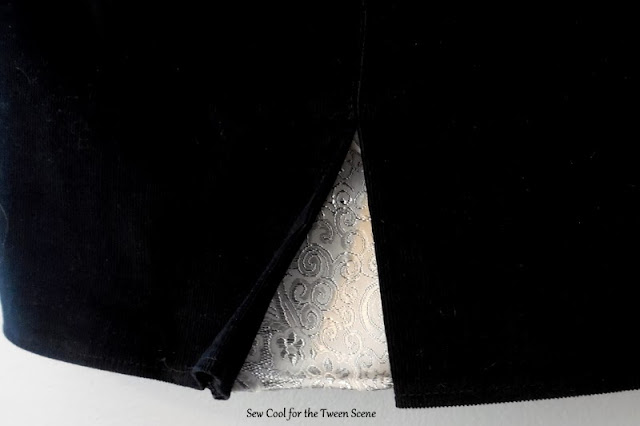 This was my first attempt, which turned out so cute that I almost said forget the black skirt…
I’m going with this one instead. 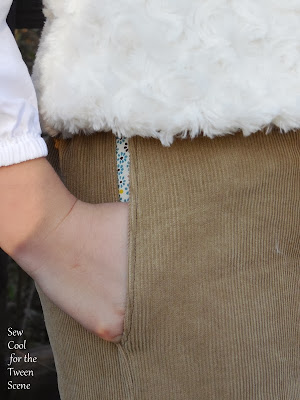 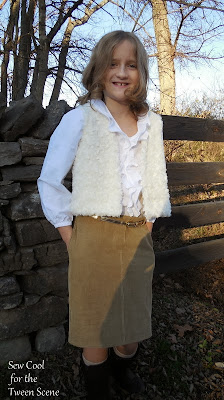 
Very nice ~ flipping it into a skirt is a great idea!!


Great job, Sally!! I love that this flip has been such a success, that two skirts were made using the concept :). Thanks for sharing and inspiring others with the #9 trousers….


Sally, this is awesome. I want that skirt for me! Your teaser photo that you emailed me was so small, I couldn’t tell what it was. I really love this. And, I am super pleased that you did a tween again. I love your tween scene. Way to go Momma!
with love,
-Jo


Awesome job Sally!!! love the thought to flip to a skirt, and your daughter looks so happy in both versions!


Both skirts are super cute! The tan one is perfect for everyday while the black skirt with silver accents is perfect for dressier outings. I love the silver kick pleat!


Thank you all! They’ve been great additions to the wardrobe and have already been worn a couple times each. Thank you Ashley and Emily for letting me be a part of this fun series and for giving me a reason to make the skirts!


cute skirts, Sally! I’m partial to corduroy, so I think that’s my favorite–but great job on both of your flips!