The “Minority Report”, brought to you this Iron Bowl Eve….from just that, the minority. 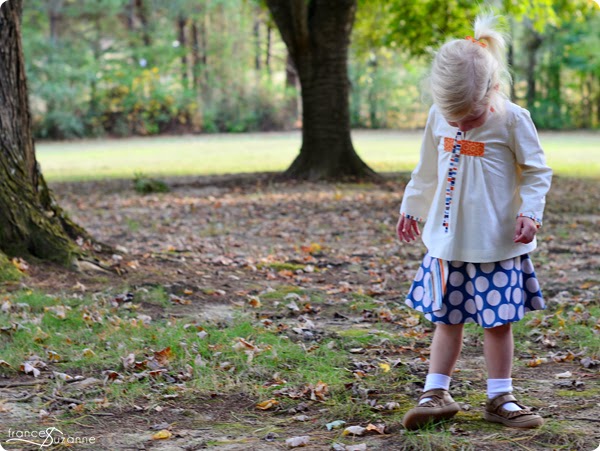 Imagine growing up….longing, wishing, hoping for a win….but not for the reason you might think.
No, it wasn’t for bragging rights…
It was for … SILENCE. Yes, that’s right….SILENCE! 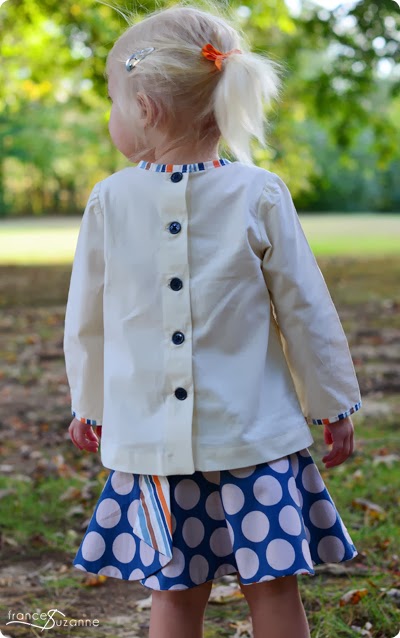 A win would insure approximately 365 days
of pure, unadulterated silence until the following year’s Iron Bowl.
This game is a “Football Civil War” in this state – families divided, emotions running high, etc.
And, yes, you would have to ‘live it’ to ‘believe it.’ 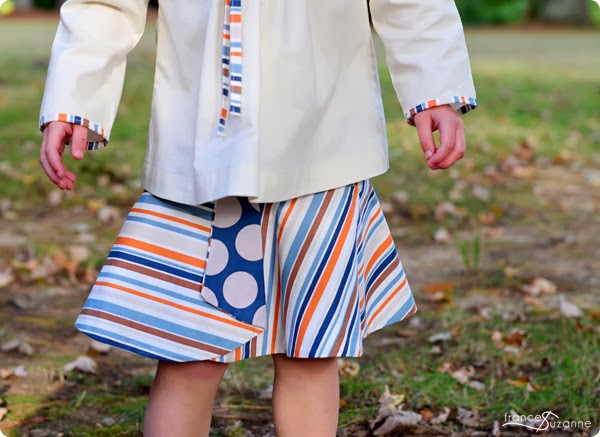 This sport seeps into every facet of our daily lives….
from news sources, to workplaces, to church services
{embarrassingly true, and not the place for such….don’t get us on our ‘soapbox’ on that subject}
EA’s “fall fabric” outfit is made using the following patterns:
Oliver and S, 2 + 2 Blouse
Oliver and S, Hula Hoop Skirt {reversible} 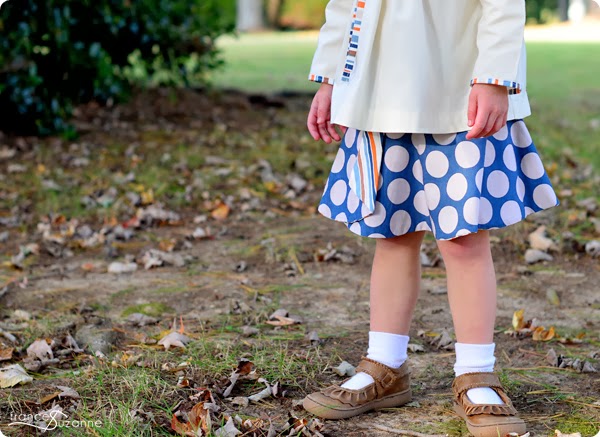 It was made using the fabulous color combination of orange and blue,
{compliments of her aunts’ impeccable taste on seasonally appropriate color schemes}.

Fabrics were bought here {and for a more thorough tour / shopping experience – click here} on our annual New Year’s Eve ‘fabric shopping excursion’!
Photos were taken on a beautiful, crisp autumn day…..high 67.
Yet, someone decided it was cooooooooo-ooooooold. 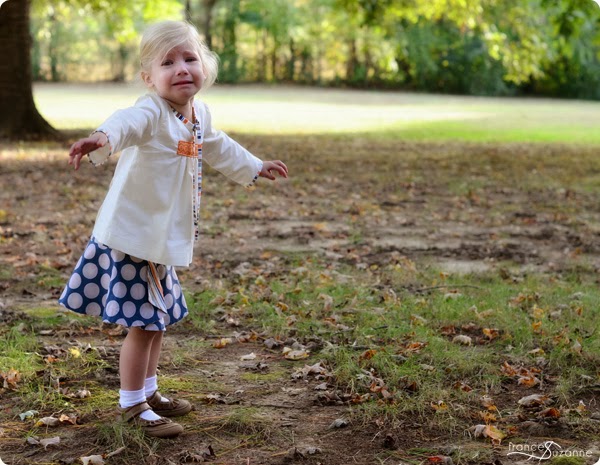 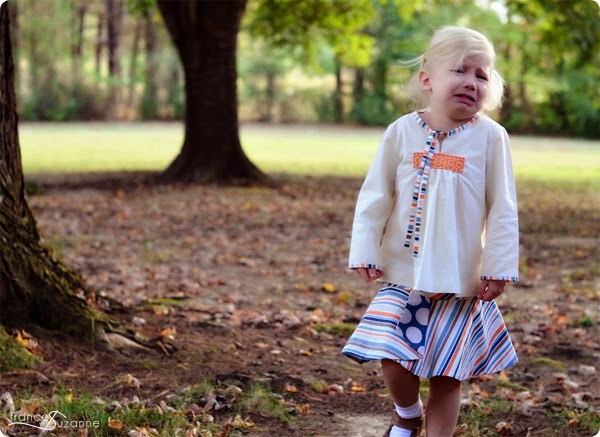 One unmentionable aunt proceeded to anger someone even more
by continuing to take photos during a complete and utter three year old meltdown. 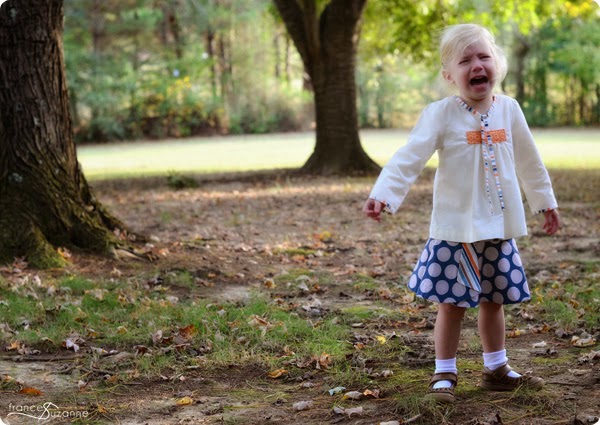 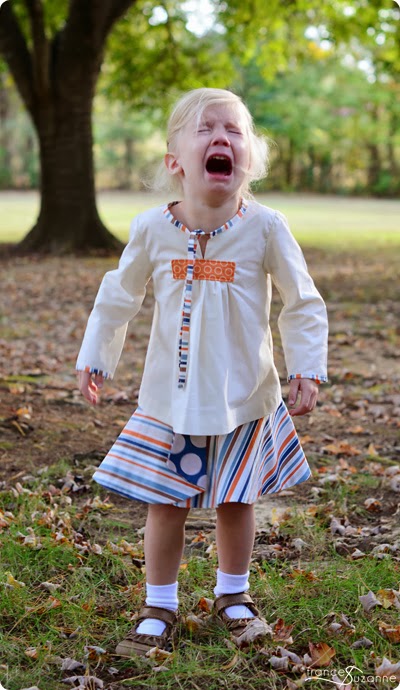 So, here’s hoping tomorrow’s outcome won’t leave a certain minority team looking so blue…
and that a three year old will be able to hum a favorite fight song a time or two through the course of the game! 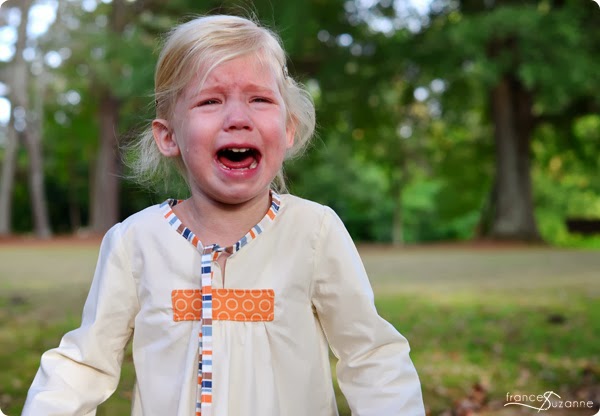 And, for any non-committal “football fans” out there {not that you’d be here in this state…alignments must be drawn}, it’s always fun to pull for the “underdogs”! 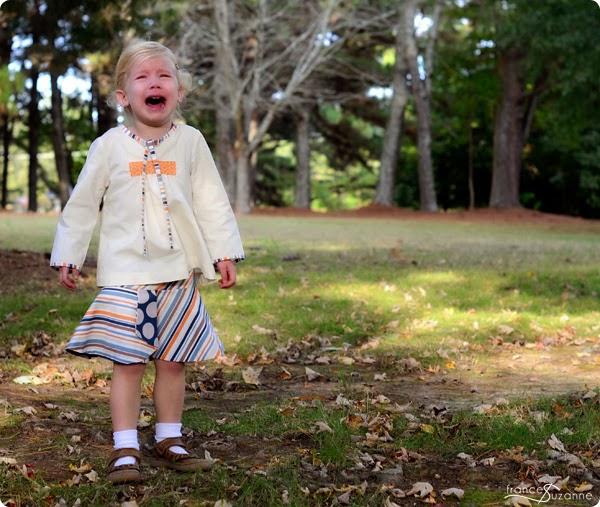 **And if you were curious…..EA has worn this outfit several times since these photos were taken and LOVES IT!! Her eyes light up every time she gets to wear her ‘polka dot’ skirt….


Best luck to you. In the state of Idaho there is pretty only one team BSU. And then I married into a BYU vs. Utes family. I am raising my children in the right way, BSU all the way.


I love that blouse! And I love reversible skirts. =)
I can commiserate with you on the three-year-old meltdowns… somebody (not me!) fed mine chocolate cake for breakfast today, and she turned into a puddle about 2 hours later. I have noticed that children seem to feel the cold more intensely than adults… mine are often dragging blankets around or putting on coats when I’m actually too warm.


LOVE this post! Maybe, just maybe she doesn’t like football…just saying that could be the reason for the melt down:) Love the whole outfit too!


Just had to stop by and say Congrats!! Love the outfit too! Everything you do is just adorable!


Oh, poor darling! I have never seen her with anything but a smile on her face!