I admit it, when my eyes were first opened to the world of Oliver + S patterns, the Birthday Party Dress was my absolute favorite pattern.

I dreamed of it. I envisioned it. I was dying to sew it. . .BUT it had a three scissors difficulty rating. I felt like I needed to get some other projects under my belt first before delving into it, because I wanted it to be a perfect experience. 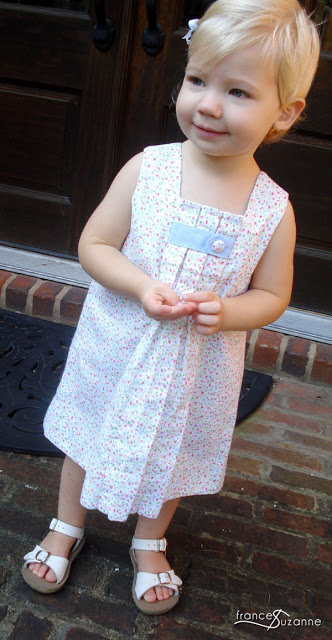 Emily {suzanne} and I ended up choosing some fabric from our fabric stash of “way back when.” Then, once I was brave enough to attempt my first three scissors project, I hit the ground running. And, all I can say is, I LOVED every minute of it…all the way down to the results. I had no problem with this pattern and remember being pleasantly surprised it was as easy as it was for the three scissors difficulty rating. 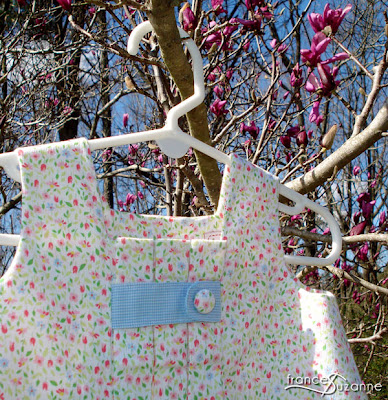 I still adore this pattern, but my eyes have since been opened to the endless possibilities of multiple Oliver + S patterns via the flickr group. Now, if only there were more hours in the day.

Birthday or Un-Birthday, I think this pattern is perfect for 365 days of the year! 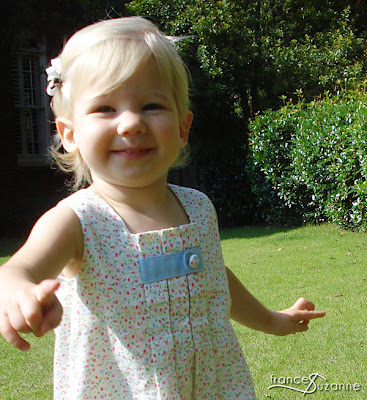 
I think all of the Oliver + S patterns are truly easy despite the number of scissors/difficult rating.
This dress looks just great! Love your fabric choice with the blue contrast tab.
Looking forward to seeing more versions of this pattern from you two!


We had more difficulty with the 2-scissor swingset yoke than this 3-scissor pattern! We’ll get around to sewing some more versions EVENTUALLY….after we sew several more O+S patterns not attempted yet.