Ahhh…..we’re finally able to sharpen our scissors and think through some late summer / early fall projects. After our last cutting, bagging, and tagging of our niece’s entire spring and summer wardrobe, it’s been forever a while since we’ve cut several outfits in succession. We’d like to think we are becoming a bit wiser in this process because we opted to NOT cut the entire list of items at once. Instead, we have divided it into 3-4 cutting sessions with sewing between each….knowing there will be other sewing bandwagons (pleated penny pattern testing, shorts on the line, project run and play sew-along, etc.) we’ll want to jump on as we move through the list. The pictures below are from our first cutting session that lasted, oh…a few weeks, because of the above-mentioned bandwagons we have already jumped on. 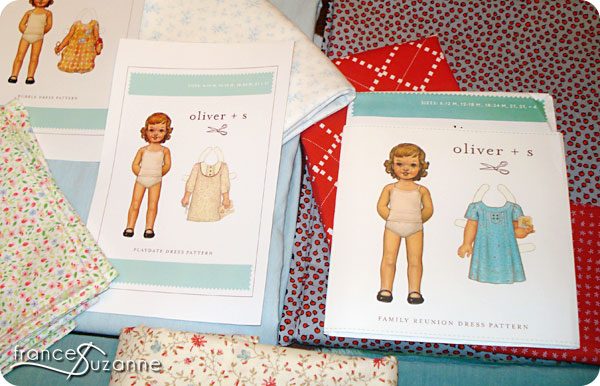 The photo is a little deceiving because some of these fabrics will be used to make multiple outfits and/or variants of the same outfit.

We are also planning to attempt a few blogging techniques that we’ve read about on some of these, so there may be some surprises yet to be seen through the pictures! 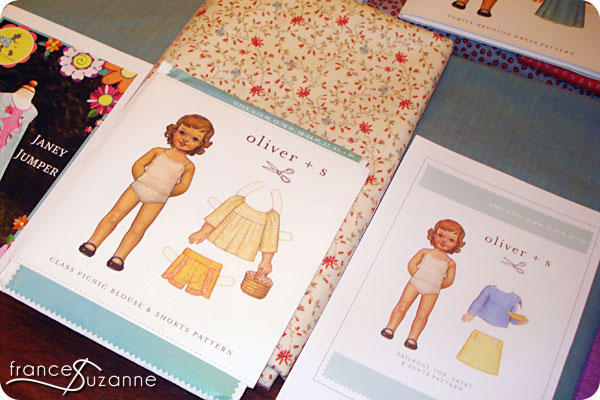 After making our list and prioritizing the projects, we looked at the pictures and noticed a strong theme emerging. Oliver + S, anyone?!?! In our defense, we have not tried or tested any {technically, all but one} of these patterns yet. So, ready or not, Oliver + S….here we come!
We’d love to hear: “What have you sharpened your scissors for lately?”


I always hated the cutting. I’ve not sewn anything in over 4 years – I sold my sewing machine when I moved. However, I recently learned to crochet baby booties in addition to the afghan and cap that I normally do. That’s surely considered sharpening something!


Girl…you’ve got us beat on crocheting!! We wouldn’t touch that with a 10 foot needle :). DEFINITELY considered sharpening…


[…] what truly makes this exciting! We’ve finished pretty much all of the clothing from when we sharpened our scissors last time, plus five weeks of project run and play sew-along entries (Very Biased Skirt Remix, […]